Join The Final Score team as they wrap up the 2016 AFL Grand Final where the Western Bulldogs created history by winning the club's first premiership in 62 years. 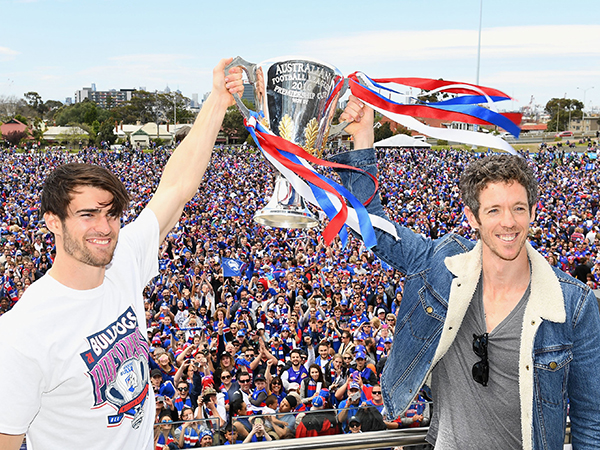 Join Val, Joel and special guest Jeff Dickinson-Fox as they discuss the big talking points from the biggest day on the AFL calendar.

The NRL grand final is also on the agenda, with the Cronulla Sharks breaking their premiership duck by defeating the Melbourne Storm by two points in Sydney.

The team also review the weekend’s Premier League action, where Manchester City have been pulled back down to earth by Tottenham and Liverpool is making its move.

Finally the team review the Formula One race in Malaysia, where Australian Daniel Ricciardo won his first race in over two years in a pulsating affair.

All that and more on The Final Score.

Bob Murphy and Easton Wood of the Bulldogs with the trophy at #WhittenOval today #bemorebulldog pic.twitter.com/OGlpJn90sP