A new sports panel-show will commence its live broadcasts on upstart from Monday. 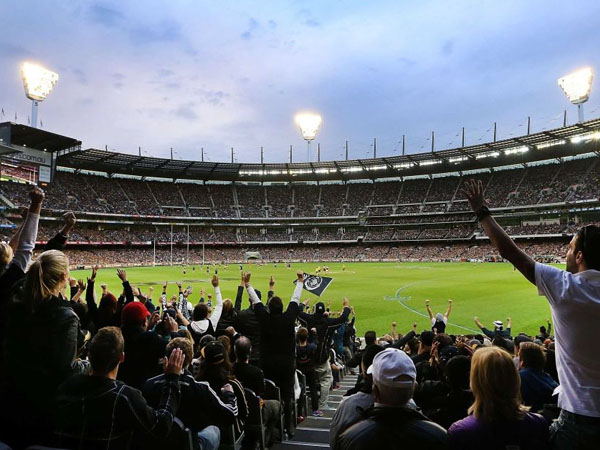 The new show, The Final Score, will stream live on the homepage as an extension of the upstart LIVE broadcasts which started earlier this year.

The program will be hosted by final-year journalism student Val Febbo, who also currently hosts the weekly Break Point Podcast on upstart.

Febbo will be joined by fellow students weekly to discuss and dissect the week in sport, in an insightful and (hopefully) humorous way.

“We have a long tradition of doing live broadcasts on upstart,” Koç says.

“In 2013, we did our first live stream on the night of the federal election, where a group of 15 students came together to cover the night Tony Abbott’s government was elected.”

“Following the success of that program, we went on to cover the next two AFL grand finals live on upstart, which was so rewarding from a teaching perspective as the students got to experience first-hand the demands of live television.”

“These projects led to the establishment of upstart LIVE, where our students broadcast a weekly live program. We’re now extending that with The Final Score, which is very exciting.”

“They’re all mad about sport, which is wonderful. Ultimately the whole project is about the learning outcomes for our students, which will be enormous.”

The first program will also feature a preview of the upcoming Rio Olympics, as well as a discussion of the ANZ Championship grand final, featuring final-year sports journalism student and Netball Australia intern Vivienne Duck.

Tune in to The Final Score from 1.00pm on Monday, August 1st.