As journalism jobs dwindle, is freelancing a realistic substitute for a career? 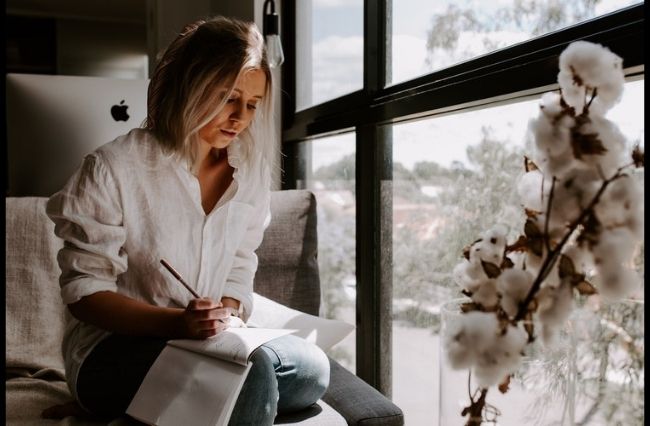 Buzzfeed Australia laid off 11 staff in January, Fairfax cut 144 jobs when they merged with Nine Entertainment last year, and one recent study suggested that three quarters of journalism graduates won’t even land a job in media.  Let’s be honest – the outlook for aspiring writers is bleak.

As traditional media roles dwindle, professionals are being forced to think beyond the standard scope of employment to pursue their career.

In this new economic reality, freelancing is emerging as a promising prospect for writers.

Despite having existed for as long as journalism has been a profession, a recent study has observed a noticeable rise in atypical journalism employment, i.e. the freelance market. Freelancing involves departing from the security of singular employment, becoming your own boss and working directly with clients. This means forfeiting annual leave, sick leave, maternity leave, superannuation, and a steady wage for the uncertainty of self-employment.

In a writing context, this typically requires you to source your own gigs, establish your own charge rate and manage your own work hours and agenda.

Be it pitching articles to publications or copywriting for clients, the role is almost always an elaborate balancing act of various jobs on the go at once. It begs the question – without the security of a steady income and workplace benefits, is freelance writing a viable full-time career?

Katelin McInerney is Director of Media at the Media, Entertainment & Arts Alliance (MEAA), a trade union campaigning for the fair rights of freelance professionals in the industry.

She says that financial conditions pose the biggest threat to writers contemplating freelancing as a primary source of income.

“When you’re looking at freelancers making a living, because there is no set minimum word rate or hourly rate, the challenge, of course, is making freelance work sustainable,” she said.

But it’s not just the amount writers are being paid that is cause for concern.

In most cases, writers can wait months to receive payment for their work.

Doug Wallen is a professional writer who worked as a journalist for multiple news outlets in the US before moving to Australia with his wife 10 years ago.

Now a career freelancer, Wallen explains how the interim between payments is one of the hardest aspects to tackle.

“Often from the time I write something to the time I get paid for it can be two or three months.”

While their employed counterparts are assured a steady influx of money for their hours of work, freelancers aren’t afforded the same benefits.

Unfortunately, the answer isn’t as simple as picking up more gigs to compensate for any financial deficits they face.

After hanging up the headphones on a successful radio career, Leacey dove into freelance writing as a means of pursuing greater creative freedom.

Leacey says that when working as your own boss, you are the only limit to how much work you take on, and often it’s hard to know where to draw the line between productivity and burnout.

“When you’re your own brand or company, then you reap what you sow,” she said.

“If you commit to heaps of stuff then it’s on you to make sure that you fill those commitments. If you don’t do enough work then it’s on you that you have no money in your bank account. Figuring out the balance of how much do I need to work so that I can live the life that I want to live but then how can I not also get so freaked out about when my next gig is coming in that I just end up working six weeks in a row, 80 hours a week and then burning out and becoming sick.”

However, maintaining that work balance may become a distant worry if writers are unable to secure work in the first place.

The unfortunate reality for aspiring journos is that publications have only so much money. As the industry struggles to stay afloat, the budget for commissioning freelance writers dwindles.

This is not to say that writing is not a viable career, it’s simply a matter of being smart about how you operate.

McInerney says in order to make it work as a freelancer, the secret is to adapt your skills to the demands of the market.

“The majority are not working exclusively as freelance journalists, they make up an income from a variety of different content creation areas and sources,” she said.

Both Leacey and Wallen acknowledge that their jobs come with compromises, but neither of them possess a shred of resentment for their choices.

For Wallen, it became a matter of prioritising aspects of his life to allow him to pursue his passion.

“I have completely adapted my lifestyle to be able to survive on a lower income – a more sporadic income,” Wallen said.

“We live out in the country you know and we didn’t try to buy a house in the city or anything. Even though we have two kids, we have just always tried to live really modestly. We have a lot of second-hand things. We just don’t go out and spend a lot of money, [we’re] just really thrifty in most aspects of life.”

In contrast, Leacey sought out a home that would allow her career to thrive without having to compromise her lifestyle.

“I could probably live in Australia off what I’m earning now in Bali but I wouldn’t be getting a facial every two weeks, a massage every three days, ordering Go-Jek twice a day and riding a motorbike and doing all the things I do that either make my life cheaper or more luxurious in only the way that Bali can,” she said.

Surviving versus succeeding in the freelance world is a challenge in itself, and according to Leacey, the key is to be pragmatic in a highly competitive landscape.

“Knowing that you’re not being taken for a ride, you’re being taken seriously, that you’re getting paid the right amount for the work that you put in. I guess that kind of mitigates a lot of crazy hustling that freelancers do that ends up getting them into a bit of trouble.”

It all goes to show that, when executed well, freelance writing is an alluring prospect for writers.

But is it fair that the financial, physical and mental toll be so disproportionate to that of their employed colleagues?

This is an inequity that the MEAA is fighting to change.

Their ‘Fair Rights 4 Freelancers’ campaign is fighting to change the laws governing freelancers in Australia.

Under the current Fair Work Act, people in the workplace are either considered ‘employees’ or ‘not employees’.

These categories determine whether you’re granted basic work protections and awards, including a minimum rate of pay.

McInerney says the union is fighting to have this distinction amended so that freelancers are remunerated equally in the workplace.

“You should be paid the same rate as someone who is a salaried worker doing that same work,” she said.

“We want to ensure there is a minimum rate of pay for freelancers, and make sure that the terms on which they are engaged are not seeing them worse off than their salary journalist colleagues. We want to win the right to collectively bargain as a cohort of freelance journalists and be able to access our rights to collective action part of that.”

The current state of the freelance landscape is certainly not for the fainthearted.

Wallen and Leacey are proof that going your own way is not only viable but deeply rewarding for those passionate enough to grab it by the horns.

It may be a career path fraught with unpredictable obstacles, but Wallen says it is one he is extremely grateful to pursue.

“I struggle with certain aspects of it but I, for the most part feel very, very lucky,” he said.

“I just really enjoy what I do. Honestly, it’s the kind of stuff I would do for free, most of it.”

Hannah Matchett is a third year Bachelor of Media and Communications (journalism) student at La Trobe University. You can follow her on Twitter @matchett_hannah