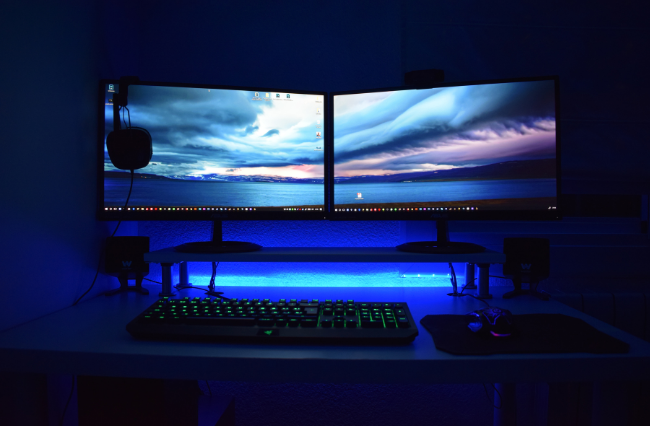 With more than 300 hours of video uploaded every minute and almost five billion videos watched every day, it’s tough to become famous on YouTube. It’s not easy on Twitch either. The livestreaming platform is home to 15 million daily active users and three million monthly creators.

It is generally thought that the most successful creators are the ones who upload high quality, popular content at a consistent rate. Small online content creators follow the same processes. The numbers may not be as large, but they do their best to upload consistently, regardless of their views or subscriber count.

Farhan Majumder has been creating content on YouTube since 2012, posting videos on his main channel “DrFunnel”, along with his other channels “FunnelTech” and “Dr.Funnel Gaming” where he streams. His main channel has reached 299 subscribers, where he uploads a mix of gaming videos and vlogs.

The inspiration to start creating his own content came from the YouTubers he followed and the games they played. Majumder found motivation from channels such as “Keralis”, a Minecraft building YouTuber.

Now at the age of 21, streaming over the last eight years has given Majumder a greater understanding of the internet landscape. However, he is still working through his own self-criticism.

“I often find myself overthinking when trying to produce or record a video, and also find myself judging the end product before I even craft it. It definitely makes creating videos more challenging,” Majumder told upstart.

This year, he began streaming on his main channel and his gaming channel as a fresh new way of doing gameplay commentary.

“Streaming just felt the natural way to go with it and seeing the boom that it was having with people quarantining due to COVID-19, and the extra time I had in my hands, it felt natural to ride the wave,” he said.

He found inspiration from “DrDisrespect”, former Twitch streamer and current YouTube streamer who currently has just over three million subscribers. Majumder says he strives to achieve a similar level of production value and consistency.

Going through a similar grind as a small content creator is Nathan Jones, who posts AFL SuperCoach videos on YouTube and occasionally streams gaming content on Twitch. He first picked it up as a hobby, using the platforms to talk about sport. His channel “Big Tasty” has recently grown to 31 subscribers.

He found motivation to start his own channel through his friends. Seeing them take up streaming themselves made him feel comfortable to give it a shot.

“My friends had a huge role to play in me putting my mind towards creating content. With multiple friends that have begun YouTube channels as well as consistently streaming, I learnt how to become comfortable with what to make and how to produce it,” Jones told upstart.

As far as the numbers go, Jones isn’t fazed by statistics such as a low subscriber count. However, he does say that a recent increase in viewership during this year’s AFL season was a big motivator for him.

“The big jump reinvigorated my want to make good content that people enjoy and was just overall a good heart-warming feeling for myself knowing people are willing to give the content I make a shot,” he said.

For Majumder, it has been something to think about because he’s been on YouTube for longer. But he acknowledges that he’s been a bit inconsistent in terms of uploading.

“I do wish to make something out of these platforms I create in, and I think I really need the drive of people’s support and encouragement to spark my creativity again to a higher level,” he said.

Creating content for many years has given Majumder and Jones an opportunity to reflect and think about what they would tell their younger self starting their journey in content creation.

“I would tell the younger me to invest all his youth time pumping out as much content as possible, to believe in the silly ideas and projects he was doing, and to see more of his videos through,” Majumder said.

“I would tell him to commit more time into it and getting his friends and family more involved in his content to really cement it as a part of his life, and I think by doing that, he would garner a lot more success faster.”

For Jones, it’s all about just doing it.

“I have a very bad tendency to overthink things to the point they don’t happen, so if I could give myself any advice it would be to just do whatever I think is good and stop overanalysing everything,” he said.

Article: Stephen Riosa is a third-year Bachelor of Media and Communications student (Sport Journalism) at La Trobe University. You can follow him on Twitter @stephenriosa.

Photo: Two Computer Flat Screen Monitors Turned On by XXSS IS BACK available HERE and used under a Creative Commons Attribution. The image has not been modified.