While their American contemporaries get the airtime, Chris De Silva explains why you shouldn't sleep on Australian rap artists. 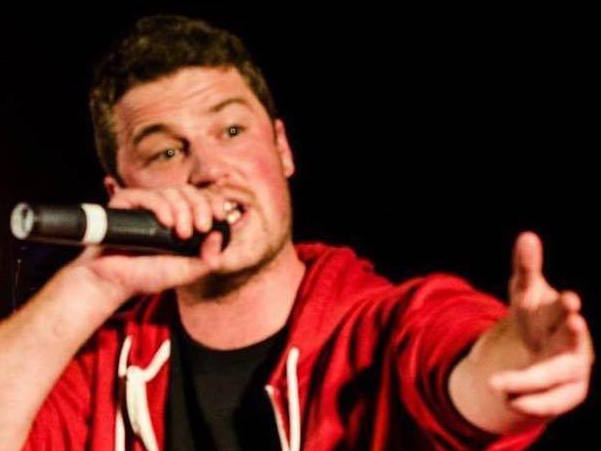 When Canadian rapper Drake released his fourth studio album Views, it sold over 600,000 copies on iTunes in its first 24 hours of availability.

Views sat alongside Kendrick Lamar and Kanye West‘s recent albums as high-selling, critically acclaimed works to add to the oeuvre of American rap.

And while the American rap scene booms, artists in Australia have found it tough to gain the following of their counterparts across the Pacific Ocean.

Local hip hop artist Luke McClounan feels that Australian artists have been unable to gain a following due to their different sound.

“I think that when it (hip hop music in Australia) started, the Australian accent stood out for a lot of people,” McClounan – stage name ‘Clue Emcee’ tells upstart.

“The idea of ‘BBQ’ or ‘Centrelink’ raps is an assumption made by many on what Australian hip hop was. I think that idea has kind of stuck around and been passed on, without many people giving it a go.”

McClounan burst onto the local hip hop scene after winning a competition at the Groovin the Moo music festival two years ago and now has a single on iTunes.

He says that there are several up and coming local rap artists like him to watch out for in the coming years.

“Around Melbourne, there are a lot of young guys that are showing a lot of potential, such as Ry, Eloji and DEX, who will be big names over the next few years,” McClounan says.

McClounan suggests the success of artists such as 360 and the Hilltop Hoods shows the similarities between Australian and American rap music.

“I think a lot of people don’t realise how similar it can be. Artists like the Hilltop Hoods, Bliss n Eso, Seth Sentry, Illy, Horrorshow and 360 have been killing it doing different things for years,” McClounan says.

“They’re able to deliver quality lyrics, great beats, and everything that people love about hip hop.”

An ability to tell a story is innate to hip hop. Whether it be Kendrick Lamar rapping about growing up in Compton, or J. Cole speaking about his mother’s home being foreclosed, the best rappers are good storytellers.

According to McClounan, wherever in the world you may be, the language spoken by rap artists is still the same.

“Lyrically, we’re all just storytellers, It’s not about girls and cars and clothes and money all the time, but just telling stories about our lives,” he says.

So what goes into making a successful hip hop track? McClounan suggests that there are several important factors to look out for.

“A lot of hip hop fans like a hard beat. Me personally, I’m a huge fan of lyricism,” he says.

“My favourite songs have a series of words that roll off the tongue so smoothly that it makes me love it even more every time.”

While the art of rapping is on the rise, McClounan says there are still significant walls to break down for Aussie hip hop to succeed.

“In regards to radio play, Triple J is one of the only stations willing to give Australian hip hop airtime. Even the bigger artists, like the Hilltop Hoods and Bliss n Eso struggle to get airtime outside of Triple J.”

“It’s good to see guys like Allday get love overseas. Allday even got a chance to rap on Sway in the morning last year, which was a huge step for hip hop in Australia,” McClounan says.

“I think it’s going to take a few more guys like [Allday] to break down those walls…but once Americans start to endorse [Australian rap] more, I feel like the respect over here will follow.”

Chris De Silva is a third-year Bachelor of Journalism student at La Trobe University and a staff writer for upstart. You can follow him on Twitter @cdesilva23.