With celebrities, brands and everyday social media users being called out for performative behaviour, the issue of how to partake in genuine online activism has become increasingly relevant. 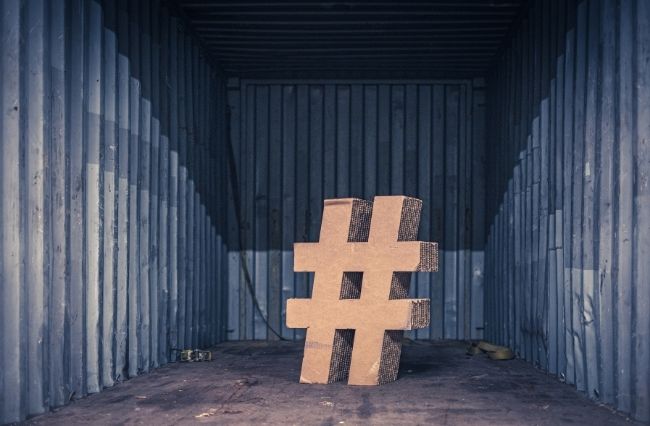 Performative activism is an expression that has been thrown around a lot lately, as social justice issues such as the Black Lives Matter movement gain traction and attention across the world.

Although the term lacks a formal definition, it recently has been used derogatively to call out activism that occurs mostly online, and that is executed by individuals who want to appear to be invested in issues of social injustice but do little to actually effect change.

Google Trends suggests that the search phrase performative activism has taken over from a previously popular term, slacktivism, forged from slacker and activism and defined as showing nominal support for social or political causes.

Slacktivism was first coined in 1995, but over the last decade it can be linked to movements like the Kony 2012 Cover the Night campaign, which endured a lot of backlash and criticism for failing to foster real change from an online movement.

According to Google Trends, over the last 12 months the search term performative activism reached peak popularity in the week of 21 May 2020, just 6 days after the death of a 46-year-old black man, George Floyd, at the hands of Minneapolis police officers.

Following the death of George Floyd, Instagram users took to the platform posting black squares accompanied with the hashtag Blackout Tuesday. Initially the movement was a collective protest against racism and police brutality organised by the music industry.

But, the action soon garnered attention from celebrities and social media influencers worldwide, leaving the initial purpose of the movement lost in translation.

“The #BlackOutTuesday black tile campaign on Instagram highlighted how powerful peer influence can be on social media in terms of not wanting to be seen as complacent and silent on a significant and very public social issue,” Turner told upstart.

Initially the #BlackLivesMatter hashtag was being used to spread information on petitions to sign, donation links and other important information relating to the cause. Once the black tile campaign took off, the hashtag was filled with black squares.

IF YOU ARE PARTICIPATING TODAY BY SHARING A BLACK SCREEN, PLEASE USE THE HASHTAG #BlackOutTuesday . USING #BlackLivesMatter SILENCES BLACK VOICES.

IF YOU HAVE ALREADY POSTED, REPOST. YOU CANNOT EDIT, AS INSTAGRAM LEARNS THE ALGORITHM.

“Unfortunately, due to a lack of context and clear instruction, the campaign ended up muting very important #BlackLivesMatter content and Black voices,” she said.

In a time where activism and initiating social change is very much limited to online protest and acts of solidarity, the question of how to avoid falling into a trend of performative activism and being labelled a slacktivist is troubling many social media users.

Danny Hickey is a student who regularly uses their various social media platforms to raise awareness on concerns of racism, sexism, homophobia and other issues that impact minority groups. When engaging with political or social matters online, they regularly come back to the question of whether their input is offering something effective to the discussion, to avoid posting just to be loud.

“There’s kind of competition between a lot of people online to sort of score more woke points than other people, it’s quite sad because then it becomes all about you,” Hickey told upstart.

Social media has proved its worth in spreading information and drawing attention to particular topics, but in its cyclical nature it’s easy for issues of social injustice to become lost in a trend that quickly dies.

Facebook has made it easy for users to show their support for various matters with profile picture frames, like the ‘Vote Yes’ filter in relation to the same-sex marriage plebiscite in 2017, this action of adding a frame to your display picture has been widely critiqued as performative and many have questioned the effectiveness of such actions.

“Performative activism is often when you don’t take that next step,” they said.

“The filters and stuff they’re not inherently bad but they kind of become bad if you’re not spring-boarding off them and doing more in your real life.”

Another concern is that with so many issues of injustice arising each and every day, it can become hard for activists to spread themselves equally across the board in an effective and meaningful way.

Particularly, in relation to the Black Lives Matter movement which is largely centred around systemic racism and defunding the police in the United States, for an activist in Australia, social media can be an alternative way of involvement when they can’t physically be present at protests.

Jessica Ison is a Coordinator for La Trobe Violence Against Women Network (LAVAWN) and in her personal life she regularly involves herself in activist struggles. Ison recognises activism isn’t straightforward, particularly in the time of COVID-19 where social restrictions limit how much work can be done offline.

“You can’t, living in one country, genuinely be on the ground and active in a struggle in another country, that’s just not realistic obviously,” Ison told upstart.

Similar to Hickey’s point of view, Ison highlights the main issue that surrounds performative activism is the ability to translate your online presence into physical support and solidarity.

“What are you contributing to? I think is the bigger question and the important question. You might not get it right online, but are you part of struggles? If you have that capability,” she said.

The internet and social media have provided multiple avenues to advocate for social equality, yet participation in virtual movements presents the opportunity for critique and backlash.

Breanan Turner believes the easiest way to make activism more meaningful is to question personal motivations and be honest about the capacity you have to participate.

“Activism isn’t always a choice for people, but if you do have the privilege of choosing to participate, the best place to start is by educating yourself as much as you can about the issue, listen to the people most impacted, reflect, and if it feels right to act, then have a go,” she said.

Article: Aisling O’Mahony is a third year Bachelor of Media and communications (Media Industries) student at La Trobe University. You can follow her on Twitter @AislingOMahony

Photo: Brown ampersand concrete stature inside an intermodal container by Jan Baborák available HERE and used under a Creative Commons Attribution. The image has been resized.