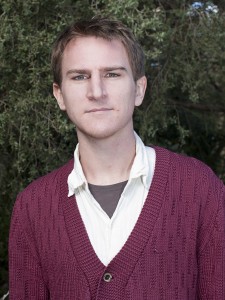 But with less than 12 months before the carbon tax takes effect, Labor is fighting an uphill battle to sell its package and allay fears in the small-business community of an impending collapse in consumer spending.

By taxing Australia’s biggest polluters and using the revenue to modernise industry and business, the government has developed an exhaustive and detailed plan.

But the best policy often means nothing if the public doesn’t understand it.

In the regional Victorian town of Seymour, 90 kilometres north of Melbourne, local retailers have mixed responses to the tax.

Seymour is indicative of a national trend in Australia’s regional communities – it faces increasing costs for fuel, electricity and goods trucked in from throughout the state, reduced consumer spending and an exodus of young people moving to the city for employment and education.

And so the poorly sold carbon tax is an unwelcome burden.

‘What we’re told is that it’s the biggest users of carbon in industry being slugged a tax for doing so, how it will affect us… the price of everything will go up,’ says David Pym, the owner of Seymour Motors.

Local butcher, Shane Williams, is also concerned over rising cost saying that ‘since all the talk of a carbon tax has come about, the cost of utilities has gone through the roof and people aren’t spending in the shops.’

This mood echoes throughout the town despite Labor’s promise to cut income tax, top up social security benefits and provide an additional $240 billion to help small businesses adapt to the ‘clean energy future’.

But after spending $25 million promoting the tax and the financial assistance that will accompany it, the message doesn’t seem to be getting through.

‘The average Joe on the street simply isn’t going to have the money to spend,’ says Tom Jack, a key cutter in Seymour.

‘And so it is going to affect my bottom line and indeed it already has, the mere fact that their already talking about a carbon tax has tightened up the money, those that have money are holding on to it.’

Gourmet food retailer, Mark Dossor, agrees. ‘There’s a perception that people will be taxed more and that will cut back on spending,’ he says.

The concerns being expressed by Seymour’s small business operators mirror a recent survey released by the Australian Retail Association.  The survey found that 83% of retailers expect consumers to spend less, with a further 85% saying the carbon tax will have a negative effect on their profitability.

‘Over a third of retailers surveyed said they would shed staff as a result of lost trade due to the carbon tax and a further quarter just weren’t sure what the effects of the tax would mean for their staffing levels. As an industry that’s Australia’s largest employer of people, this is a disastrous finding,’ says Russel Zimmerman, the executive director of ARA.

A MYOB Business poll released this week surveyed 3,500 Australian business and found 65% of respondents believe the carbon tax will negatively affect their business.

‘Putting a price on carbon to change behaviour and reduce CO2 emissions makes sense, however selling it as a new tax was never going to go down well with Aussie business owners in the current economic environment,’ says MYOB chief executive Tim Reed.

There are concerns that if Labor continues to struggle selling its carbon tax, it could be in trouble come the next election.

Food retailer Mark Dossor says this might play in the voters’ minds for sometime to come.

‘A perceived problem can have just as dramatic effect as a real problem.’

Michael Nolan is studying a Graduate Diploma in Journalism and is part of upstart’s editorial team.  You can follow him on Twitter: @michael_nolanl8.