COVID-19 has put a hamper on many aspects of society, but how has the collecting community fared? 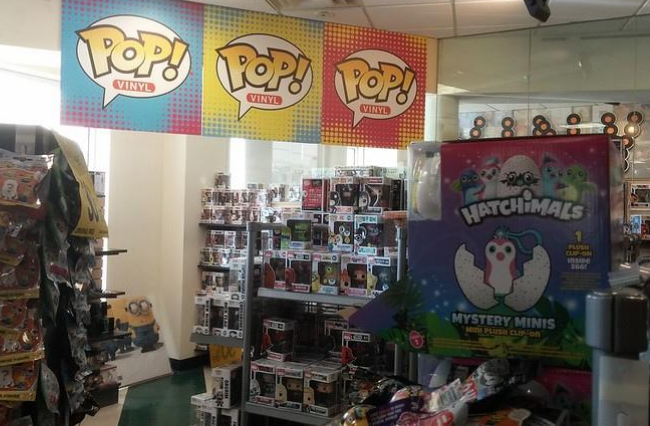 Collecting is a hobby that brings joy to many people around the globe. It can be anything from toys, stamps, cards and money to rocks, soap and fruit stickers. Basically, if it exists, it can be collected.

There are also entire events dedicated to collecting, or where it plays a significant role. Comic-Con is one of them.

Comic-Con is a multi-genre entertainment and comic book convention held in many countries. Every year people can buy a plethora of items from Comic-Con, including clothing, figures, Pop Vinyls and comics.

San Diego Comic-Con International (SDCC) in the United States, is the biggest Comic-Con. SDCC 2020 was scheduled to take place from 22 to 26 July but was cancelled due to the COVID-19 pandemic. As a result the new toys and collectibles to be revealed and available at the event were moved to online only.

“The thing that is hurting us is the lack of conventions and swap meet type events, as those events normally provide a big boost to our sales,” he said.

“I think this is a problem unique to our industry as the Comicon [sic] type events are a big part of the pop culture industry.”

Alongside the cancellation and postponement of collecting events, most toy manufacturing companies have been affected by COVID-19. Companies have had to either close, work from home or even lay off and furlough employees.

Moving online has also become a viable option for businesses who have been struggling to sell their products due to the lack of face-to-face interaction, and collectible stores are no exception.

Go Figure Collectables has had to move online not once but twice now with the second Victorian lockdown.

“We made many contingency plans and it was quite a nervous period going into the unknown,” he told upstart.

Go Figure already have a website for those who wish to buy online, so moving to a solely online business wasn’t as difficult, and made things easier for the second lockdown.

“The transition to an online only business wasn’t too tough, as we had all the infrastructure in place already,” he said.

“Closing for the second time was a lot easier and less stressful, as we already had the plans in place. Our customers have been really understanding the whole time, which has been fantastic.”

“Sales have been holding steady, some minor drops here and there compared to last year, but everything is remaining constant enough,” he said.

The collecting industry looks to have remained steady during COVID-19 because of its large online presence, but with public events catered toward the industry called off, this steadiness may not last.

Vermeulen also sees the negative impact COVID-19 has had on the entire collecting community.

“The collecting community has taken a big hit altogether, from not being able to get enough stock so people are missing out… to massive delays on some figures, collectors have already been waiting months/years to get,” he said.

“Smaller niche stores that rely on foot traffic [are] going under because they can’t afford the rent.”

There are so many collectors of all sorts of things, some can get their desired items online while others can’t. So for the people who prefer going in store, they can no longer do so.

There comes a time, such as a pandemic, where people must put aside or slow down their hobbies for other things in life. Jim Timonidis, a collector of WWE figures, says his collecting hasn’t been impacted much, since he works at a toy store. However, there has been some positives to staying at home.

He says he can appreciate his current collection more while staying home because he is “able to clean and organise [his] collection so it looks its best”.

With people having to shop online for their collectibles, Timonidis says he hasn’t because he doesn’t trust it.

“[If the item is wrong], I have to go through the whole process of returning it and it’s just too much effort,” he told upstart.

“I’d prefer to go in store and just pick what I want.”

The move to online shopping for collectors is a mixed bag because of the variety of collectors. Some people already shop online, so they don’t mind it, but there is also those who don’t. Timonidis says he has had to slow down and focus on other things, besides his collection, during lockdown.

“A lot of things have become a priority during these times,” he said.

“My studies have taken priority because I am able to spend more time on it… my family has also become a priority during these times as I try to help them to the best of my ability.”

Photo: Pop! Vinyl department by Retail Retell available HERE and used under a Creative Commons Attribution. The image has not been modified.