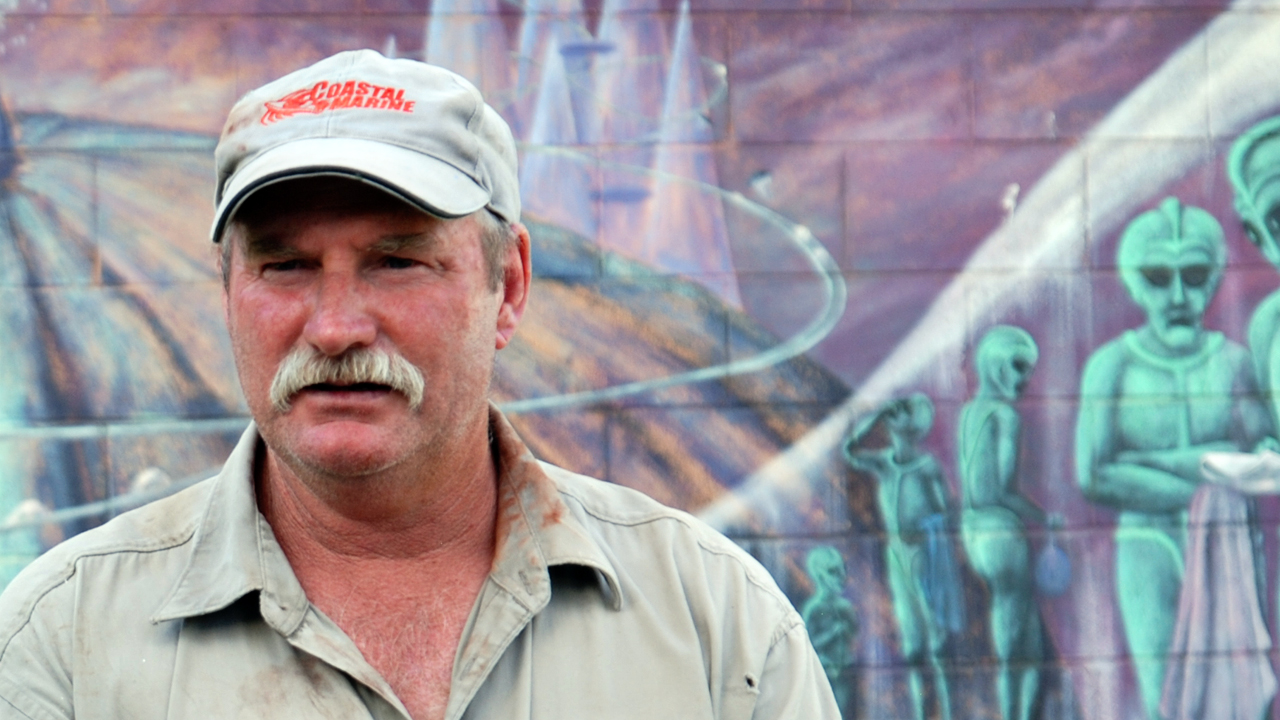 Four hours north of Alice Springs we find the self-proclaimed UFO capital of Australia. Wycliffe Well is more like a themed caravan park than a town. As we arrived in the off-season for tourism, we possibly doubled the overnight population when we pitched our tents. But we were well provided for, and they serve up a decent feed with a side of mystery there.

We caught up with manager Russell Perry who reckons he’d spotted a whole handful of UFOs in the last year – at least. As for our own UFO spotting adventure… you’ll have to watch the episode below and find out.

Wycliffe Well recently received an honourable mention in TIME magazine as one of the hottest UFO spots in the world. Apparently sightings are so common that you’re considered unlucky if you don’t see one. On top of that there are numerous accounts of attempted government cover-ups that feed into the traditional conspiracies surrounding the myths.

Earlier this year, The Herald Sun reported that Australia’s Department of Defence had apparently lost most of its UFO files. So, when the planned three-day UFO convention at Wycliffe Well in March got cancelled because the park got flooded…. well, it got cancelled. But for the sake of spinning an argument, let’s just say that someone didn’t want a bunch of UFO ‘scholars’, abductees and cryptozoologists to get together. Who knows what they’d come up with.

Check out our image gallery from episode 6 here.

Regardless of whether you’re inclined to believe in the myths or not, the UFOlogy scene is alive and kicking in Australia. There are several UFO groups located around the country. Should you at some point be spotting some undefinable, big bright fireball in the night sky, there’s a national hotline you can call and report the incident. It’s operated by the Australian UFO Research Network, and they will put you in touch with a local expert.

You may also want to contact the UFOlogist magazine for a write-up about your supernatural experience!