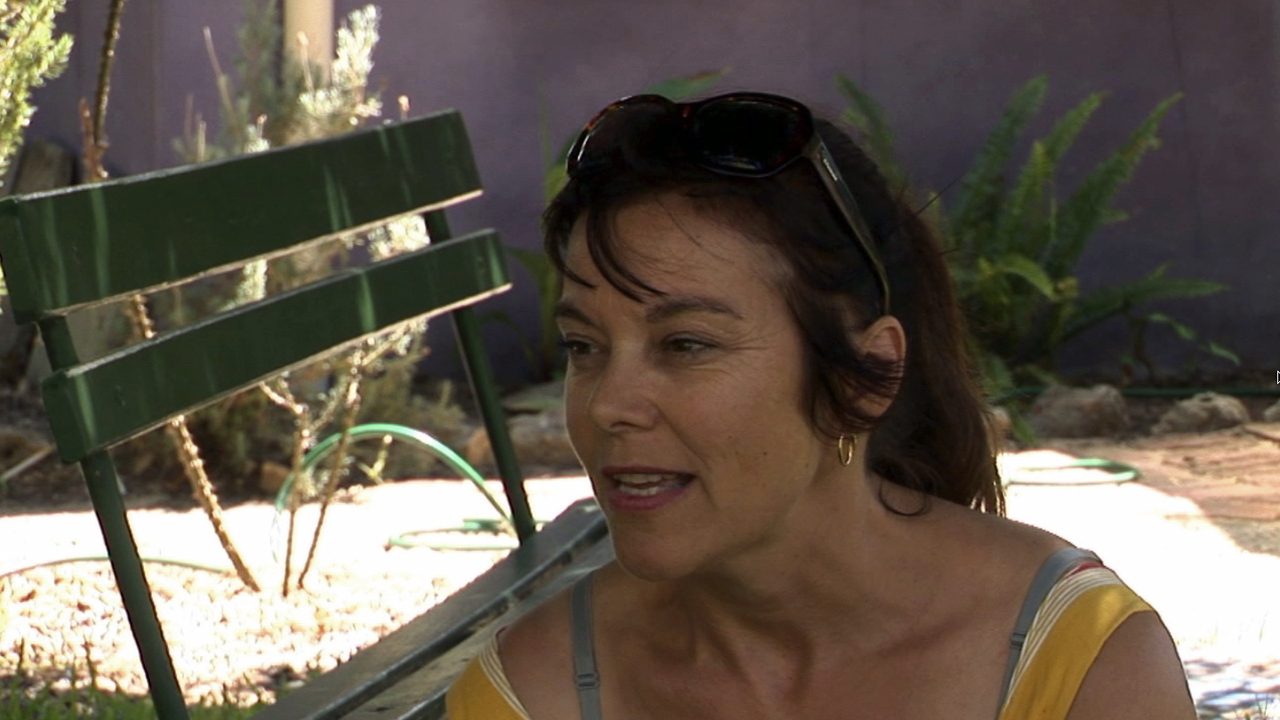 It’s time to send our Best Boy Eirik back home to Norway, from Perth. We then head to Fremantle to visit the Pinakarri community; a sustainability-minded suburban housing co-op in Hamilton Hill, the first of its kind in Western Australia.

After we finished filming we met French puppeteers Sebastian and Vanessa, who had travelled Australia for a few months and experienced the country from the inside of several communities and organic farms as members of WWOOF, or World Wide Opportunities on Organic Farms. 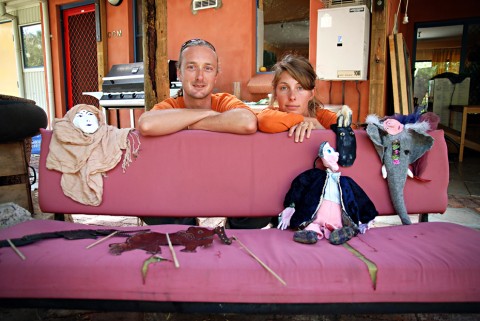 Sebastian and Vanessa with some of their creations.

WWOOF is an international organization for volunteers who are travelling and want to experience and contribute to organic growing, country living and ecologically sound lifestyles. In exchange for food and accommodation, WWOOFers help out their hosts with their daily chores for an agreed number of hours.

At Pinakarri, Sebastian and Vanessa were helping the residents with their dry composting, as part of the agreement. And when they are not busy with that, they were putting together a puppet workshop for the community. When we met them, they were readying a few Cambodian shadow puppets for an upcoming workshop.

The couple spent four months at the Souvanna Phum theatre in Phnom Penh to learn the technique, which almost died with atrocities of the Khmer Rogue, Sebastian tells us.

‘Under Pol Pot’s regime a lot of old culture was destroyed and forever lost. The shadow puppets were a forgotten piece of art that was rediscovered by a coincidence in the basement of the old theatre.’

Vanessa has worked as a puppeteer in France for ten years. Her last job was as a tour guide in a local museum back home, where she used her puppets to tell stories to visitors. Similarly, Sebastian used to be a social worker for children and also used puppets in his work. Together they started a non-profit organisation called Reve Sans Treve (dreams without limits) in 2003.

They’ll put on shows, or do workshops for anyone, anywhere. Before they entered Australian shores, the couple travelled through Middle Eastern countries such as Libya, Jordan and Syria with their alternative cultural enterprise. Travelling Australia as WWOOFers has been exciting, they say, though it has been a bit difficult at times, said Vanessa.

‘It’s not really easy all the time. Some places we have contacted have been a bit sceptic when we propose our skills.’

‘And some are a bit out of season and it is hard for them to sustain food and accommodation,’ Sebastian added.

But at Pinakarri, they were more than happy to have the couple come and teach the ins and outs of puppetry.

‘This is a really interesting community,’ said Vanessa.

‘I think they are more socially minded here than in a lot of other places in Australia where agriculture, or permaculture, seems to be the main focus,’ she smiled and picked up a freshly made elephant puppet to demonstrate the basics.