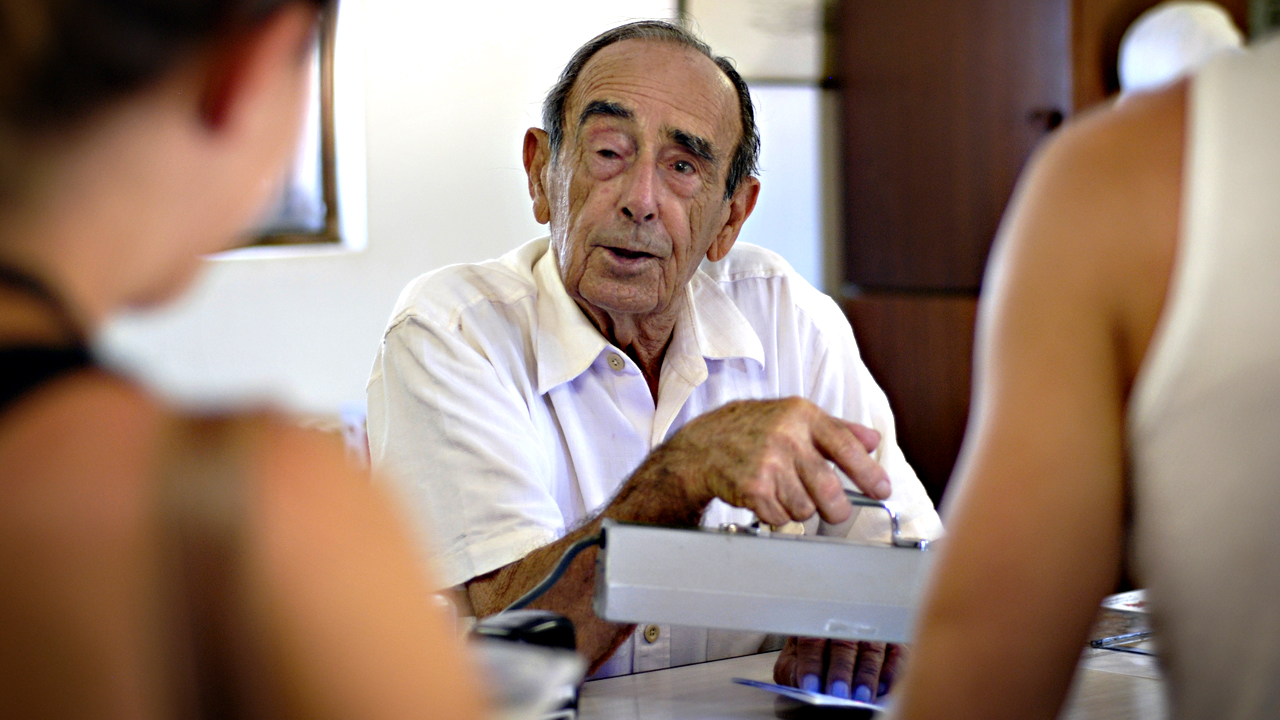 The Principality of Hutt River is Australia’s oldest micronation. Prince Leonard I and 30 other residents officially seceded from Australia in 1970, in an act of self-preservation, after the government technically threatened to take away both their livelihood and property. We follow the gracefully ageing Prince on a busy day in his Capital, Nain.

Briefly explained, a micronation is an entity that claims sovereignty but isn’t recognised by ‘real’ world governments.

Australia has a number of such entities, but no-one has gone to the lengths that Prince Leonard and the Hutt River Province have.

According to the Prince himself, and contrary to the above definition, he is, in fact, accepted as the sovereign ruler of Hutt River.

After handing over the secession papers in 1970 a meeting took place between himself and the West Australian Governor’s secretary, Lt. Colonel J.H. Burt.

‘I walked out of that meeting with the Queen’s permission – in a vague way,’ the 86-year-old Prince told us.

And apparently, a letter from the government exists stating that ‘We are not doing anything about it’ – referring to the secession.

So, the Prince has gone about his royal tasks ever since.

Prince Leonard claims to be the sovereign ruler over a country equal in size to Hong Kong.

The Principality of Hutt River boasts its own national currency (Hutt River dollars), a national anthem, and offers a range of nobility orders. There are ambassadors stationed in a number of foreign countries and the province even has a defence force. Despite not having a coastline, the prince claims to have a navy at his disposal.

You’d think the defence force would have come in handy when he declared war on Australia in 1977. However, the force wasn’t established until afterwards, and the war only lasted for three days and never saw armed confrontation.

In short, how did this all come about?

In late October 1969, it appeared the world’s wheat supply was in excess.

The government’s attempt to deal with this was to slam farmers across the nation with unbelievably low quotas, and completely disregard the work and the costs that had already gone into the produce that was now ready for harvest.

This, too, was the reality for Leonard George Casley and the Westonia Pastoral Company, who were issued a quota of only 1,647 bushels (one bushel = 35.23 litres) for their 1,500-acre crop.

According to Casley, this quota was so low it wouldn’t cover interest on their equipment.

As it turned out, there was a limit to the percentage of a farm the government could resume, and although there was a Bill that had been presented to Parliament that sought to abolish this limitation, it had not been voted on – yet.

Casley and his peers had to act quickly to save their livelihoods and property.

A final letter was written to the Governor in March 1970, but again it fell upon deaf ears.

Knowing that the Rural Lands resumption Bill had already been discussed in Parliament, the decision was taken – and not lightly – by the members of the Westonia Pastorial Company to secede from Western Australia and the Commonwealth of Australia.

However, they agreed to stay loyal to the British Queen.