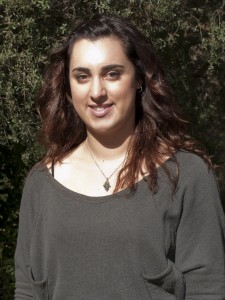 The smell of pies, hot chips, deep heat and the fizzing of ice cold stubbies – there is nothing like suburban footy in Melbourne.

But Saturday’s clash between the Maribyrnong Park Lions and Avondale Heights was different. People flocked from near and far to witness ‘the King’, Wayne Carey, pull on a number 20 jersey for Maribyrnong Park.

Ten minutes into the game, Carey took a mark deep in the left pocket but disappointed the crowd when he centered the ball instead of having a shot on goal. Not long after, the ball returned to what the 98.9 NW FM boys named the ‘Wayne Carey pocket’. Carey’s left foot snap dribbled the ball along the boundary for a much anticipated goal. The crowd erupted.  The King was back.

Celebrations were soon cut short when Carey injured his calf muscle before the end of the first quarter and reluctantly raised his hand. Spectators gasped as the King painfully limped to the bench. It was a horror repeat of Carey’s Palm Beach-Currumbin Lions comeback in 2009.

‘It was very disappointing,’ Carey told the Mooney Valley Weekly.  ‘But as long as the boys win that’s what matters.’

Despite Carey’s injury, Maribyrnong defeated Avondale Heights 115-53. But majority of the crowd were not interested in the score. They were there to see the return of the King. 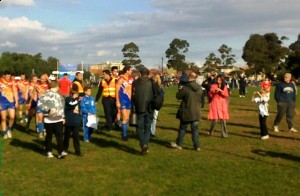 Wayne Carey limping to the Maribyrnong Park club rooms at half time at Monk Oval on the 6th of August, 2011.

‘Something like this is good…it gets the kids coming. There’s a kid in an Argentina top over there and of course North [Melbourne Football Club jersey]. These sorts of kids would have never seen Wayne Carey, so it’s great like that, for us to be able to come out and see him once more and you can show the kids as well,’ he said.

There were hundreds of kids in North Melbourne jerseys too young to witness Carey in his prime. They had been dragged along by their fathers who wanted one last glimpse of arguably one of the greatest footballers of all time.

Fathers would have sat their children down and explained Carey’s achievements to them. Four-time North Melbourne best and fairest winner. North Melbourne captain in both 1996 and 1999 premiership wins. Becoming a member of North Melbourne Football club’s team of the century, and joining the AFL Hall of Fame. Carey is nothing short of an Australian Football League legend.

But did these fathers also explain to their children the scandalous events that lead to Carey’s AFL downfall in 2002? Carey may be ‘the King’ of the football world, but that’s where it stops. Constant off-field blunders tarnished his football image forever.

Google ‘Wayne Carey’ and you are bombarded with results – in particular the scandal between him and former teammate Anthony Stevens and his wife. He left North Melbourne disgraced. Five months after the scandal broke, Carey returned to AFL playing his final years with the Adelaide Crows.

Much like Saturday’s Essendon District Football League game, Carey’s return to AFL with the Crows received tremendous support. Is the comeback of a disgraced athlete something we should be supporting in the eyes of young children?

Sure this comeback was not at AFL level, and it is some time since Carey’s many scandals, but spectators threw the word ‘hero’ and ‘inspiration’ around often. If Carey was a true hero, we would be saluting him at his final AFL game for North Melbourne rather than having to get to an EDFL match 40 minutes early to get a park.

The same notions can be applied to Brendan Fevola. After being sacked from Carlton, he returned to AFL with the Brisbane Lions receiving huge support.

We all make mistakes, but these men are in the public eye acting as role models to so many children. Fathers should not be teaching their kids that Carey is a ‘hero’ or ‘legend’. They should be teaching them that he is a ‘football hero’ rather than a ‘hero’ per se.

Athletes like Irish footballer, Jim Stynes are true sporting heroes. Facing a public uphill battle with cancer, Stynes never failed to achieve on and off the football field.

The King has been dethroned many a time in his life and his injury during Saturday’s match was another. Carey explained to the Sunday Herald Sun at three-quarter time, ‘I’ve officially now retired for good. It was definitely my last game ever.’

Although he exited the game early, from a marketing perspective Carey would have received three votes. Footy lovers from all over flocked to see the return of the Duck. Quarter time alone was chaotic, with a swarm of spectators and journalists trying to get as close as they could to the King. 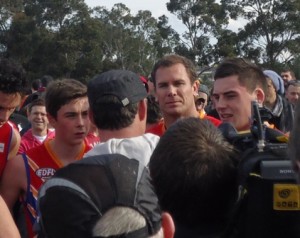 Wayne Carey amidst the quarter time huddle for Maribyrnong Park on Saturday the 8th of August, 2011.

As part of being successful, football clubs need to make profit. Although the Maribyrnong Football Club didn’t live up to the rumour that they were to charge spectators to see Carey, they did host a Wayne Carey Luncheon before the game.

Collingwood supporter at the game, Adam Pavlovski believed the ‘Carey hype’ was a good thing for suburban footy, ‘I think it’s best for the club if anything- a turn out like this. It’s great exposure.’

Raising the profile of a suburban club is a great thing. And there is no doubt that Carey is a fantastic footballer. We just need to keep a level head and remember that along with his great athletic ability came great controversy. Children should not be shielded from this fact.

Liana Neri is a final-year Bachelor of Journalism student at La Trobe University and is part of upstart’s editorial team. She is an avid North Melbourne supporter. You can follow her on Twitter: @liana_neri