Check out these new releases:

American Rock band who brought the world, Mr. Brightside, are at it again with their sixth studio album titled, Imploding the Mirage. It’s been described as a ‘celestial rock and roll’ album and is available now on Spotify.

Musical British electronic band, Clean Bandit has just dropped a new song for this year titled, Tick Tock. Known for their music ability to mix classic and dance music together, the band has collaborated with singer-songwriter, Mabel and American rapper, 24Goldn for this single. Check out the music video here.

Yes, that’s right, London Grammer is finally back. After waiting three years for new music, fans can finally hear more from London Grammer with their new single, Baby it’s you. This time the British trio have realised a summer banger which you can check out here.

Podcast of the week: I catch killers with Gary Jubelin.

Do you like murder mysteries or want to know more about the world of detectives? Well, this one’s for you. Gary Jubelin was a police officer for 34 years and a homicide detective for 25. In this podcast, he tracks down detectives who have inspired him along with the occasional hardcore criminal to find out their tricks of the trade. While drinking some beers they discuss and reveal the untold true stories of Australia’s most terrifying murders. Check it out here.

Are you a fan of the hit drama Netflix show, Lucifer? Then you’ll be very happy today because the highly anticipated 5th season is finally here and available for streaming on Netflix. The series follows the first fallen angel and leader of Hell, Lucifer Morningstar who decides to take a vacation to LA. However, the playboy soon finds himself involved with the local police and starts assisting them in solving tricky and unusual cases. Check out the trailer here.

Based on true events, this 2019 historical drama tells the story of the nuclear disaster in April 1986, the worst nuclear disaster in the history of humankind. The gripping series explores the events that lead up to and followed the disaster where many people put their lives on the line to save lives. Check out the trailer here.

The whole family will love this one. Set in the 1850s, the musical drama is about the life of P.T. Barnum (Hugh Jackman) as he becomes a worldwide sensation in show business. Dealing with a range of issues from identity and belonging to racism and self-confidence, the musical will take you on a magical journey back in time. Starring Zendaya, Zac Efron and Michelle Williams, you’ll want to check this one on Disney+. Watch the trailer here.

Portrait of a lady on fire, Stan.

This historical drama is set in France in 1770 tells the story of a forbidden affair between an aristocrat and a painter, who is commissioned to paint the aristocrat, Heloise for her wedding. It’s available to watch from Saturday the 22nd of August and you can check out the trailer here.

Shows and movies to watch on TV this weekend:

The Best Exotic Marigold Hotel is a comedy drama movie made in 2011. It tells the story of a group of British pensioners who move to a retirement hotel in India. Starring Judi Dench, Billy Nighy and Maggie Smith, the movie is bound to make you feel good as they try and find their ambitions in this new exotic place. You can watch it at 8:30pm on 7Flix tonight. Check out the trailer here.

The Suns and Blues will battle it out tonight at TIO Stadium. With both teams needing another win to help secure a spot in the top 8, it will be one to watch. It all starts at 7:30pm on Channel 7 tonight.

Friday night is a great night for a family movie and 9Go has you sorted with the animation movie, Antz streaming at 6pm. The family movie is about neurotic ant called Z who is trying to break from his totalitarian society while trying to win the affection of the princess he loves. Check out the trailer here.

This ones for those that LOVE rom coms! The 2001 movie starring Reece Witherspoon tells the story of a fashionable sorority queen, Elle Woods who is dumped by her boyfriend because he wants to become a politician and joins Harvard Law so he finds a smarter girl to date. To teach him a lesson, Elle enrols in the same school. It starts at 7pm on 9Go. Check out the trailer here.

It’s Indigenous round this week in the AFL and this Saturday the red sash will battle against the yellow sash at TIO Stadium. Both need this win to help secure their spot on the ladder. Check it out at 7:30pm on Channel 7. 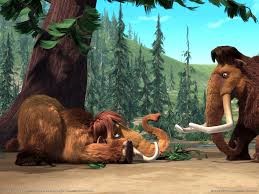 In the sequel to a classic family movie, The Ice Age (2002) Manny, Sid and Diego team up again, this time to save their friends and themselves from a dam set to break and cause a flood. If you enjoyed the first one or need a laugh, you should check it out at 7pm on 7Flix this Saturday night. You can watch the trailer here. 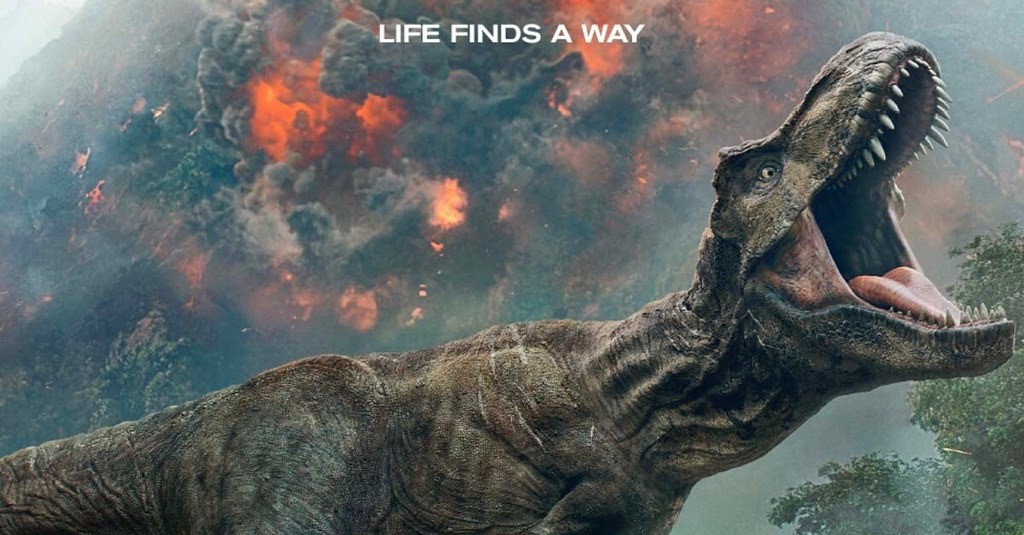 If you’re a fan of the Jurassic Park film series then you won’t want to miss this one. In the fifth instalment, this adventure sci-fi movie follows Owen and Claire as they head back to Jurassic World to save the dinosaurs from a volcano eruption which could cause their extinction. You can watch it at 7:30pm on 9 this Saturday. Check out the trailer here.

Dunkirk is a war drama movie which takes place in WW2. Soldiers from France, Belgium and Britain try to evacuate from the town of Dunkirk during the battle with the German army. It airs on 7mate at 7:30pm this Saturday night. Check out the trailer here.

The Block, Sunday 23rd of August.

Get ready Blockheads because season 16 of The Block starts tonight! This year the show is in Melbourne’s Brighton with 5 new teams to renovate 5 unique houses. It’s The Block like you’ve never seen it before as contestants renovate during the global pandemic. It all starts at 7:30pm on Channel 9.

A Long Petal of The Sea by Isabel Allende.

With 4/5 reviews on Booktopia, this New York Times Bestseller is a must read! The historical fiction novel is set in the late 1930s during the civil war in Spain. It tells the tale of two young people as they flee from the aftermath of the war in search of a place to call their home. Find out more here.

The Ballad of Songbirds and Snakes by Suzanne Collins.

Ever seen or read the Hunger Games series? Well, you’ll love this unexpected prequel by the same author, Suzanne Collins. The novel revisits the world of Panem however 64 years before the events of the Hunger Games began, and follows the morning of the reaping for the 10th Hunger Games. Find out more here.

Visit Melbourne Aquarium from your own home.

Yep, that’s right you can now step into the world of SeaLife Melbourne without even leaving your spot on the couch. SeaLife has created an online platform for customers to see and hear all the cool things still going on at the aquarium right now. From soothing and calming videos of sea creatures to guided meditations with jellyfish, Sea Life has heaps of fun activities to keep you busy this weekend. The best part is it’s all free. Find out more here.

It’s easy to focus on the pandemic right now but climate change is still an important issue of 2020. School Strike 4 Climate and Green Music Australia are currently hosting weekly live streamed concerts to support climate campaigns. In the seven-week series running until September 25th will feature some of Australia’s favourite musicians including Gretta Ray, Cub Sport and AllDay. Check out their show tonight at 6pm on Facebook live here. 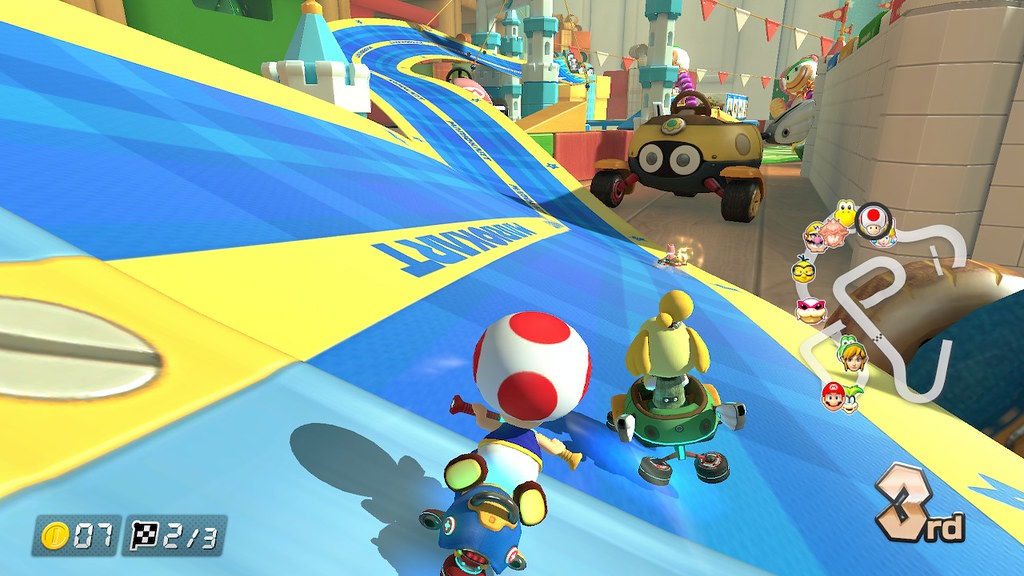 The classic Mario Kart is back in an expanded edition of the Wii U version of race car driving. This game is great fun for everyone and will provide hours of entertainment this weekend. Find out more here.

Photo: Photo: by Speaker Books Shelf by StockSnap available HERE and used under a Creative Commons Attribution. The image has not been modified.