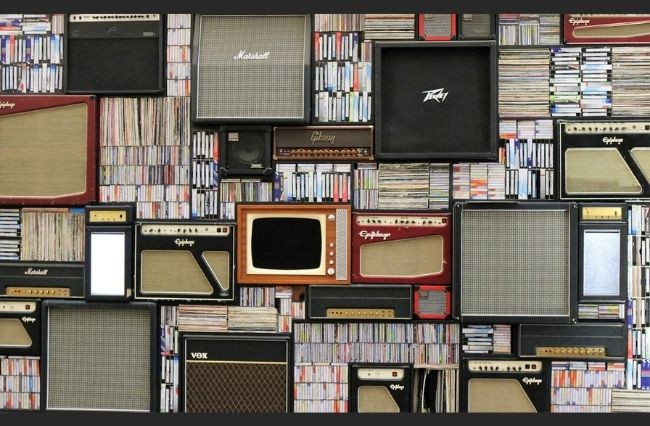 Check out these new releases:

Australian singer, Guy Sebastian has dropped a new single, Love On Display that’s bound to make you feel good this weekend. The tune that comes during a difficult time for the world is about the good things in life. Check it out here.

In a surprising comeback, English singer and songwriter Zayn Malik has released a new track, Better. The mellow R&B ballad was released today along with a new music video dropping at 2pm. Check it out the single here.

Australian born singer and songwriter, Kylie Mingue is back in music with her new track, Magic. Along with the new track which dropped today, she also released a music video from the singer’s upcoming new album Disco. Check it out here.

Podcast of the week: Caliphate

This audio series which is available to listen to on the New York Times website, follows journalist, Rukmini Callimachi as she reports on the Islamic State and the fall of Mosul. She interviews a male who went to Syria to fight for ISIS then escaped and returned to Canada. It provides an interesting insight into the scary and complex job of working as a journalist. Check it out here.

This psychological thriller is a binge-worthy and eye-opening tv show that gives you an insightful look into how old hospitals were run back in the day and how the mentally ill were treated. The suspenseful series follows a nurse who starts working at a leading psychiatric hospital. But beneath her good behaviour is growing darkness that highlights how true monsters are not always born but made. Watch the trailer here or start watching the current number one series on Netflix now.

Are you a foodie or just love cooking? Well, this one’s for you. The Chef Show is back for a second season with writer, director and food enthusiast John Favreau and chef Roy Choi. They explore food both in and out of the kitchen with some of the most accomplished chefs along with the help of celebrity friends. In the new season, Favreau and Choi will explore a vast range of restaurants and bakeries looking for new recipes. You can check out the trailer here or watch it now on Netflix.

Do you love Sherlock Holmes? Then the new British mystery film based on the novel by Nacy Springer is one you might enjoy. With a killer star line up including, Millie Bobbie Brown, Henry Vaill, Sam Clafin and Helena Bonham Carter, it’s not one you’ll want to miss. After her mother’s unusual disappearance, the young sister of detective Sherlock Holmes is sent a boarding school to learn to be a proper lady. But desperate to find out what’s happened to her mother, Enola escapes and must use her detective skills to not only outsmart her brothers and help a runaway Lord who is being pursued by a mysterious murderer but to find her mother. Check out the trailer here or start streaming now on Netflix.

Narrated by Disney’s famous Josh Gad and produced by National Geographic, this TV series brings the animal world right into your home. The documentary explores the magic behind two of the world’s beloved animal experiences, Disney’s Animal Kingdom Theme Park as well as The Sea with Nemo and Friends. It takes you behind the scenes and gives you access to some of the rarest, beautiful creatures on our earth. Check out the trailer here or start watching now on Disney+.

Are you a fan of the fantasy comedy TV series The Good Place? Well, get excited because the final season is now available to watch on Netflix. The series has followed Eleanor Shellstrop (Kristen Bell) who after dying, is welcomed into the good place and is rewarded for the righteous life that she didn’t actually live. (Spoilers warning if you aren’t up to date) In the fourth and final season, she’s given the chance to prove she’s actually in the ‘bad place’ with the help of the friends she’s made along the way. You can watch the trailer here or start streaming it tomorrow night.

Over the Moon – Netflix

Looking for something to watch with the family this weekend? Then this might be the one for you! The American-Chinese animated adventure musical tells the tale of a young girl who builds a rocket ship to find a mythical moon goddess. Directed by legendary animator Glen Keane who directed some of the best Disney movies of all time including Beauty and Beast (1991), Pocahontas (1995) and Tangled, the film’s bound to make your night a good one. Check out the trailer here or watch it on Netflix now.

In need of something on TV to watch this weekend? Check out our awesome suggestions below.

The Hobbit: An Unexpected Journey, Friday the 25th of September.

Looking for a Friday night movie? Love Lord of the Rings? Then the prequel epic film is one you won’t want to miss! The fantasy adventure movie directed by Peter Jackson is the first instalment in the three-part film based on J. R. R. Tolkien’s 1937 novel, The Hobbit. It follows a hobbit, Bilbo Baggins who sets out to the Lonely Mountain along with a group of dwarves to reclaim their mountain home and the gold within it. Check out the trailer here or watch it this Friday on 9Go at 7:30pm.

Looking for a throwback Friday night movie? The 1994 classic Forrest Gump is the perfect one! The epic romantic comedy film based on the novel by Winston Groom stars Hollywood beloved Tom Hanks. It follows the beautiful life of Forrest Gump, a man who tells his story to strangers on a bus bench and his important relationship with his ultimate love, Jenny. Check out the trailer here or watch it this Friday on Channel Seven at 8:30pm.

The Green Mile, Friday the 25th of September.

Based on the same novel by Stephen King, this drama film tells the story of the lives of guards on Death Row during the Great Depression who are affected by one of their charges: A black man who has mysterious gift yet is accused of child murder and rape. The fantasy classic isn’t one you’ll want to miss, you can watch it this Friday at 8:30pm on Channel Nine and watch the trailer here. 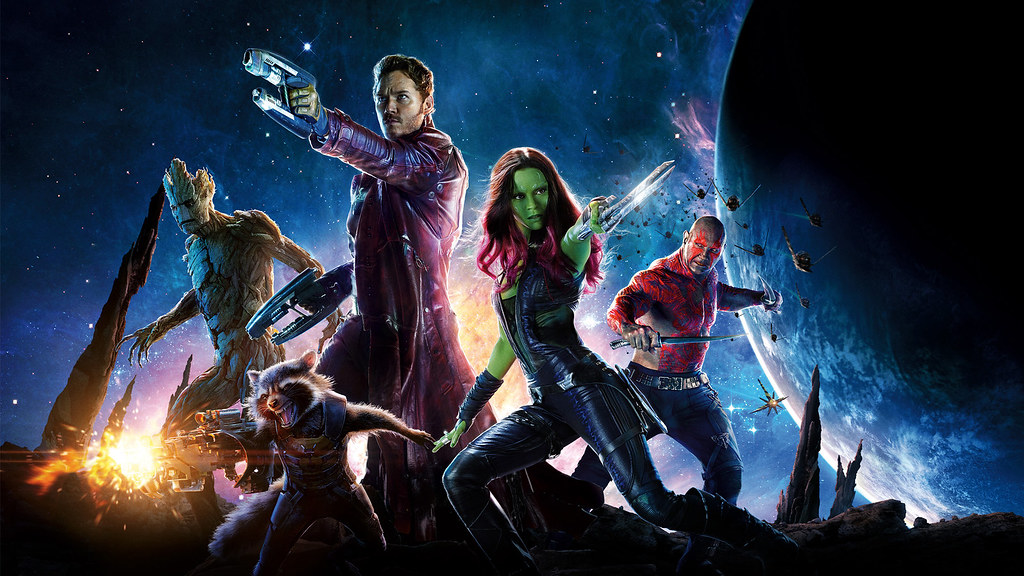 Guardians of the Galaxy, Saturday the 26th of September.

If you’re looking for a something for the family to watch this weekend or just in need of a good laugh, then this marvel classic has you covered. The 2014 American superhero film based on the Marvel Comic starring Chris Pratt, Vin Diesel, Bradley Cooper and Zoe Saldana. The most unlikely group of intergalactic criminals must band together to prevent a warrior who plans to purge the universe. Check out the trailer here or watch it this Saturday night at 7:30pm on Channel Seven.

The Wedding Singer, Saturday the 26th of September.

If it’s a romantic comedy you’re after then why not watch the 1998 classic, The Wedding Singer? Starring Adam Sandler, Drew Barrymore and Christine Taylor, it follows a wedding singer who falls in love with a waitress although they’re both engaged. Check out the trailer here or watch it on channel 7Flix at 9:10pm this Saturday.

Limitless, Saturday the 26th of September.

Based on the 2001 novel, The Dark Fields by Alan Glynn, this science fiction thriller film directed by Neil Burger stars Bradley Cooper and Robert De Niro. It tells the story of the life of a struggling writer who with the help of a mysterious pill is able to access 100% of his brain abilities. He quickly becomes a financial wizard but his life comes with a lot of dangers and challenges. Check out the trailer here or watch it on channel nine at 9:45pm this Saturday night.

Stepbrothers, Saturday the 26th of September.

Starring comedy favourite Will Ferrell and John C. Reilly, two middle-aged men who still live at home, are forced to become roommates when their single parents marry each other. It will have you in stitches, you can check out the trailer here and watch it on 9Go at 9:40pm.

Maze Runner: The Death Cure, Saturday the 26th of September.

Are you a fan of the Maze Runner series? Or looking for some late-night action to watch this Saturday? The final movie in the film series based on the books by James Dashner, has all your needs covered. In the science fiction world where a deadly disease that has caused humans to go insane, young hero Thomas embarks on a mission to find a cure. The final film follows Thomas and his group of Glarders on their most dangerous mission yet. Check out the trailer here or watch it on channel seven this Saturday night at 10pm.

Ghostbusters, Sunday the 27th of September.

The 2016 supernatural comedy film starring Melissa McCarthy, Kristen Wiig, Kate McKinnon, Leslie Jones and Chris Hemsworth is a reboot on the 1984 classic film. It follows four women and their assistant, who begin a ghost chasing business in New York City. If you’re looking for a laugh this Sunday then check it out on channel 9Go at 7pm. Check out the trailer here.

This 2013 comedy film directed by Seth Gordon starring Jason Bateman and Melissa McCarthy, tells the story of a businessman Sandy Patterson, who after finding out all his money is gone, travels to Florida to confront the harmless-looking woman who has been living her best life by stealing Sandy’s identity. Check out the trailer here or watch it on 9Go at 9:30pm.

Check out the full list of TV shows and movies on TV this weekend here.

From the number-one New York bestselling author of A Man Called Ove, comes Anxious People by Fredrick Backman. It tells the tale of a crime that never took place where a would-be robber disappears into thin air and eight anxious strangers discover they have more in common then they imagined. Find out more here.

One by One by Ruth Ware.

This thriller mystery novel by Ruth Ware is about a group of colleagues who find themselves trapped by the snow in the French Alpes which has delay consequences. It will have you attached from the minute you pick it up, find out more here.

This sport-based video game created by Psyonix is soccer with cars. Fun for all ages, the competitive game is about using teamwork to outmanoeuvring opponents. Find out more here.

If you’re looking to do some baking this weekend then why not take a look at some of these awesome recipes by Jane, a food writer and blogger. With tons of recipes from bread, afternoon tea, cakes and many more you’ll be in the kitchen all weekend. Check out her page here for more.

Among Us, app and desktop game.

Join crewmates in the multiplayer game about teamwork and betrayal. Two of your crewmates are impostors who must kill everyone else while the rest try to escape unharmed. You can play it for free on your phone or on your desktop for only $7.50. Find out more here.