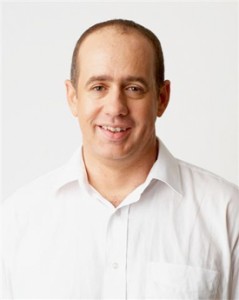 A few years ago, ABC Radio National presenter Richard Aedy had discussions with management about his future. He had been presenting the morning program Life Matters, and was looking forward to a change.

‘Life Matters was a great gig that I enjoyed, but I’d been thinking for the last two years what I wanted to do next. Nobody can do Life Matters forever. It’s a great show, but it’s very grueling to do every day for five days a week.’

First and foremost, he couldn’t see himself returning to the Media Report, a program he had last hosted in 2005. It was later cancelled in 2008, and the concept had laid dormant since. When the proposal was made to resurrect it for the 2012 Radio National line-up, Aedy was approached to host it.

‘At first I was a bit reluctant, in my 20-odd years in radio I’ve never gone back. I’ve never really seen a point in retreading ground. Michael Mason, the manager of Radio National, put the argument to me that it wouldn’t be going back because things have changed so much. I couldn’t really argue with that.’

The landscape of media has changed dramatically in the Media Report’s three year absence. Since it last aired media has seen changes brought on by the phone hacking scandal in the UK, and is only now adapting to the fallout from an explosion in social media.

Its return will also give Aedy the opportunity to examine how journalism is adapting and surviving. ‘I look forward to talking to those who are coming up with new revenue models in both traditional media and social media. Nobody really disputes that journalism is a public good, but it’s traditionally been paid for by public money.’

‘It’s a really interesting time to look at how newspapers are managing their decline and converting a high margin business into a low margin business and still survive.’

Another issue that comes with the changing media landscape will be the occupations of journalists, not just how they work, but how they learn.

‘I’m very interested in media education, and the people who want to do media and journalism,’ says Aedy. ‘The number of people actually employed in media is falling – not by much, but it hasn’t grown as an employer.’

‘I’m very interested in why young people with increasingly high scores want to go into something in which the future is unsure. I think journalism will survive, but the next ten years will be tricky. Most of the journalists learnt by a craft-based approach when I started. Now that’s gone, and it’s all done by degrees.’

While the Media Report occupies much of his time, Richard Aedy also presents the Sunday Profile on ABC Radio National, a weekly radio program which interviews and profiles a person of interest.

While he probably won’t be looking to interview journalists, there may be some opportunity for overlap between the two shows.

‘Kim Williams just got his feet under the desk as CEO of News Limited just before Christmas. Sunday Profile would like to talk to Kim Williams, the man with the biggest media job in the country. But I also believe we could ask a few questions for the Media Report, so I can see crossover that way.’

But while Sunday Profile gives Richard Aedy a nice alternative, it’s undoubted that there’ll be plenty of stories to keep him busy.

‘I don’t think there’ll be a shortage,’ says Aedy. ‘We want to explore data journalism. We’re probably going to do something on surfing journalism quite soon. I wouldn’t have a clue about it, but a lot of people are interested. That’s the great thing about the internet – even if the subject is niche, there’s an audience for it somewhere.’