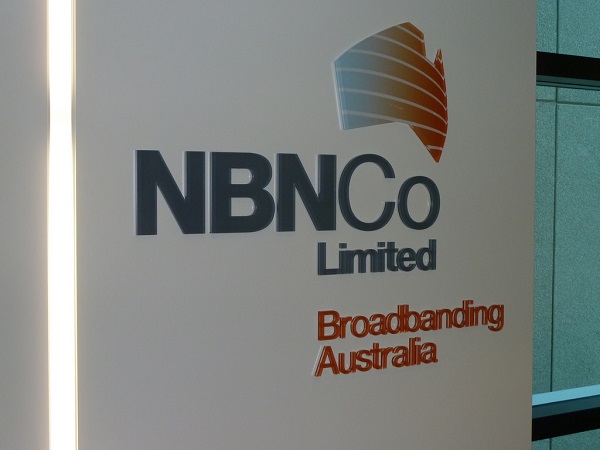 He may not have “virtually invented the internet in this country”, but Prime Minister Malcom Turnbull stands at the helm of a government presiding over Australia’s spiralling global internet speed rank.

Australia’s global ranking in terms of average peak internet speed has significantly dropped from 30th in 2013 to 60th, according to the latest State of the Internet report produced by Akamai.

Lingering behind countries such as Romania, Thailand and Slovakia, Australia’s unflattering rank places Australia in danger of being left behind by the current wave of innovation seen in the advanced economies of the world.

Director of Melbourne Networked Society Institute, Professor Thas Nirmalathas, says that internet speeds are an impeding factor in Australia’s diversification away from a resource-based economy.

“The sooner we finish our NBN deployment with acceptable internet speeds, the easier [it] is going to be for Australia to support this economic transition,” he tells upstart.

The coalition government unveiled an almost $1.1 billion plan in December 2015 to drive an “ideas boom” over the next four years, with the purpose of easing Australia’s transition.

However, with a notoriously slow internet and broadband infrastructure built on an outdated copper network, it is the construction of the National Broadband Network that is regarded as the most vital piece in the nation’s transition to a modern, innovative economy.

But despite the looming federal election, neither major party is yet to get on the front foot in delivering a cogent plan to build what will become Australia’s largest and most expensive ever infrastructure program.

First proposed in 2007, the roll-out of the NBN has thus far been a slow and expensive process.

2007 – The NBN project was first initiated by then opposition leader Kevin Rudd, who proposed the construction of a “super-fast” broadband network in partnership with private companies. The project was estimated to cost $15 billion, but with a government contribution of only $5 billion.

2009 – As no private companies were able to raise the necessary capital, the Rudd Government decided to  construct the project on its own, bypassing the existing outdated copper network with a new fibre to the premise (FTTP) network. This is an optical fibre that reaches all the way to a home’s wireless router and is the same network used by technologically advanced countries around the world.

2010-2011 – Parliament officially passed the National Broadband Network Companies Act 2011, with NBN roll-outs first beginning in the state of Tasmania. Costs were expected to be $44.4 billion.

2013 – After a change of government, then Communications Minister Malcolm Turnbull proposed a faster and cheaper NBN, forecast to cost $29.5 billion and to be completed in 2016.

Instead of using Labor’s FTTP, the government downgraded to a cheaper and inferior patchwork technology called fibre to the node (FTTN). This method saw the NBN largely rolled out to street ‘nodes’, with the final connection to residences made through the existing copper network.

2014 – The Coalition’s plan is revised and expected to be completed in 2020. The forecast cost is as much as $56 billion, significantly more than Labor’s initially proposed cost.

Fast forward to 2016, and most experts and analysts are less than impressed by the results. Serious questions remain, such as whether the government is using the right technology and whether this technology will be fast enough to handle future demand.

On ABC’s Q&A program last week, the Government’s NBN plan came under further scrutiny, with the Labor Party using its knowledge of cost overruns and technology blunders as an election tool to hammer the Coalition’s current multi-technology-mix (MTM).

Melbourne University’s Professor Rod Tucker, who advised Labor on implementing its NBN under former prime minister Kevin Rudd, says in the long term the MTM is not a good model.

“The fibre to the node component of the MTM, in particular, is old technology that will be obsolete by the time it is completely rolled out,” he tells upstart.

“This will mean that a costly upgrade will be needed in the not-too-distant future.

“There is a world-wide move away from FTTN like those used in the current rollout of the NBN. Fibre-to-the-premises is the preferred technology for new fixed-line deployments in most countries. Unfortunately, Australia is moving in the opposite direction,” he says.

“The Coalition’s MTM approach for the NBN is second rate and will not provide Australia with a leadership opportunity in the global digital economy,” he tells upstart.

“The purpose of the NBN is to provide all Australians with broadband access with connection speeds, capacity, traffic management, reliability and resiliency appropriate for a 21st century broadband network.

“Unfortunately, the Prime Minister Malcolm Turnbull’s vision for the NBN is to provide Australia with a third world solution that utilises obsolete technologies, and the result will be a second rate NBN,” he says.

Nirmalathas says that although Turnbull’s MTM scheme is technologically inferior, it’s been sold to the public on the basis that it will be cheaper and delivered sooner.

“The Coalition’s push for the multi-technology is really based on the possibility to reduce the reliance on fibre-to-the-premises based rollout, and the promise was that it would result in faster deployment,” Nirmalathas says.

Under the Liberal Party’s policy page, it is noted that “over two million homes and businesses can access the NBN and there are more than 900,000 active users.”

The Labor Party has not yet released its official revised NBN plan, but Opposition Leader Bill Shorten said the party saw the NBN as “an important issue in this election,” promising to deliver Australians a “first-rate Fibre National Broadband Network.”

In a forum in Perth, Mr Shorten said his party would not try “to extend copper technology to the extent that Mr Turnbull is” and would instead use “a greater proportion of fibre.”

The Labor party’s fibre optic-focused national broadband policy is likely to garner major interest with official announcements to be made in the coming weeks.

According to Professor Nirmalathas, the most cost-effective approach depends on factors such as location.

“The best broadband fibre network is the one that delivers the connectivity at speeds in the range of 50-100Mb/s today and can be upgraded to higher data rates without significant capital costs in future years,” Nirmalathas says.

“In the city and suburbia, it is still cost-effective to bring fibre very close to the houses.

“Either providing fibre directly to the premise or, to a curb-side distribution point and allowing a metallic cabling to provide the high-speed broadband over the remaining few tens of metres into the premises remains the best option, both in terms of cost and future proofing to some extent.”

As well as needing an adequate broadband infrastructure to compete in the emerging and digitally enabled world economy, Professor Nirmalathas says fast connectivity will be advantageous for a wide range of things, including health, education and general social well-being.

“Governments at all levels are on a major push on digital transformation where the majority of services are now delivered over the internet to gain service efficiency and cost-effectiveness,” he says.

“Australia is a vast country and quite far from many of its key trading partners. Internet connectivity promises to reduce the tyranny of distance both within the country and with the rest of the world.

“NBN has been an important lesson, that the governments of the day and the opposition need to commit to adhere to long term infrastructure projects, or the country will end up wasting time and significant money.”

Deniz Uzgun is a third year Bachelor of Arts student at La Trobe University and a staff writer for upstart. Twitter: @uzgundeniz.