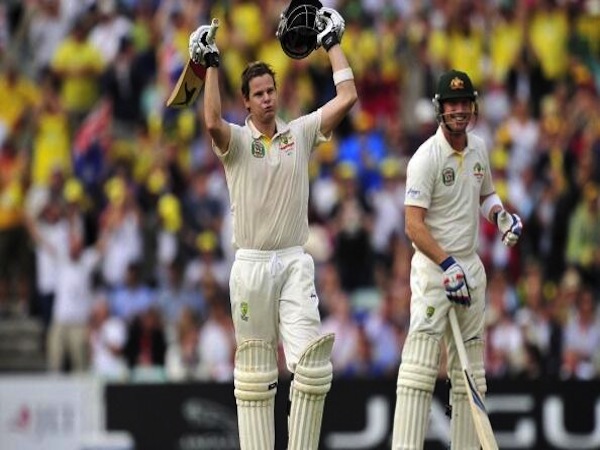 Michael Clarke is arguably Australian cricket’s finest tactician since Mark Taylor. An astute thinker and bold leader – he is prepared to risk losing in order to win.

As a skipper, Clarke’s batting has flourished. No matter how dire the situation (and there have been plenty), he has flashed daringly and flicked stylishly as if it were a casual Sunday beach session.

He is fierce and determined, yet free-flowing and strikingly confident.

But as time ticks by and Clarke’s back continues to creak on a disturbingly regular basis, the question has to be asked: who will be his successor?

The answer is that there is no clear answer.

Ricky Ponting was earmarked as the natural successor to Steve Waugh, just as Mark Taylor was the chosen one after Allan Border retired. Both Ponting and Taylor were in their late 20s when appointed and had been through healthy apprenticeships. Both were at ease with their own games and ready to lead.

Unfortunately, there is no such current player who looks even mildly credentialed to step into Clarke’s boots once he is finished.

What if Clarke retires tomorrow?

Brad Haddin is the official vice-captain of the Australian cricket team, and much of his selection in the current Ashes series was based around his strong leadership with New South Wales.

Yet Haddin is not a suitable replacement. Every captain must lead by example and while he is a capable gloveman, Haddin – for all his match-winning potential – is an irresponsible batsman. Traditionally, wicket-keepers have not been able to juggle captaincy with their glovework and batting. Even the greatest of them all, Adam Gilchrist, found the burden difficult. MS Dhoni is the one exception to this rule.

Shane Watson was thought to be Clarke’s natural understudy until a wretched tour of India, on and off the field, forced him to step down in order to focus on holding his place in the XI. Watson is less suited to the position than Haddin, even though he did skipper the final Test in Delhi five months ago and has now cemented his position in the team.

None of them jump out as natural leaders. Hughes is constantly wrestling with his technical demons, Khawaja is timid and Marsh is painfully inconsistent despite plenty of natural talent.

Matthew Wade is another option but, for the same reason as Haddin, may find juggling his various skills difficult. He certainly possesses more leadership qualities as a pure batsman than the current Australian gloveman.

Ed Cowan has been mentioned as a potential leader. He’s shrewd, intelligent and renowned for his tireless work ethic. But he has compiled just one Test century in 15 months and hasn’t had a look-in since Trent Bridge. The emergence of Chris Rogers may consign Cowan to the wilderness for the foreseeable future.

David Warner’s recent antics put him in the same bracket as Watson, while Peter Siddle is nothing more than the leader of the bowling attack and a fierce competitor.

Steve Smith may then, by default, be the most likely candidate. He’s built in the Clarke mould: bleached hair, a terrific fieldsman and an aggressive tactician. He’ll be 28 in 2017 and potentially primed for the opportunity. He’s led his T20 Sydney Sixers with distinction and has demonstrated great maturity with the willow in recent times.

Of the current crop of State leaders, Victoria’s Cameron White is unlikely to ever play Test cricket again, after a brief foray in the national team as a leg-spinner, in late 2008.

Western Australia’s Adam Voges and Marcus North are both excellent leaders in their own right, yet North has come and gone as an Australian player, while the 33-year-old Voges would have to pull off a Chris Rogers-like selection before even contemplating a leadership position.

In South Australia, Michael Klinger led the Redbacks before South African Johan Botha took over the reins last summer. If Klinger’s back-to-back State Player of the Year awards in 2009 and 2010 couldn’t net him a baggy green, then nothing will. He’s 33 and much like Voges, may be this decade’s answer to Stuart Law and Jimmy Maher.

NSW has had six different Shield skippers since 2010, with Ben Rohrer and Stephen O’Keefe the most recent of them. Rohrer has become a quality T20 player unlikely to press for a national call-up in the longest format, while O’Keefe has a healthy all-round record at first-class level but may be cruelled by the emergence of Ashton Agar and the consistency of Nathan Lyon.

Queensland’s James Hopes was a workmanlike ODI all-rounder, but is likely to spend the rest of his career captaining the Bulls.

Lastly, George Bailey has skippered Australia at every format aside from Test cricket. Yet with just one half-century last season and a first-class average of just 38, any chance at a baggy green will more than likely hinge on his form in the one-day arena. Test captaincy may be a bridge too far.

Of the bolters, Peter Handscomb is highly rated for his leadership in the Victorian setup, but at the age of 22 may still be too young to lead his country by the time Clarke calls stumps. Similarly, Mitch Marsh captained the Australian under-19s to victory at the 2010 World Cup, but looks to be a fair distance off earning a baggy green despite promising signs in limited-overs cricket.

Evidently, the cupboard is bare.

Not since Allan Border was thrust into the role after Kim Hughes’s tearful resignation in 1984/85 has Australia been so short of quality young leaders.

Tom Morris is a third-year Bachelor of Journalism (Sport) student at La Trobe University and a staff writer for upstart. You can follow him on Twitter: @tommorris32