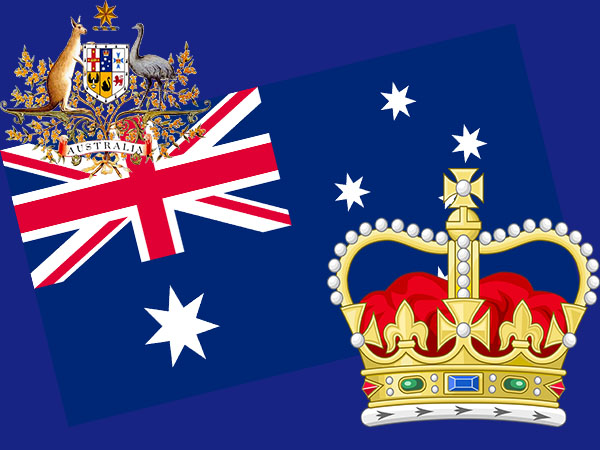 When it comes to debating Australia’s status as a constitutional monarchy, young people and the media seem to get sidetracked by the British royal family.

A poll conducted after William and Kate arrived in Australia last year found that 60 per cent of 18- to 24-year-olds are in favour of keeping the current system. The amount of supporters had almost doubled since the poll was conducted in 2012, according to Crikey.

Social media told quite a different story to the mainstream media, however, with many criticising the heavy coverage, labelling it an event that is fairly insignificant for Australian society.

Every time the British royals make the news here in Australia, I die a little bit inside at the fact that we’re not a republic

All this fawning over the royals is doing my head in. Bring on the Republic of Australia please!! #AustralianRepublic — Muriel (@MurielsOz) May 2, 2015

Politicians, on the other hand, are more direct when discussing the option of an independent Australia.

Opposition Leader Bill Shorten is strongly in favour of Australia becoming a republic, as is the Labor party’s official stance.

“Let us rally behind an Australian republic – a model that truly speaks for who we are: our modern identity, our place in our region and our world,” he said.

The Australian Greens party is also pro-republican. It hopes to one day modernise the constitution and transition to a new form of government.

“I don’t think this [monarchy] represents contemporary Australian society, our indigenous and multicultural groups,”  she tells upstart. “A republic will mean that anyone can aspire to be the head of state based upon merit and democratic process.”

The majority of Liberal Party members seem to have remained silent on the issue, but recent comments from Prime Minister Tony Abbott indicate that it does not support Australia moving towards becoming a republic.

The return of titles such as “Knight” and “Dame”, and awarding Prince Phillip a knighthood are recent examples of this.

Has Abbott made the baby a Knight yet. #insiders

The question of whether Australia should become a republic is increasingly relevant as the nation’s identity evolves further from its days under British rule.

Britain further distanced itself from Australia in 1973 when it joined the European Economic Community. It wasn’t until 1991, however, that a republican group formed in Australia.

There have been questions raised around the economic impact that becoming a republic would have.

Swain doesn’t believe it would have a negative impact on the nation’s economy. Instead, she sees it as a way of rebranding, just like large companies are forced to do from time to time.

“This expense usually brings on opportunities to advertise and tell everyone globally how cool we are. It may mean new flags and stationary but think of the advertising opportunities for the tourism industry,” she says.

However, the connection between Australia and the United Kingdom goes beyond economic factors and image.

The acquisition of Australian land back in the 1700s brings about ongoing debate regarding Indigenous Australians’ place in a land that was once very different to how it is today.

Protests around the rights and treatment of Indigenous Australians, such as the proposed closure of remote communities, have recently become a common occurrence in capital cities.

Indigenous Australians face a lack of constitutional protection. Additionally, they cannot fight the closures through the legal system because protection of traditional communities does not exist, except in cases where there is native title.

Australia becoming a republic would allow for a new constitution. A bill of rights could also be drafted, which may provide Indigenous Australians with a more comprehensive form of recognition.

Swain suggests a collective Australian identity that is formulated on the basis of diversity and acknowledges land acquisition could strengthen Australia.

“To build an Australian identity we need to recognise we are a society made up of many peoples who have arrived on lands once governed differently,” she says. “If we start from those principles and work towards a collective identity we can be a strong nation.”

Tam Kendi is a third-year Bachelor of Journalism student at La Trobe University. He is the Politics & Society Editor for upstart. You can follow him on Twitter: @tamkendi.