In the wake of multiple suspensions in the AFL, is the send-off rule the answer? 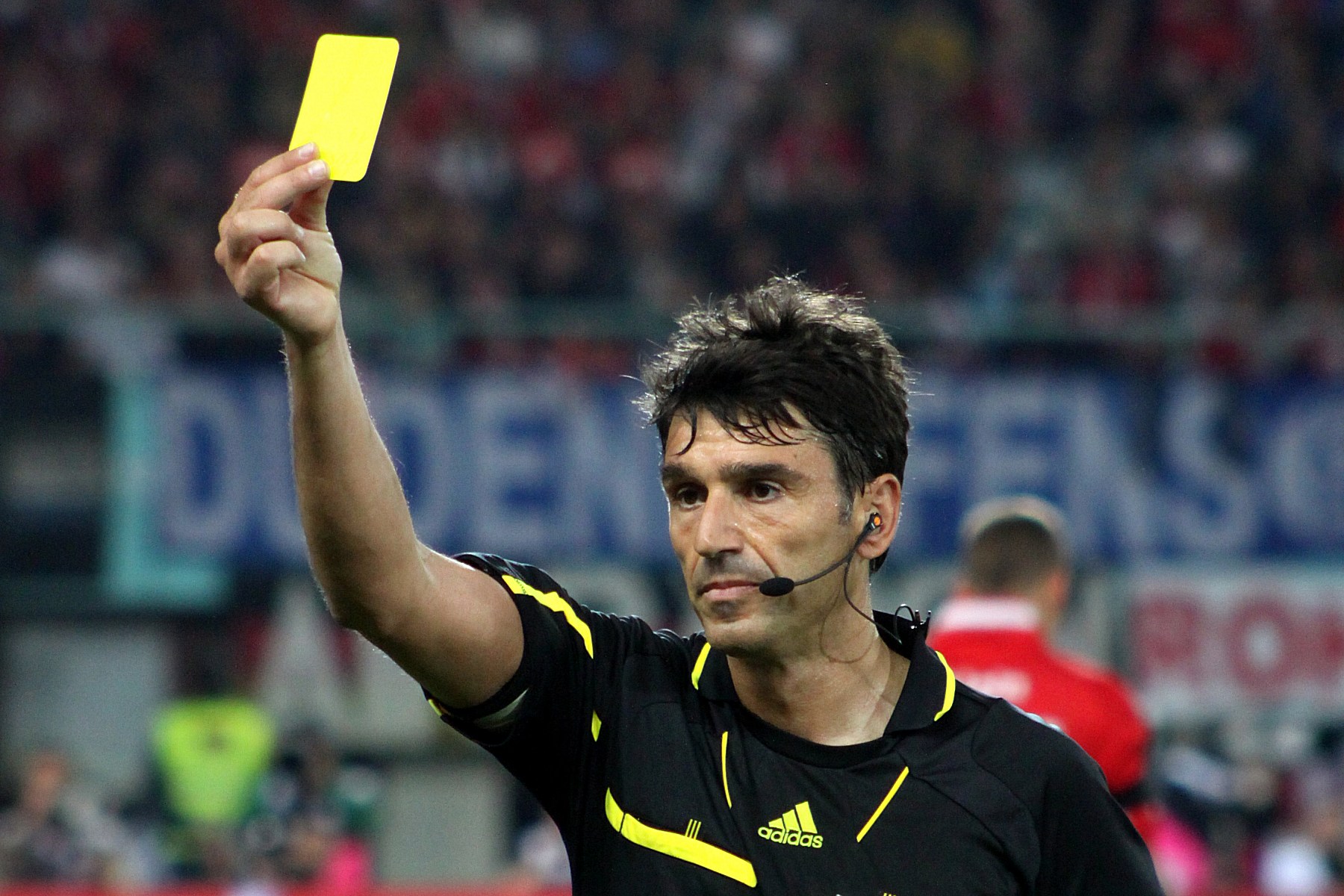 Regardless of the severity of these incidents, both offending players were able to continue on the field and give their sides the advantage. What would have happened if the AFL had a send-off rule?

Many experts are for it, and all leagues across the country at grassroots and community level use it, so why is the top level the only level of Aussie Rules that does not use the send-off rule?

It is well documented that AFL-level umpires are working at an organisation that is better equipped than grassroots football to incorporate this rule, leaving fans and commentators alike baffled as to why there is no such rule in place.

Other sports have systems that allow umpires to eject players from a match – most notably soccer and its yellow and red cards. Why doesn’t the AFL introduce a system where a player who commits an illegal act can be immediately punished for doing so?

It’s all well and good for players to be suspended, such as Houli and Bugg who were both handed stints on the sidelines for more than a month.

Simon Devine, who runs footy operations at the Northern Football League, explained the logistics of the send-off rule to upstart.

“The way it’s used within our league is to make sure something doesn’t escalate,” Devine said.

“The benefit from our perspective is that a red card essentially says ‘you’re going to have more time off, so you’re going to miss games of football’.

“The difference with a yellow card is it becomes a bit of a preventative method in relation to doing that [committing illegal acts on-field]. It’s like a warning mechanism.”

Devine believes one of the benefits of having umpires in possession of cards is that it will act as a deterrent for players, with hopes they second-guess themselves when they are on the verge of disobeying the rules.

“It does [act as a deterrent] and we also have penalties within our system for a build-up of cards, so if a player gets three cards in the one season from a senior perspective they actually get a week’s rest as well,” Devine explained.

“So even then, whilst it’s a warning in the game, you can’t turn around and get 10 cards throughout the year and nothing happens so players will have to be accountable for that as well.

“All in all, I think the rule is successful at this level. At the end of the day, because we don’t have the ability like the AFL – we don’t have the camera angles and the scrutiny – we’ve got a mechanism in place that seems to work.

“There’s always individuals that don’t toe the line and do the wrong thing and everything else, but for us it’s about having a mechanism in place that can deal with those sorts of situations.”

One of the more deliberate acts of disrepute that has happened on a footy field was when Sydney’s Barry Hall hit West Coast’s Brent Staker in the jaw in 2008.

Hall punched Staker metres off the play at the SCG and Staker was knocked out cold.

There was no significant penalty given during the game and Hall was allowed to play on, while the Eagles, who lost the match by 62 points, were down a rotation.

Hall was given a seven-week suspension for his strike. At the time, the football community considered this to be a fair punishment, but it raised concerns.

With the send-off rule being successful across all levels of football and in other sporting codes, certain acts in an AFL match may also warrant the use of this rule.

Former community-level umpire, Ryan Delaney, said if he ever had a chance to officiate at the top level he would have no issues implementing the rule and would feel no pressure in sending a player off.

There have also been questions raised as to whether television umpires, such as the officials who operate the current goal line technology in the AFL, would be better suited to oversee actions in-play that would warrant a send-off.

“I’ve sent players from the field before and it never really worried me carding someone if it had to be done,” Delaney told upstart.

Delaney believes TV umpires wouldn’t be the best to officiate on the send-off rule.

“It’s always better for an on-field officiating umpire to sort it out, however it wouldn’t hurt for a television umpire to monitor the situation.”

Every less experienced umpire outside the AFL has the ability to eject someone from the game because they have the authority to do so. The more highly-regarded and trained umpires, who are officiating at the highest level, have nothing similar in their rule book.

Let’s look even further back than the Hall-Staker incident to when Brisbane’s Alastair Lynch decided to retire following the 2004 grand final.

Lynch was exchanging punches, furiously swinging his arms around with Port Adelaide’s Darryl Wakelin, and was suspended for 10 weeks post-game.

His suspension meant nothing given he was hanging up the boots at the end of the match, but had one of his haymakers connected with Wakelin’s jaw and knocked him out, a simple free kick is not seen to be near enough punishment, especially given the importance of that particular match.

Would Lynch do the same thing, and would Barry Hall punch another opponent if there was a mechanism in place that ejected them from the game for doing so?

Other professional sports leagues around the world have a system in place that allows the match and player punishments to be fair and just. Maybe it’s time the AFL should follow suit.