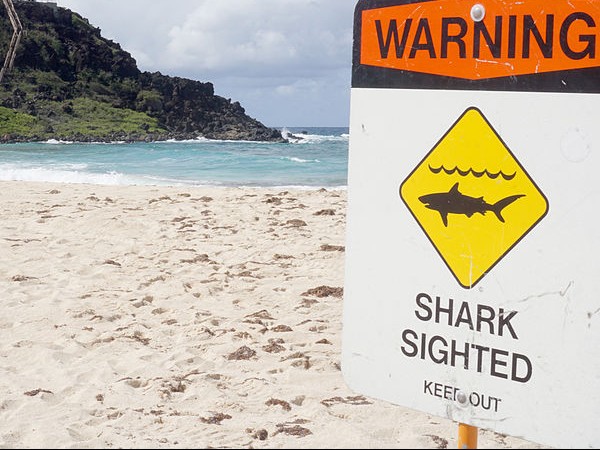 Today’s shark summit, run by the New South Wales government, comes as the state is announced as the shark attack capital of the world.

The summit, held at Sydney’s Taronga Zoo, aimed to discuss processes that would help keep beach-goers and sharks safe.

Over 70 delegates from Australia, South Africa and Hawaii discussed technologies deemed most feasible for the NSW coastline, but it’s unlikely any devices will be implemented this summer.

However, NSW Premier Mike Baird said he’d do everything in his power to ensure shark protection measures were trialled in the coming summer months.

“We’re looking at all of the options,” Baird said.

“As a result of today we will have technologies that we will be able to advance through testing this summer — within our own controlled environments or on the coast. Whatever the experts come up with today, we will take that information and advance it as quickly as possible.”

Premier @mikebairdMP at the Shark Summit. NSW is now the world shark attack capital. How do they fix it? @9NewsSyd pic.twitter.com/Nv3G94f2Q2

Researcher at the Department of Primary Industries, Vic Peddemors, said we now have a great understanding of the importance of conserving the marine ecosystem.

However, he said there’s no definite timeframe for when the technology will be implemented on the NSW north coast.

There’s already been $100,000 spent on testing four of the most efficient, non-lethal alternatives to a shark cull.

These underwater barriers release electro-magnetic shockwaves to scare off sharks. Their extra sensory organ, ampullae of Lorenzini, is extremely sensitive to electric currents.

The Aquatek Technology design, Repel Sharks System, is a chain of floating poles that senses movement and uses fish finder technology to enable the user to identify species of sharks. The field is turned on if the shark swims close to it, but will not harm them or any other marine life.

The Eco Shark Barrier is a flexible plastic net-like device and is designed to act as a barricade for sharks getting too close to shore, without jeopardising the safety of sea life.

A Western Australian design, the Bionic Barrier, follows the same concept – from seabed to surface, the nylon structure allows smaller animals to pass through, while blocking larger fish, like sharks.

The Clever Buoy system has been developed by Optus in a world-first shark-detecting floating device.

After a shark has been tagged, sonar technology is used to sense the animal, which is then translated into a message via satellite. Lifeguards are then notified and an alarm can be sounded.

Alerts are also sent out on the Google+ network.

Not only will this technology locate sharks that are close to the coast, it will allow researchers to gain an insight into the complex migratory patterns of sharks.

A Perth surf club has been leading the world with this technology for the past 18 months, which has seen four tagged sharks detected.

“We know the risk is low anyway, but it certainly just adds a bit more comfort to those using the beach,” Tenaglia said.

$250,000 is being spent on tagging and tracking sharks around Byron Bay to reduce the number of human-shark encounters.

“We see the independent review and the consultation at today’s summit as the first step towards moving away from the archaic idea that killing sharks guarantees to protect humans,” he said.

The delegates concurred that they will not implement underwater devices until they are convinced of their efficiency to detect and deter sharks.

Primary Industries Minister Niall Blair said: “Making our beaches safer is a top priority for the NSW government, that’s why we are leaving no stone unturned to make sure we look at new and innovative ways to protect our beaches.”

There have been 13 encounters with sharks on the NSW coast this year – up from three in 2014 – with only one fatality, Japanese tourist Tadashi Nakahara.

The NSW government ruled out a mass killing after the violent and ineffective Western Australian culls in 2014 saw 172 sharks slaughtered, but no reduction in attacks.

Baird has refused to go down the same road as Western Australian Premier Colin Barnett, after his $22 million catch-and-kill policy of sharks simply did not work.

Some of the $250,000 assigned to protecting human and marine lives, will go towards a ‘shark smart’ education program to inform the community about how humans and sharks can co-exist safely.

For additional safety, surfers and body boarders can attach a device to their board. The electro-magnetic fields released from the devices are designed to deter sharks by harmlessly disturbing their electro-receptive system.

Although these devices are known to reduce shark encounters by 90 per cent, the likelihood of coming into direct contact with a shark is still extremely rare.

According to Discovery, the odds of getting attacked are one in 11.5 million.

Australians should be more concerned about heart disease and lung cancer.

In a recent survey, 80 per cent of Ballina, Byron Bay and Lennox Head residents declared they oppose a shark cull, and instead are pleading for the government to educate people about sharks.

Ballina mayor, David Wright, was exempt from the 2015 Scientific Shark Summit, as he is not on the shark advisory committee.

A shark summit in Ballina will be held on 14 October, followed by a public forum.

This is the fourth instalment of a multi-part series.