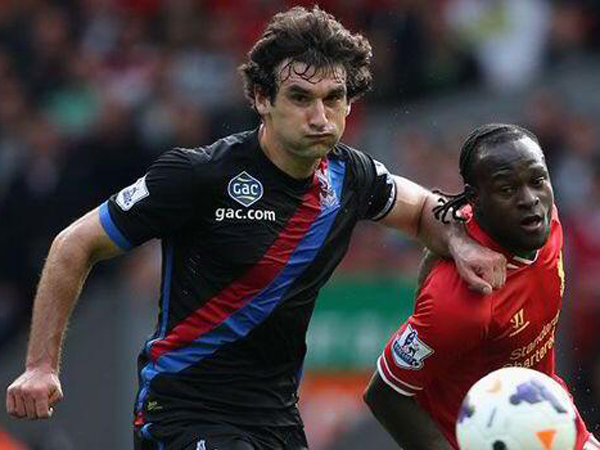 Since the French capitulation two weeks ago, Ange Postecoglou has been installed as the new coach, and with change in the air, perhaps a new on-field leader is needed as well.

In the aftermath of the 6-0 losses to Brazil and France, the current Socceroos captain, Lucas Neill, put the blowtorch on his younger teammates. But there were calls for Neill to hang up the captain’s armband – and the boots – soon after.

And who is better placed to take his role than 29-year old Mile Jedinak.

Jedinak has come a long way in a short time, and is one of the few players to be successfully exported from the A-League.

He left the Central Coast Mariners in 2009 after three years at the club. During his time there, Jedinak helped the Mariners to the 2007/08 premiership, and backed up his great form by winning the club’s Golden Boot award the following year.

Jedinak then transferred to Gençlerbirliği in the Turkish SuperLig. After an underwhelming two years there, Jedinak was then signed by Crystal Palace, where he has gone on to play 83 matches since 2011, and has scored a few crucial goals.

In the final minute of last season, as captain of the then-Championship side, Jedinak scored to earn his team a berth in the playoffs for promotion to the Premier League.

His endurance and tenacity at the contest is matched by his aerial ability, as he works for the team at both ends of the ground. This style has made Palace eager to sign him on a long-term deal after only a few games this season.

The defensive-midfielder debuted for Australia in 2008 and was on the plane to South Africa for the 2010 FIFA World Cup. The following year he earned 15 caps, scoring three goals and featuring in six matches at the 2011 AFC Asian Cup.

His 41 international caps to date put Jedinak in a great position to become the captain of the Socceroos.

Postecoglou should not look to award his veterans with a last shot at international football and risk further embarrassment at the hands of the footballing powerhouses that await. Instead, he should reinvigorate the Socceroos side with youth and use Tom Rogic, Tommy Oar, Robbie Kruse and Mitch Langerak to their full potential.

Postecoglou must trust this younger brigade of Socceroos, led by Jedinak, to follow him in a new direction from Brazil onward to the 2015 Asian Cup on home soil.

Ranked number 57 in the world, it is increasingly likely that the Socceroos will be the lowest ranked nation in the world heading to Brazil. Normally this brings low expectations, but for a nation heading to its third consecutive World Cup, Australia has got nothing to lose and may just provide a few upsets.

Justin Falconer is a second-year Bachelor of Journalism (Sport) student at Melbourne’s La Trobe University and is a weekly contributor to upstart. You can follow him on Twitter at @jfalconer6.