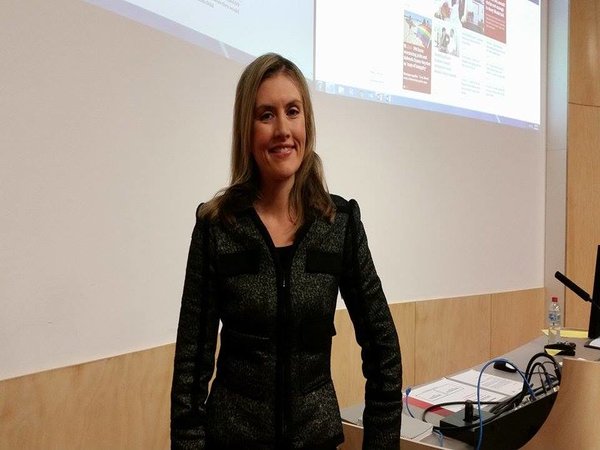 Kate Jones tells upstart that there’s no normal day being a television reporter.

She says that a lot of journalists choose to pursue a career in public relations to achieve a more stable social life.

“They just go ‘you know what? I don’t want to stand outside James Hird’s house anymore. I want to go to dinner when I’ve got dinner plans. I don’t want to ring up and cancel because I’ve got a live cross in Frankston’,” she says.

“You will find that you’re working so many weekends, especially when you are younger, that people will stop inviting you to things,” she says.

“Or you will just learn to go to work with a hangover and battle through.”

Jones says she regularly sees city workers heading home while she’s preparing to do a live cross for the six o’clock bulletin.

However, she says that there are advantages to this.

“They’ve [city workers] sat at their desk in their office, doing the same thing all day, that they did the day before and that they will do the next day. Where as I don’t know what I’m doing on any given day.”

Last Friday, Jones was reporting on a crane being dismantled in Southbank.

She expected to do a live cross from there, but was instead sent to Sunbury to report on a school stabbing. She says this was not how she intended to spend her Friday night.

The boom is on the move! Second crane has attached to it and is lifting it up. #7NewsMelb pic.twitter.com/1fsccAR85z

Jones made the move to general news reporting this year, after working as a court reporter since 2007.

She began court reporting with no legal training, replacing the previous reporter who went on maternity leave.

“At least with court you know that you’re going to be generally somewhere in the intersection of Lonsdale and Williams streets,” she says.

While initially being thrown into the “baptism of fire”, Jones says she now understands the court system better than some young lawyers.

Court stories legally require reporters to include specific details of the case, including the charges laid and the defendant’s plea.

Jones says that to ensure these facts are accurate, she sometimes relies on colleagues from other media organisations.

“Your best contacts really are the other court reporters,” she says.

She says that these reporters often lean on each other during confronting court cases.

During the trial for Mersina Halvagis’ killer, Jones developed a strong relationship with the victim’s family. She says that Mersina’s father, George, “Is just the loveliest man”.

“For years he was at court almost every single day supporting other families, so I got to know him very well,” she says.

Jones says she was happy for the family after the conviction against Mersina’s killer was overturned.

“When the second verdict was handed down and George and the family burst into tears, all the court reporters burst into tears as well,” she says. “And I didn’t cry in The Notebook or when my grandmother died.”

Jones says that she has become somewhat desensitised to severe court cases.

“It’s not [devastating] because it can’t be. Because there’s no way you can do this job if you are easily devastated by death, destruction, pain and suffering. That’s what you see every day.”

Jones tells upstart that apart from state politics, there’s no other news round she would have preferred.

“I think I actually was quite suited to court reporting. My dad was a policeman so I knew a lot about crime,” she says.

“I was always interested in crime. Melbourne is a real crime city. The focus for the newspapers has always been a lot of crime.”

Jones made a tough decision after finishing her journalism degree at RMIT. She was offered two jobs, one at WIN and one at The Herald Sun.

She chose TV over print, and has been there ever since.

“I love the immediacy [of television] and I just think that the pictures add another element,” she says.

Jones worked at WIN in Albury and Ballarat and says that young journalists should definitely consider working in regional areas to get experience.

Lauren Bordin is a third-year Bachelor of Journalism (Sport) student at La Trobe University. You can follow her on Twitter here: @laurenbordin