There are a number of important events to come in the world of sport. 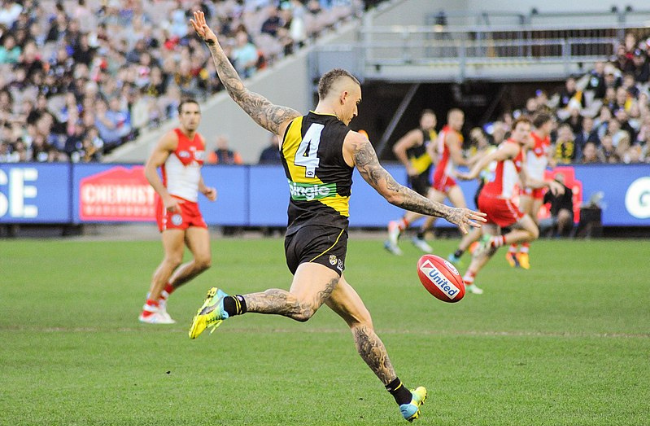 It will be the second time the Power and the Tigers face off in the finals, but don’t expect it to be anything like the 2014 elimination final. Port had the week off, while Richmond is coming off a five-goal win in the semi-final against St Kilda.

Tom Lynch’s was inaccurate in his return, kicking two goals but five behinds. He’ll be free to play the prelim after a controversial incident, putting a knee into Dougal Howard. He escaped with a $750 fine.

The two sides played out a high scoring thriller during the home-and-away season and it should be just as exciting this time around with a Grand Final spot up for grabs. Look forward to a great midfield battle and big one-on-one matchups at both ends of the ground.

Like Port and Richmond, it will be the second time the Lions and the Cats take on each other in a final. While Brisbane rested, Geelong dismantled Collingwood, keeping them to just one goal for over three quarters and winning by 68 points.

Dangerfield and Lachie Neale lead a star-studded battle in the middle. The matchup inside 50 between Hawkins and All Australian full-back Harris Andrews will also be one to watch.

Brisbane is into a prelim for the first time since 2004 (also against the Cats). This is Geelong’s 10th prelim since 2007, but they haven’t won one since 2011. It’s a chance they can’t afford to waste.

The AFL Finals can be seen on Channel Seven (free-to-air), Foxtel, Kayo and AFL Live Pass.

The Storm and Raiders kick off the preliminary finals in a rematch of last year’s qualifying final. Melbourne will be well-rested, while Canberra eliminated the Sydney Roosters, getting revenge for their Grand Final defeat last year.

After starting strong, the Raiders withstood a second-half Roosters comeback to hold on to a thrilling 18-22 win. Josh Papalii, George Williams, Joseph Tapine and Jack Wighton all had tries.

Recent history suggests that the Raiders won’t be phased by their underdog status. They beat the Storm 10-12 in last year’s final and their last three games have all been decided by six points or less, so it won’t be easy for Melbourne.

It will be the first time the Panthers and Rabbitohs face off in a final and the stakes can’t get much higher, with a Grand Final spot on the line. While Penrith had the week off, South Sydney ended Parramatta’s season.

The Rabbitohs got off to a slow start, but four straight tries in the second half propelled them into a prelim. Jaxson Paulo had two tries, while Damien Cook had a try along with 47 tackles, leading all players.

Penrith has only lost one game all year and has won their last 16 matches. They’re deserving favourites heading into the prelim. It’ll be a tough ask for Souths, but they’ll be up for the fight, having won their past nine of 11 matches themselves.

The NRL Finals can be seen on Channel Nine (free-to-air), Foxtel, Kayo and NRL Live Pass.

The IPL is into the second half of the season, with the team starting to separate each other. The Delhi Capitals and defending champions Mumbai Indians sit at the top of the table, followed by the Royal Challengers Bangalore and Kolkata Knight Riders.

For the Aussies, Steve Smith’s horrid form slump continues. In his most recent game for Rajasthan Royals, he was caught out for just one run against Delhi.

The IPL Playoffs will begin in early November.

Jhaniele Fowler led the way for the Fever, with 60 goals on 61 attempts and 112.5 Nissan Net Points. They will face the Melbourne Vixens, who had the week off.

The Super Netball Grand Final can be seen on Channel Nine (free-to-air) and Netball Live.

The 2020 NBA season has come to an end, with the Los Angeles Lakers defeating the Miami Heat in six games. Jimmy Butler left everything on the floor in Game 5 to extend the series, with 35 points, 12 rebounds, 11 assists and five steals. But the Heat ran out of gas in Game 6, as the Lakers steamrolled their way to a championship, led by LeBron James’ triple-double (28 points, 14 rebounds, 10 assists).

Anthony Edwards, LaMelo Ball and James Wiseman headline the top prospects. Ball is most notable as he played in the NBL for the Illawarra Hawks. Minnesota hold the first pick, followed by Golden State, Charlotte and Chicago.

On the men’s side, the top players will have their sights set on the 2020 ATP Finals, which will begin on November 15 at The O2 Arena in London, UK. Novak Djokovic, Rafael Nadal, Dominic Thiem, Daniil Medvedev, Stefanos Tsitsipas and Alexander Zverev have all qualified. Two spots remain.

Wanted to share a nice picture with you 😉
@rolandgarros
👉🏻 #Paris #13 #Vamos 💪🏻😘 pic.twitter.com/SNgy5YYWCa

💥🙈It's hard to describe how special this day is for me. It's so strange to achieve something that seemed so distant… But yup… It's here – I'm a grand slam champion (whaaat?). Thank you @SofiaKenin for this final. I wish you all the best.💥🙈 #RolandGarros pic.twitter.com/ktIShQZLnj

Article: Stephen Riosa is a third-year Bachelor of Media and Communications student (Sport Journalism) at La Trobe University. You can follow him on Twitter @stephenriosa.

Photo: Dustin Martin kicking by Flickerd available HERE and used under a Creative Commons Attribution. The image has not been modified.