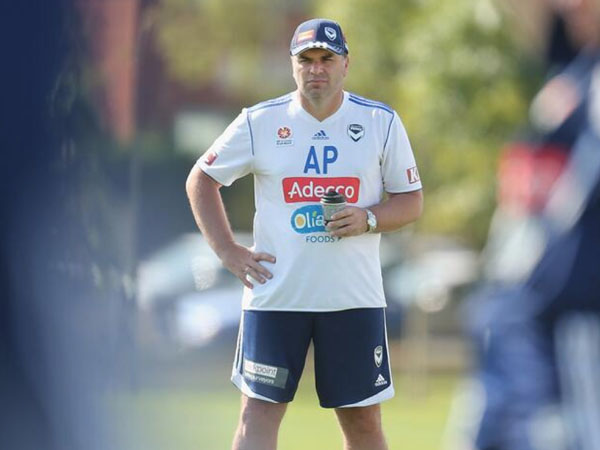 Australian football is at a crossroads.

The sacking of Holger Osieck following the Socceroos’ 6-0 loss in the friendly against France was as welcome as it was predictable.

Osieck coached 44 national games with 23 wins, 10 draws and 11 losses: that’s only a 52 per cent winning percentage. That’s below the average the Socceroos have been performing at since the 1960s, which SBS’s Les Murray says has been at 59 to 60 per cent.

Those who follow football closely will know Football Federation Australia’s (FFA) decision to terminate Osieck’s contract did not come as a surprise.

A quick analysis of the Socceroos’ World Cup qualifying games proves the current style of play won’t stack up against the more experienced and skillful international teams which Australia will face in Brazil.

Osieck’s mandate was not only to qualify the Socceroos for the World Cup, but also to rejuvenate the squad – a task he simply failed.

At present, the Socceroos aren’t playing at a standard which will get them past group stage and into the round of 16.

And the FFA is well aware of this. The wording of the statement released which outlined Osieck’s sacking is no small acknowledgment of it.

“The FFA Chairman Frank Lowy AC said the long-term interests of Australian football were paramount in making the change,” it reads.

The decision however was to the dismay of Socceroos midfielder Tim Cahill.

Want 2 say Thankyou to Holger for getting us to our 3rd WORLD CUP. Is this a first get us to WC and get the sack. Sad day for Football in oz

Except, of course, Osieck’s sole duty wasn’t just qualification. Any argument to the contrary is simplistic and belittling of the FFA.

Every national coach is tasked with a mandate to develop younger players and a style of play which, in the long-term in this context, will make an already-talented Socceroos side into one which ought to be expected and able to get past the World Cup’s group stage.

Under Osieck, this quickly became a distant reality.

And such is the game: you fail to deliver results, you get the sack.

So where to now for the Socceroos?

Chief executive David Gallop has hinted the FFA has approached former national coach Guus Hiddink – who is arguably one of the best in the world – to take the helm.

Hiddink would be a logical appointment, given his popularity among the Australian football community and the success he obtained in the 2006 campaign.

But the FFA has made it clear through Osieck’s sacking that its focus is now on the long-term.  The question is whether the 66-year-old veteran former Chelsea coach aligns with such a focus.

It seems then there are two options for the FFA.

Appoint Hiddink – or another high-profile international coach – in the hope of saving face and avoiding a potentially disastrous campaign in Brazil, and then shift the focus to success at the 2015 Asian Cup in Australia.

It’s easy to see why this may be the preferred outcome of the current predicament the FFA finds itself in.

The other option is to look long and look local, which makes sense on so many levels.

The names which have been floated for some time as potential coaches have been Melbourne Victory’s Ange Postecoglou, Western Sydney’s Tony Popovic and Central Coast’s Graham Arnold.

And surely among that list, the best bet would be Postecoglou.

When asked on the ABC’s Offsiders program whether he’d take the job, Postecoglou said: “I think anyone who coaches and is Australian, by nature, would be interested in [the role].”

Postecoglou is a strategy man through-and-through. He rebuilt Brisbane Roar which made them the envy of the A-League, with back-to-back championships. He is tasked with doing the same at Victory.

He knows the glory days of the Socceroos’ Tim Cahill, Lucas Neill, Luke Wilkshire, Sasa Ognenovski, Mark Bresciano and even Josh Kennedy are at a near-end.

He is a massive supporter of training and giving opportunity to the young, and has proven how he can turn an aging team into one full of energy, distinction and flair. Is this not exactly what the Socceroos needs right now?

Given the serious time restrictions, the 48-year-old may not lead the Aussies to much success in Brazil, and critics will be quick to attack him and the FFA during the campaign if he is appointed.

But this ought to be a secondary consideration.

In 2010, just a few months after being appointed Brisbane coach, Postecoglou had this to say to his critics: “Judge me in 12 months.”

This is the mentality the FFA now needs to be adopt.

Appoint Postecoglu, and in 12 months’ time we’ll be looking back and perhaps saying while Brazil was disappointing, we can see the strategy and the thinking to make the national team successful in the long-term.

Appoint someone like Hiddink which gives him a free ticket to Brazil, and there’s a real danger we’ll be where we are today in 12 months’ time.

The sport has long suffered as the ugly sibling among the other football codes because of a lack of vision and adequate foresight.

Erdem Koç is a journalism lecturer at La Trobe University and broadcaster with SBS, where he covers football. You can follow him on Twitter: @erdemkoc.