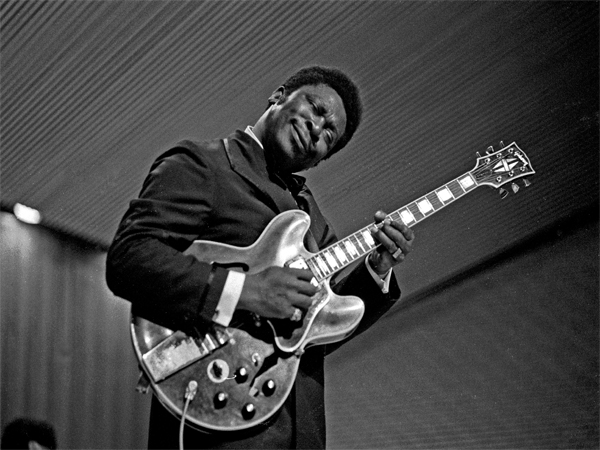 Born on 16 September 1925, Riley B. King earned the stage name “BB King” during his time working for WIDA radio. There, he was known as the “Beale Street Blues Boy”, which was later shortened to “Blues Boy” or simply “BB”.

I was first introduced to BB King through my father who grew up listening to his music, along with the likes of Chuck Berry and George Benson.

Since then, my own musical pursuits have been indirectly inspired by King. I’ve taken cues from artists such as Eric Clapton, Eric Johnston, Joe Bonamassa, John Mayer, Slash and Gary Moore, all of whom were influenced by King’s works.

“Once I’d heard him for the first time, I knew I’d have to have [a guitar] myself. Had to have one, short of stealing!” BB said.

King received numerous accolades over the course of his career.

He sold more than 40 million albums worldwide, earning himself 17 Grammy awards including the Grammy Lifetime Achievement Award and an induction into the Grammy Hall of Fame.

King is also a prominent figure in the Blues and Rock and Roll halls of fame, and received the Presidential Medal of Freedom during the Bush administration in 2006.

King’s home town of Itta Benna, Mississippi, also declared a BB King Day in celebration of his contributions to music, which is celebrated annually on 15 February.

Joel Koster, a student of music at NMIT, explains that BB King not only defined the genre of blues, but introduced new ways in which a musican could perceive the importance of notes as standalone elements of a composition.

“What first drew me to his music was how soulful and expressive his playing was even though it was so simple,” he tells upstart. “He influenced my playing by basically introducing me to blues guitar and making me think and feel through each note I play.” 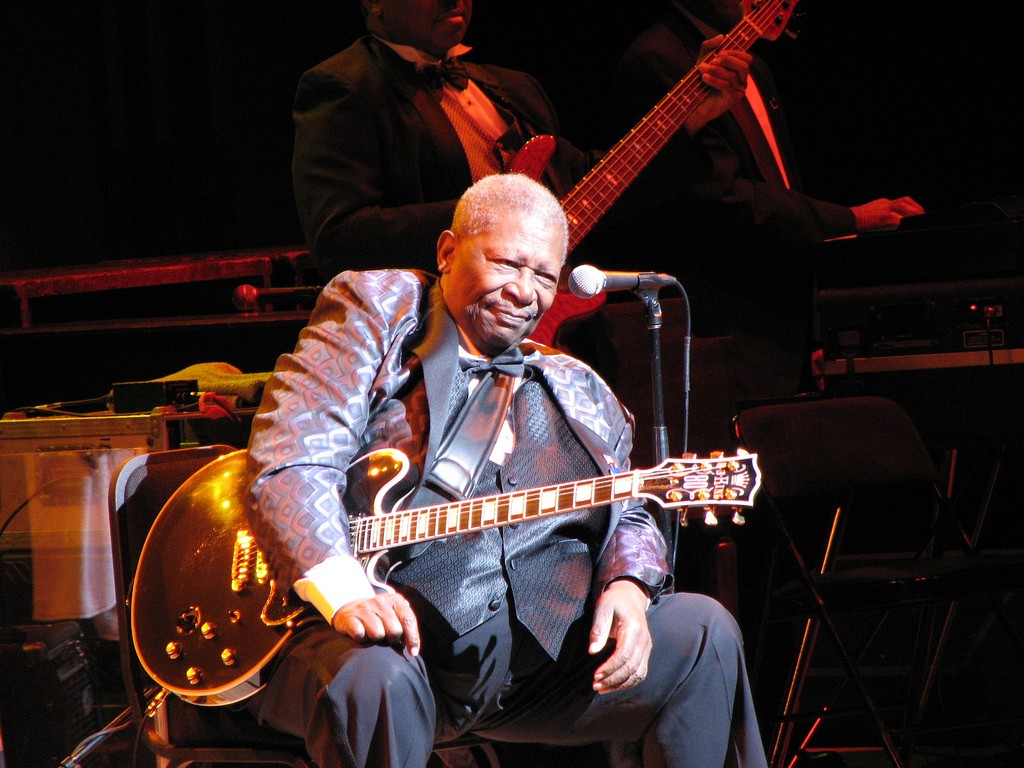 From his booming, soulful voice to his choice of attire, King had many signature traits. None were more famous, though, than the guitar which helped forge immortal songs such as “The Thrill Is Gone” and “Everyday I have the Blues”.

Known affectionately as “Lucille”, a name later given to all of his Gibson ES-335 guitars, the guitar was originally obtained by King during the late 1930s. It has been used in multiple studio albums and live performances since.

The guitar earned its name after King rescued it from a hall he was playing in that had caught alight. Two men, who had been fighting over a woman, knocked over a kerosene heater during the altercation, starting the blaze.

The woman they had been fighting over was named Lucille and King later said that he named the guitar as a reminder to “never fight over a woman”.

My friend and ledgend BB King passed.. I'm so so sad….he was so great to me… We've lost the King….. My love and prayers to his family.

BB, anyone could play a thousand notes and never say what you said in one. #RIP #BBKing pic.twitter.com/YvZYH8hyJE

King will be remembered as a man dedicated to sharing the blues with as many fans as possible. During 1956, he performed a record 342 one-night shows and regularly spent more than 300 days a year away from home performing or in the studio.

He continued performing up until 3 October 2014, when he was urged by doctors to retire and recuperate at his Las Vegas home.

In May this year, BB King was hospitalised twice due to complications arising from his high blood pressure and diabetes, which he had been diagnosed with in the 1980s. King and his family announced that he was to be placed in hospice care, where he passed away on Thursday local time.

An irreplaceable legend has now passed, leaving a mark on so many who were inspired by his works, including musicians who have now made their own name on the world stage.

In the infamous words of BB King, “now that it’s all over, all I can do is wish you well”.