Strings can vary a lot and play a big part in how a player performs. 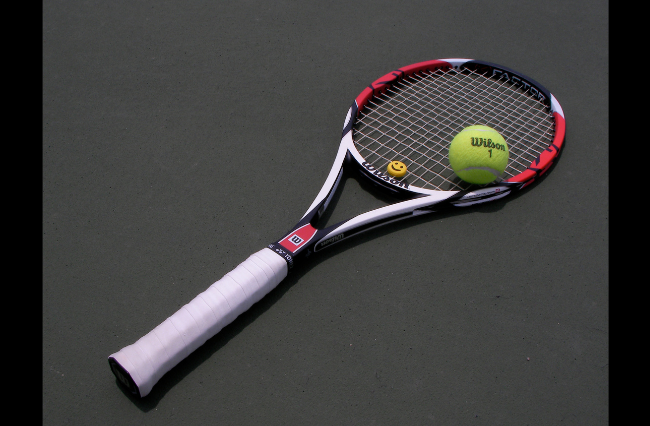 From a sport that began with players hitting wooden balls with their hands, tennis, and tennis technology has come a long way. When looking at how one player’s set-up may differ from another’s, tennis enthusiasts predominately look at what racquet a player uses— particularly the different weights and head sizes. Another technological factor that can dictate a player’s performance is the often overlooked  factor of racquet strings.

Tennis sees the largest range of effective string tension through all racquet sports, which means there is a lot of variation in the set-ups players use. When getting their racquets strung, players choose based on their play style.

For example, counterpunchers who use the pace of their opponents’ shots rather than generating their own pace will generally use tighter strings. More aggressive players prefer looser tensions so they can hit more penetrating shots. For example, Australian tennis player and current world number 97 James Duckworth says that he uses a looser tension—usually around 44lbs—to optimise his game.

“I don’t like feeling like my racquet’s too tight, otherwise I struggle to get as much out of my serve as what I need and I find it really impacts my backhand a lot,” he tells upstart. “I generally feel like I make a lot more net errors when my strings are too tight.”

The “Big Three” Roger Federer, Rafael Nadal, and Novak Djokovic, and other top players all get their racquets strung between 46lbs and 60lbs, although this can slightly vary.

Extreme examples of different tensions include Bjorn Borg in the 1970s, who had his racquets strung at above 80lbs. This resulted in his strings and racquets often snapping, even when they weren’t in use. On the other end of the spectrum is doubles legend Daniel Nestor, who plays with a low tension of around 11lbs to gain easy power when volleying off his trampoline-like strings.

Players who are more all-round may opt to use a hybrid string set up with different string tensions and materials on the mains (vertical) and crosses (horizontal). Hybrid setups can be used to give players the best of all worlds: power, spin, comfort and control.

Polyester, synthetic gut and natural gut – which is made from cow intestines, are all fair game.

Roger Federer includes natural gut and polyester in his hybrid set up to provide the power and silky finesse he plays with. On the other hand, Rafael Nadal uses more thick gauge polyester strings to bite on the ball and handle his heavy-velocity topspin without breaking.

Duckworth uses a very similar set up to Federer. Changing from a full polyester set-up to natural gut in the mains and polyester in the crosses has helped his game a lot.

“I had wrist issues from 2010 till the start of 2013 and they basically cleared up as soon as I switched to the natural gut in the mains, it’s a lot softer on my wrist.”

When will players change their tensions?

Rarely will players change their strings drastically once they’ve found what they’re comfortable with, but various factors such as climate, altitude and court surface can lead players to making slight adjustments. For example, Duckworth says he goes higher tension in higher altitudes. “The weather always plays a big factor,” he says. “The hotter it is that day the tighter I’ll string racquets. There’s also the balls, if they’re heavier balls or lighter balls I will change it a bit. If it’s a slower court I’ll drop it looser, it’s a bit of a feel thing each week.”

But sometimes young players who are still finding their playstyle will make substantial changes. United States Professional Tennis Association (USPTA) elite tennis coach Joel Myers tells upstart he once had a student that found a big improvement in his game from dropping the tension and using a thicker gauge of string.

“[He] found he had more pace for less effort with the lower tension and was able to ‘grab’ the ball a bit more to increase his spin rate. It was a big change in feel, but he was very happy to have discovered it,” he says.

There are a lot of different options for string set ups, Myers says players should determine theirs on a case-by-case basis.

“Players need to be comfortable in their equipment and rely on the ‘feel’ at contact. Players use a wide variety of string blends, tensions and set ups. There really isn’t a one size fits all,” he says.

Strings are a vital component to a player’s performance and they are often forgotten when looking at a player’s success. There really is a lot of variety and options that can be used to change the way they play.

Photo: Tennis racquet and ball, by nao2g available HERE and used under a Creative Commons attribution. The image has not been modified.