Only three weeks until election day 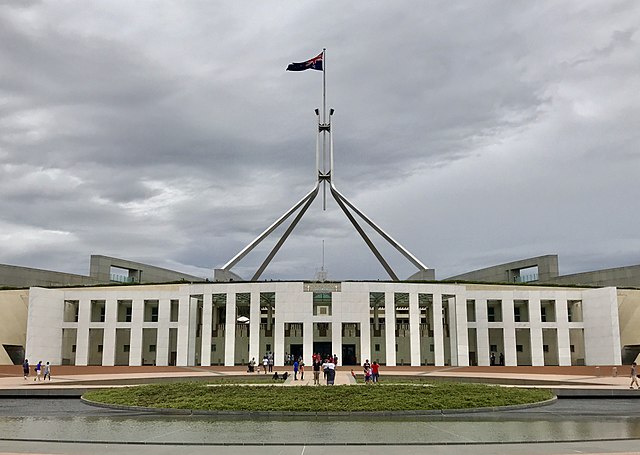 It has been two weeks since we last looked into Australian politics and wow so much has happened.

It isn’t getting any better for Pauline Hanson.

It hasn’t been a great week for Pauline Hanson. In the latest Newspoll One Nations’ popularity had fallen four percent and last night channel Nines’s A Current Affair program aired footage of One Nation Senate candidate Steve Dickson in a strip club in the United States, groping dancers and making offensive comments.

The footage was recorded by Al Jazeera, during their investigation into One Nation and The National Rifle Association. This morning Dickson made a statement and apologised for his actions.

“I found the footage difficult to watch as my words and actions under intoxication and in that environment are not a true reflection of myself,” he said.

Dickson is second on the One Nation Senate ticket in Queensland behind Malcolm Roberts. During a press conference this morning, Hanson said Dickson will stay on the ballot papers but there are doubts he will win a seat in the Senate.

Last night, the first debate was held between Prime Minister Scott Morrison and opposition leader Bill Shorten. The debate was held in Perth and aired on the Seven network. Climate change and Clive Palmer became two of the main issues of the night.

A man in the audience questioned Morisson on how important Palmer is to his campaign. Morisson said that Palmer is not part of his campaign and voters should put the Liberal party number one.

During the debate, Shorten continued to make comments about Palmer, saying he is the “unicorn of Australian politics”, and the Liberals are being “held hostage”, by Pauline Hanson and Clive Palmer.

”This issue of ‘give us one number’ I don’t think that’s possible to do [but] if we want to stop polluting the environment, you have to spend some money,” Shorten said.

The next debate will be held on Friday and televised by the Sky network.

Yesterday the Guardian released its latest survey which found Labor is up 51 to 49 percent. The Liberal party is now in striking distance of Labor with three weeks left in the campaign. The Coalition’s primary vote is at 39 percent, one percent up from last week and the Labor Party is at 37 percent up to two percent.

Why has Clive Palmer been talked about so much?

In a short amount of time, Clive Palmer has become an important part of 2019 election campaign. Palmer has spent $50 million on this years’ election campaign and it seems to be working. In the latest Newspoll the United Australia Party was 5 percent, one percent above One Nation. United Australia Party has a candidate in every electorate in the lower house.

The Liberal Party has agreed to a preference deal with Palmer. The ABC has reported that the Liberals will put the United Australia Party second on their how to vote cards or third if there is a National candidate. This could impact four marginal seats.

Palmer has said the Labor Party spoke to him about preferences but Labor have disputed this, saying they wouldn’t work with someone who owes money to his former workers.

Palmer’s company Queensland Nickel collapsed leaving workers $77 million out of pocket. The taxpayer has paid $70 million of this amount but workers are waiting for the last $7 million. Yesterday Palmer said the money was put into a fund and former workers can apply for the amount they are owed but this process could take months. This is hard for workers to understand as Palmer is worth $1.8 billion.

The Guardian reported that 19 United Australia candidates could be ineligible to run due to section 44. Section 44 of the Constitution states a person who is a dual citizen cannot be part of the Australian parliament.

More Australians are enrolled to vote than ever.

Close to 17 million people are enrolled to vote in the upcoming election. That is almost 97 percent of the country and over a million more than the last election in 2016. 50,000 Australians ages between 18-24 will vote for the first time. Pre-polling opened on Monday and it is expected that five million people will vote before the election.