Plenty of must-watch games this weekend, with teams fighting to save their seasons. 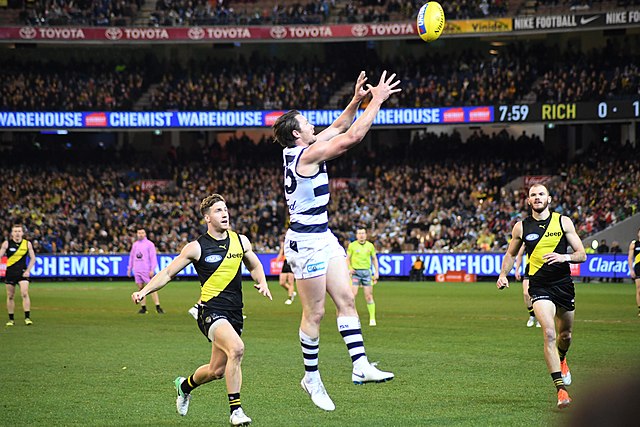 It’s an absolute must-win game for the Giants, who currently sit in 10th spot. Not only do they need to win, but they’ll need a percentage booster as well. If the Saints win, their spot in the finals is officially secure. Expect the likes of Josh Kelly, Lachie Whitfield and returning skipper Stephen Coniglio to leave it all out on the field.

It’s a match filled with elite ball-winners. The Bombers have struggled through the back-end of the season, but they can play spoiler against a Demons side who need to win to have a chance at grabbing 8th spot. Expect stars Max Gawn, Christian Petracca and Clayton Oliver to lead from the front.

The Lions are guaranteed to play a home qualifying final, but they could steal top spot if they win and Port Adelaide lose. Brownlow favourite Lachie Neale will be eager to bounce back after he was kept quiet against Sydney. Veteran Kade Simpson will play his last game for the Blues after announcing his retirement this week.

The Cats will be looking to bounce back after a tough night against Richmond. They need a win to secure a top-four spot. They’re up against a Swans team that has shown some positive signs in recent weeks and won’t go down lightly.

The Dogs are also in the mix for the last spot in the top eight, and they’ll be looking to bring the momentum from last round’s victory against a Dockers team also coming off a big win. It’ll be an exciting match with high stakes featuring stars such as Nat Fyfe and Marcus Bontempelli.

The Magpies are safe in the top eight, but a loss could see them falling as low as eight depending on other results. A win for the Power will seal top spot and the McClelland trophy. Both teams boast strong midfields so it should be an entertaining match to conclude the home-and-away season.

A great chance for the Eels to hold onto their top-four spot, going up against the last-placed Broncos. With only two rounds left in the season, they need to make the most of this opportunity.

The Knights are safe in the top eight (currently 7th) and a win here would boost their chances of playing a home elimination final. The Dragons have struggled, losing their last three games and they’re coming off their biggest loss of the season.

After being delayed five months due to the COVID-19 pandemic, the Indian Premier League finally begins this weekend. Because of health concerns in India, games will be played in the United Arab Emirates. Nineteen Australian cricketers will be involved, including Pat Cummins, David Warner and Steve Smith.

If you don’t mind staying up late, then these matches are for you.

It’s almost time for finals in Suncorp Super Netball. The Vixens and Lightning are safe in the top four, while the Fever and Swifts just need one more win to officially seal their spots. To steal fourth spot, the GIANTS need to win both of their remaining games and hope for other results to go their way.

No one expected this to be the Eastern Conference Finals matchup, but the Celtics and Heat get the opportunity to renew what was once a great rivalry. Miami stars Jimmy Butler and Bam Adebayo made huge plays to win Game 1 in overtime. The Heat backed it up in Game 2, winning the third quarter 37-17 and playing great defence in the second half.

Many expected the Western Conference Finals to be the battle of LA between the Lakers and the Clippers. But the Clippers couldn’t hold their end of the bargain, blowing a 3-1 series lead to the Nuggets and stunning the NBA world.

Denver’s comeback makes them the first team in NBA history to come back down 3-1 twice in one playoff run, after doing the same thing in the first round against the Jazz.

Nuggets stars Nikola Jokic and Jamal Murray have shown incredible resilience these playoffs, and they won’t back down against LeBron James, Anthony Davis and the Lakers.

Photo: Patrick Dangerfield by Flickerd available HERE and used under a Creative Commons Attribution. The image has not been modified.