Players will be put on the big stage as the finals begin. 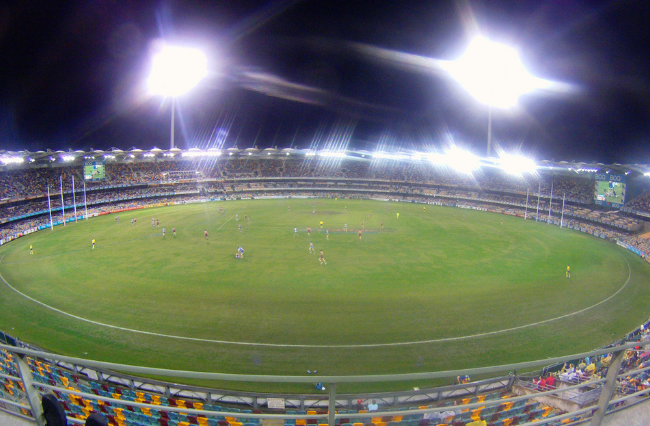 Last night, Port Adelaide and Geelong played out a thrilling match with the Power prevailing by 16 points. They get the week off and move straight to the preliminary final, while the Cats will face the winner of West Coast v Collingwood in the semi-finals.

It’s a rematch of last season’s qualifying final and both teams will welcome back important players. Harris Andrews and Jarrod Berry return for the Lions while Dion Prestia and Shai Bolton return for the Tigers.

Look forward to seeing a star-studded midfield matchup with AFLCA MVP Lachie Neale and superstar Dustin Martin leading their respective sides. The winner moves straight to a preliminary final while the loser will take on either St Kilda or the Western Bulldogs.

Led by the breakout season of Jack Steele, the Saints see themselves in the finals for the first time since 2011. The Dogs once again finished in 7th and we know their history finishing in that position.

Both teams have played exciting footy throughout the home-and-away season and we should expect an entertaining match with win or go home stakes.

Steele will battle against fellow All Australians Marcus Bontempelli and Jack Macrae in the midfield. Expect breakout Saint Dan Butler to provide immense pressure and goalkicking smarts up forward. The winner will take on the loser of Brisbane v Richmond.

Footy returns to Perth as the 2018 grand finalists face off in a do-or-die clash. West Coast is likely to be boosted by skipper Luke Shuey and spearhead Josh Kennedy returning.

The midfield battle will be huge, with Andrew Gaff, Tim Kelly and Luke Shuey (if he returns) taking on Scott Pendlebury, Adam Treloar and Taylor Adams. It will also be a fascinating ruck battle between Nic Naitanui and Brodie Grundy.

The Pies had no answers for Kennedy in their Round 8 clash. His seven goals led the Eagles to a comfortable 65-point victory, but expect things to be closer this time around. The winner will take on Geelong.

All finals matches can be seen on Channel Seven (free-to-air), Foxtel, Kayo and AFL Live Pass.

The NRL Finals begin tonight with the minor premiers Penrith taking on the reigning premiers Sydney. The Panthers only lost one game all season and they’ll be hoping that stays the same, while the Roosters will look to bounce back after suffering a demoralising 60-8 loss to the Rabbitohs.

The winner is into a preliminary final, while the loser will take on the winner of Canberra v Cronulla.

The Raiders and Sharks will face off for a second consecutive match, with much higher stakes this time around. Canberra is rolling into the finals, having won their last six out of seven games. Cronulla finished their season with a perfectly average record, 10-10 and a point differential of zero.

They’ve struggled against the other top eight sides, going 0-8 against them in the home-and-away season, so the odds are stacked against them. The winner will take on either Penrith or Sydney in the semi-finals.

It’s a rematch of last season’s semi-final and the Eels will be looking for revenge. Melbourne gave Parramatta little hope as they cruised to a 32-0 victory to move on to a preliminary final.

It’s not win or go home this time, but after narrowly clinching 3rd spot last round, the Eels will be looking to make the most of this opportunity. The Storm are well-rested and big favourites to book a spot in a preliminary final. The loser will take on either South Sydney or Newcastle.

The Rabbitohs are heading into the finals with huge momentum after demolishing the Roosters 60-8 led by Cody Walker and Alex Johnston. But they’ll be hoping their finals preparations don’t get affected too badly after recent allegations surrounding former player and captain Sam Burgess.

The Knights didn’t look like a team getting ready for finals last round, losing 36-6 to the Titans. They’ll be hoping for a bounce-back game in a do-or-die situation. The winner will take on the loser of Melbourne v Parramatta.

All finals matches can be seen on Channel Nine (free-to-air), Foxtel, Kayo and NRL Live Pass.

It has been an even season in the IPL, with every team registering at least one win and one loss so far this season. The Australian representatives have had some interesting moments. In his 50th match as captain, David Warner led the Sunrisers Hyderabad to a win, while former international captain Steve Smith had a game to forget.

A duel against fellow Aussie Pat Cummins was short-lived, as Smith was caught out with just three runs in seven balls against Kolkata.

The Super Netball finals can be seen on Channel Nine (free-to-air) and Netball Live.

The Lakers stopped another potential 3-1 comeback, taking out the Nuggets in five games while the Heat beat the Celtics in six games to continue their Cinderella run. LA have been seen as heavy favourites and they showed why in Game 1, winning comfortably 116-98 led by Anthony Davis’ 34 points, nine rebounds and five assists, along with LeBron James’ near triple-double.

Bam Adebayo is also listed as doubtful after a MRI revealed a neck strain (left side).

The NBA Finals can be seen on Foxtel (ESPN) and Kayo.

Lions v North Melbourne at the Gabba by Rae Allen available HERE and used under a Creative Commons Attribution. The image has not been modified.