Here is everything you may have missed in the weekend sport 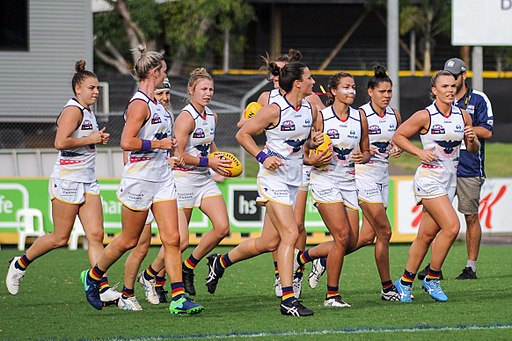 With only one round remaining in the second season of the AFLW, the fight for a grand final spot has intensified after a round of shock results.

On Friday night, the Adelaide Crows hosted Fremantle at Darwin’s TIO Stadium, walking away with the victory as they defeated the Dockers by four points.

The top of the ladder Western Bulldogs went down by 18-points to the GWS Giants on Saturday, following the trend of upsets as Collingwood defeated last year’s grand finalist, the Brisbane Lions, by 14-points.

Melbourne dominated Carlton on Sunday afternoon to run away 35-point victors and now sit second behind the Bulldogs only on percentage.

Australia is staring at a potential defeat thanks to a batting masterclass from AB de Villiers in the second test at Port Elizabeth as South Africa look to level the series 1-1.

The start of day three saw an overnight lead of 20 runs extend out to 139, as de Villiers crafted his way to his 22nd Test hundred to remain unbeaten on 126.

Australia’s second innings has not gone to plan as they slumped to 5-180 at the end of play, holding a lead of 41 runs and losing their grasp on a series which has caused plenty of off-field controversy.

Just two overs shy of the end of play, Usman Khawaja – who had fought hard for his 75 – was trapped LBW by Kagiso Rabada, who is still awaiting a hearing over his level-two charge for physical contact on the first day.

But it was de Villiers stunning test hundred – his first since 2015 – that has put his team in a commanding position.

“I was constantly reminding myself through the nineties that it’s not about yourself, it’s about contributing as many runs as possible to the team. That made me feel a little bit better,” de Villiers said at the end of play.

The last games of the JLT Community series were played out across regional Victoria this weekend as sides quickly prepare for the upcoming season.

The big news coming out of Geelong’s four-point loss to Essendon at Colac Central Reserve on Sunday is the injury concern to superstar midfielder, Patrick Dangerfield.

The extent of his injury is unknown at this stage; however, he is doubtful to feature in their first-round match against Melbourne.

In other pre-season games, Collingwood overcame an early deficit to run out winners against the Western Bulldogs in Moe, winning by 33-points.

Jack Watts raised eyebrows with a stunning six-goal haul for his new team as Port Adelaide defeated Adelaide by 26-points.

Carlton had everyone covering their eyes, unveiling their new clash jumper against Hawthorn in Tasmania. The Blues had the last laugh as they won by five points.

The final two games of the weekend saw the Gold Coast Suns overcome Brisbane in wet conditions in Queensland, while over west, Fremantle stormed past West Coast, winning by 66-points.

There was only the two games this weekend to finish off round 22 in the A-League.

Friday night’s match-up between Perth Glory and Central Coast Mariners ended in a 3-1 romp for Glory. The help of a brace from Joel Chianese in the first half placed Glory in a comfortable position as Xavi Torres sealed the win in the second half.

Western Sydney Wanderers dominated the Wellington Phoenix at Spotless Stadium on Saturday night. Forward Brendan Hamill scored two superb goals in the second half for the Wanderers, with a 90-minute goal by Ikonomidis help the home team to win by a fair margin of 4-1 against Wellington Phoenix.

On Friday night we had the second leg of the NBL semi-finals between Perth Wildcats and the Adelaide 36ers.

Perth’s player Bryce Cotton added 31 points to the team total with three assists while Josh Childress and Creek scores 25 points with 10 rebounds. They added 56 points to the team’s total which helped Adelaide knockout Perth in the final seconds of the game, winning 88-89.

“[Sport] can be glorious and it can be really cruel,” Perth’s head coach Trevor Gleeson said in his post-match presser.

“There were just a couple of things that didn’t go our way in the last minute … The basketball gods smile down on you sometimes and sometimes they take it away”, he added.

Tiger Woods return to the golf course after 11 months reminded everyone that he still has plenty to give, with his runner-up performance his best in nearly five years.

Woods missed the 38-foot birdie on the 72nd hole which gave Paul Casey the tittle, however, his performance after his time away shows that he still is a big threat on the tour.

Tiger Woods finishes tied for 2nd, his best finish on the PGA Tour in 1,659 days.