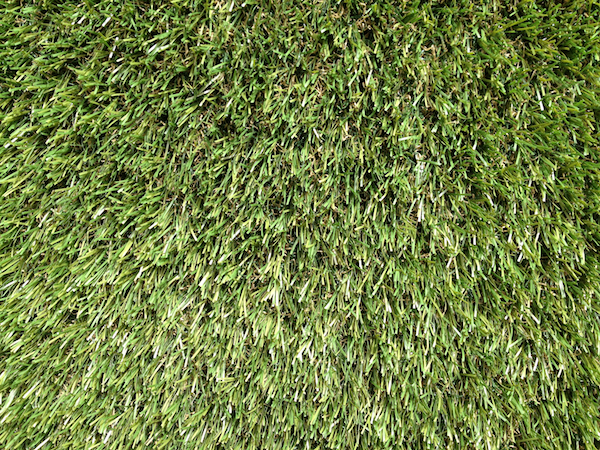 Australia is renowned for its sporting success, so here are the best moments from both the national and international stage (in no particular order).

10. The Swans prove everyone wrong 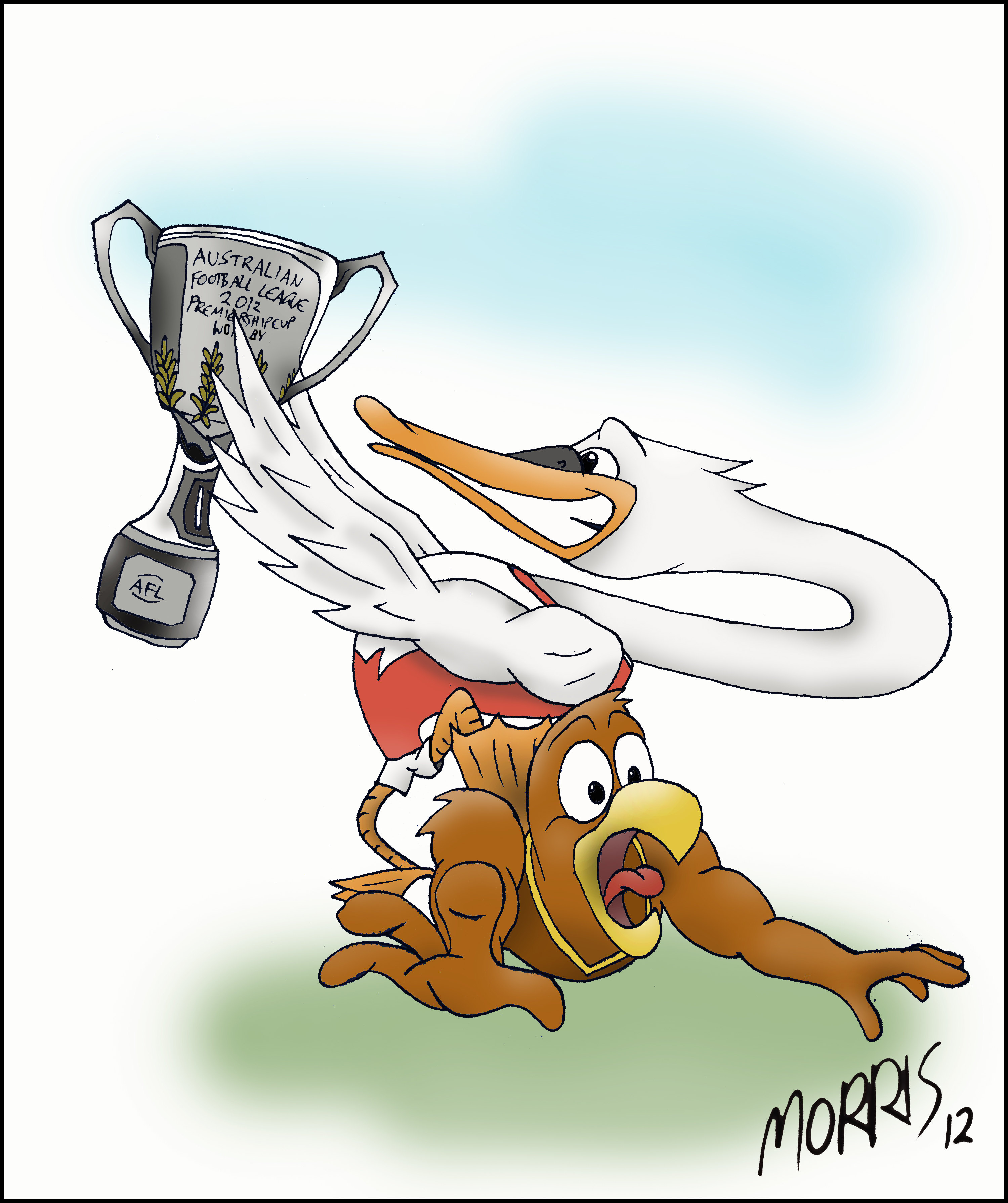 They were considered as long-odd favourites at the start of the year, without the backing of many of the top football experts. But the Sydney Swans proved they are as good as they were when they last won the flag in 2005, toppling hot-favourite Hawthorn by 10 points in a classic grand final thriller.

The Swans, a side filled with veteran stars, were too good for the Hawks on the day, coming back from an early deficit to take their fifth AFL/VFL premiership in front of just under 100,000 fans at the MCG.

9. The Storm come back from the brink

Only 12 months ago, the Melbourne Storm were on the brink of total disaster, after the club was found guilty of salary cap breaches during its premiership wins in 2007 and 2009. Both titles were taken off the Storm and they were stripped of all their premiership points for the 2011 season. All was lost for a side with such great history.

But the champion team was back in full swing in 2012, finishing second on the ladder with 17 wins, before upsetting minor premiers Canterbury Bulldogs in the final 14-4 to win its second (or fourth) title. Storm legends Cooper Cronk, who won the Clive Churchill Medal for best-afield, skipper Cameron Smith and the world’s best full back Billy Slater capped off a stellar season with a sweet victory in a tense encounter with the Bulldogs.

The NRL State of Origin series is one of the best rivalries in Australian sport, seeing Queensland and NSW do battle in the yearly competition. Well 2012 could be seen as the best series yet, as the Maroons notched up their seventh consecutive win and their 17 overall (19 with the side retaining the cup after two draws).

But it was the way in which Queensland recorded the win that will ensure this series will be remembered for a long time to come. With the series tied at one-all and the scores level late in the match, Melbourne star Cooper Cronk kicked truly to give the Maroons a one point lead with only minutes remaining, which they held onto to after NSW’s Mitchell Pearce missed a long-range field goal in the last minute of play. 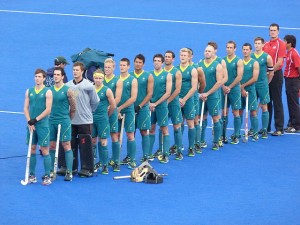 It was the Kookaburras’ fifth straight win and their 13th over all when they took out the 2012 Hockey Champions Trophy in Melbourne,  cementing their spot – if it wasn’t already – as one of the greatest sides of all time. After a poor performance at the London Olympics, where they could only take a bronze medal despite some superb performances, it was a sweet end to the year when they won the Champions Trophy on home soil.

Legend Jamie Dwyer was at his remarkable best and the likes of Kieran Govers, Chris Ciriello and Eddie Ockenden showed they too will one day be champions of the game. But it was no easy feat for the Aussies to get up, drawing to the Netherlands in the group stage and having to win in extra time in the final, when Govers slotted a wonder-strike in the 75th minute.

Clarke and former skipper Ricky Ponting (134) put on 288 runs to put Australia in a dominant position after it had bowled India out for just 191. And Ponting’s century was huge, especially in a time when he was copping heavy criticism and urged to retire. But Australia’s most successful batsmen of all time returned to his wondrous ways to help lead his side to a huge victory.

When Ponting was dismissed, Michael Hussey then came to the crease, also in a similar position of scrutiny as his fellow old-timer was. But Hussey too put on a remarkable display, smashing 150 alongside Clarke in what was probably the side’s best performance of the year.

Oh and did I mention they won by a lazy innings and 68 runs, with Ben Hilfenhaus taking eight wickets, while James Pattinson and Peter Siddle took five each.

5. Stoner says goodbye on the island 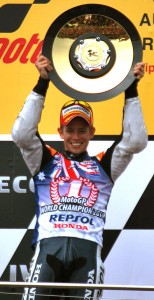 He will go down as (arguably) Australia’s most successful MotoGP rider of all time and boy did Casey Stoner go out in style in his eighth consecutive and last ever win at the Australian MotoGP at Phillip Island.

He was a world champion in 2007 with Ducati and he then followed it up in 2011 with a second world title with Repsol Honda. In that time he won 38 of his 115 races and finished on the podium 69 times.

But none were more sweeter than his last stint on the bike on his home track down on ‘the island’, where he came back from a crash in the qualifying stage to dominate the race and win ahead of eventual 2012 champion Jorge Lorenzo by over nine seconds.

It was the end of an unbelievable era, but is it the last time we will see the 27-year-old out on the track, be it on a bike or in a car?

After taking out the Billabong Pipe Masters in Hawaii, 31-year-old Joel Parkinson added his name to the list of Australia surfing world champions. It wasn’t without a little help from fellow Aussie Josh Kerr, who upset 11-time world champion Kelly Slater in the semi-final.

Parkinson has finished runnerup in the global rankings on four occasions, including last year, and was desperate to add to his two junior world title.

‘I’ve had runner-ups and ups and down and injuries…I’ve been to hell and back,’ Parkinson said. ‘It makes today so much sweeter.’

His dream finally came true when he defeated compatriot Kerr in the final to win the event and his maiden world title.

3. Not all doom and gloom in London

In the aftermath of what some describe as the worst Australian performance at an Olympics Games in decades, it wasn’t all a lost cause in London, with seven gold medals coming from five different events, as well as 16 silver and 12 bronze.

The Games actually got off to a great start for the Aussies, when the women’s 4x100m relay team took out the freestyle event on the very first day of competition. But it was then another eight days until Tom Slingsby won gold in the Laser class of the sailing.

That kickstarted a run of three consecutive days of winning gold medals, the next being the most successful with both cyclist Anna Mears and sprinter Sally Pearson topping their respective podiums.

Sailors Iain Jensen and Nathan Outteridge then continued the effort when they won gold in the sailing 49er class, before the new ‘awesome-foursome’ of Jacob Clear, David Smith, Tate Smith and Murray Stewart crossed the line first in the 1000m K-4 canoe sprint.

Veterans Malcolm Page and Matthew Belcher then rounded out the Aussie performance, smashing the field in the 11-race 470 class sailing event.

2. Paralympians show how its done 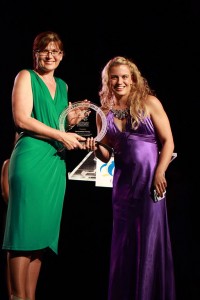 Minister for Sport Kate Lundy (left) presents Jacueline Freney with her award for the Australian Paralympian of the Year. (Photo: Toby Hudson)

After the failure of the Australian Olympic team, the Aussie Paralympians hit London to pick up the pieces their compatriots left. And boy what a performance it was, picking up 32 gold medals, 23 silver and 30 bronze.

The effort was headlined by the fantastic Jacqueline Freney, who won an incredible record eight gold medals in the swimming, while fellow swimmer Matthew Cowdrey won five gold, two silver and one bronze, taking his total medal count to 13 gold, seven silver and three bronze.

There were plenty of other notable performances, including swimmer Ellie Cole who won four gold medals and two bronze, sprinter Evan O’Hanlon who picked up two gold, the wheelchair rugby team that dominated at the Games and Maddison Elliot, who became Australia youngest ever medalist at just 13 when she picked up gold in the swimming.

Is she the greatest horse of all time? Well Black Caviar almost wasn’t full-stop when jockey Luke Nolen pulled up nearing the finish line of the Diamond Jubilee Stakes at Royal Ascot. Nolen got out to a comfortable lead with 100 metres to go, but little did he know Moonlight Cloud was streaming up the inside. As he slowed down just metres away from the line, a photo-finish later confirmed that the world’s best sprinter did in fact finish just a nose ahead to win her 22nd consecutive race, the most any horse has ever won without a loss.

But despite copping serious criticism after the race, Nolen responded with, “She was still brave — 22 out of 22, that should be the bloody story, shouldn’t it?”

Ashley Shenker is a third-year Bachelor of Journalism student at La Trobe University: You can follow him on Twitter: @shenks7.