After a cracking year of English Premier League action, here are the top 10 moments that left a lasting memory on the football world.

Considered by many as nothing more than an honest, Premier League standard side, West Bromwich Albion have started the 2012/13 season with gusto. Under new manager Steve Clarke, the Baggies proudly occupy fifth spot on the table and are equal third for points with eight wins, two draws and five losses.

Having beaten Liverpool, Everton and Chelsea amongst others, Albion will be dreaming of maintaining their strong form into 2013 and playing off in the Champions League. 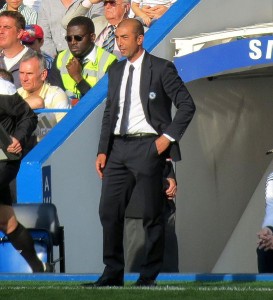 Chelsea boss Roman Abramovich has earned the reputation as an owner with extremely high expectations, and an even higher propensity to pull the managerial trigger. Since his arrival in 2003, the Blues have had 10 managers, and three of those in 2012.

Andre Villas-Boas was hired in June 2011, and fired in March 2012, following underwhelming league performances and difficulties with senior players. AVB was replaced by assistant Roberto Di Matteo (left), and within three months the interim boss led the Blues to FA Cup and Champions League glory, prompting a two-year deal to be penned in mid June.

However, four consecutive winless matches in the league meant Di Matteo was given his marching orders on the 21st of November, replaced by former Liverpool boss Rafael Benitez.

Robin van Persie scored 30 league goals in 2011/12 to win the Premier League golden boot award, and was the major catalyst for Arsenal’s recovery from a poor start to finish third. However, he quickly turned from hero to villain.

Mass speculation surrounded RVP’s playing future during the transfer window and on the 17th of August, the Gunners talisman signed for rivals Manchester United.

With nine matches remaining in the 2011/12 season, Wigan Athletic were floundering in last place on the table and relegation was an increasingly real possibility. Having won just four games to that point and facing an extremely tough closing run of fixtures, the Latics prospects looked bleak.

But not for the first time under manager Roberto Martinez, they pulled a rabbit from the hat and produced a remarkable burst of form. Beating the likes of Liverpool, Manchester United, Arsenal and Newcastle United, Wigan won seven of their last nine games to finish comfortably seven points clear of the dreaded drop. 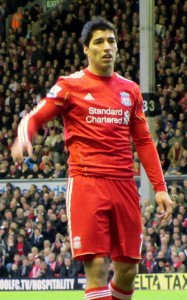 In December 2011, Liverpool’s Luis Suarez was found guilty and suspended for eight matches due to alleged racial abuse directed toward Manchester United’s Patrice Evra. The enigmatic striker publicly declared his frustration with the accusations, findings and investigation process, making his feelings even clearer prior to the February 2012 fixture, the first between the sides since the incident.

Huge interest surrounded whether the players would shake hands, and unfortunately the hype was justified. Suarez approached Evra and appeared to drop his hand, prompting Evra to grab Suarez’s arm in disgust.

The stage was set. Three matches left in the season and just three points separating first placed Manchester United and second placed Manchester City. The perennial champions versus the challengers in what was dubbed the biggest Manchester derby ever.

Newcastle United’s Papiss Cisse had an instant impact in the EPL, helping the Magpies to a highly impressive fifth placed finish. His performance against Chelsea at Stamford Bridge will live on in the memories of many, producing an exceptional double that included one of the most awe-inspiring pieces of individual brilliance.

From a throw-in, Shola Ameobi chested down to Cisse near the left edge of the box. Rather than taking a touch, Cisse audaciously hit a curling strike with the outside of his right boot, swinging and dipping over the head of Chelsea goalkeeper Petr Cech into the far corner. It was rightfully awarded goal of the season.

3. An eight-goal thriller, and a title changer

Twice recovering from two goal deficits, the Toffees refused to surrender and thoroughly deserved a share of the spoils in the epic 4 – 4 encounter. Two goals in two minutes from Nikica Jelavic and Steven Pienaar approaching stoppage time stunned the Red Devils and once again blew the title race wide open.

For 23 years, the Liverpool Football Club and the broader Liverpool community have been haunted by the Hillsborough disaster. In the 1989 FA Cup semi-final between Liverpool and Nottingham Forest at Hillsborough Stadium, 96 spectators were killed and more than 700 injured when overcrowding caused a human crush. Adding further pain, the behaviour of Liverpool supporters was unfairly tainted, with those involved accused of contributing to their own deaths and injuries.

In September 2012, the Hillsborough Independent Panel constructed by the British government found that the Reds fans were not responsible for the fatalities, and that authorities had concealed or altered relevant information.

As a sign of respect, Manchester United collaborated with Liverpool to pay tribute in the first match at Anfield following the findings. Both sets of players wore shirts with the number 96, the crowd collectively spelt out ‘the truth’ and ‘justice,’ while 96 balloons were released by captains Ryan Giggs and Steven Gerrard.

The words of FoxSports commentator Peter Drury perfectly encapsulated the euphoria at Etihad Stadium, as Sergio Aguero’s last gasp strike put Manchester City 3 – 2 ahead of Queens Park Rangers in the most incredible circumstances, having come from 2 – 1 behind at the beginning of added time.

The victory ensured the Sky Blues would be crowned Premier League champions for the first time since 1968. It was a final matchday unparalleled for drama and raw emotion, with Manchester United finishing second to their ‘noisy neighbours’ in the only EPL title race decided by goal difference.

Paul Bastin is a third-year Bachelor of Media Studies student at La Trobe University. You can follow him on Twitter:@paulbastin10