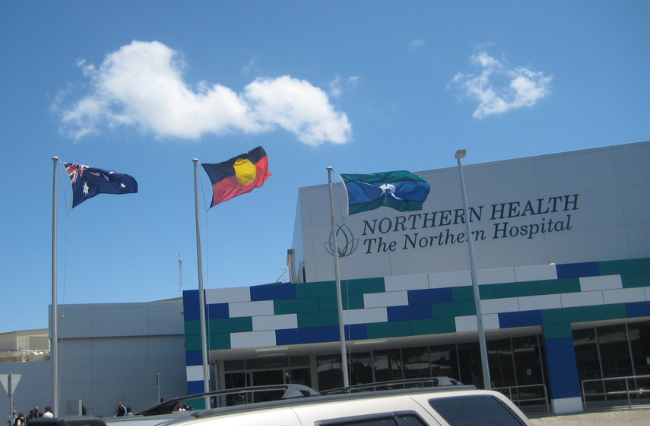 Three men have been charged over a brawl that occurred at the Northern hospital in Epping leaving two police officers and three security guards injured.

Senior Constable Tim Bail said that there were about 15 people gathered outside the hospital when the three men tried to go in and see a patient just after midnight.

It is understood that the men were trying to see a patient who had died of COVID-19.

Senior Constable Bail said that the group of 15 were asked to leave by hospital staff and an altercation took place.

The two police officers and three security guards involved were being treated for non-life-threatening injuries.

A Northern Health spokesperson said Victoria police attended and were dealing with the matter.

“There was an incident early Monday morning at Northern Hospital Epping, where a number of family members attempting to access the hospital exhibited unacceptable behaviour.”

The three men arrested have been bailed to face the Heidleberg Magistrates’ court on February 28 next year.

Photo: Aboriginal flags Northern Hospital Epping by Kazadams and is used under a CC BY-SA 3.0 licence. The image has been resized.