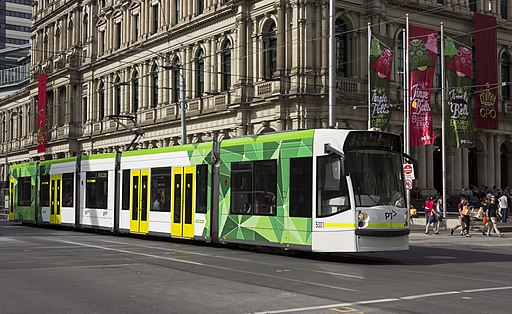 There will be three days of public transport disruptions in Melbourne, as Yarra Trams employees strike today, before major upgrade and maintenance works on train lines.

The strike over a pay dispute will be from 10am to 2pm, with only limited bus replacements on some lines.

The CEO of Public Transport Victoria, Jeroen Weimar told the ABC he is disappointed negotiations have led to strikes,

“This dispute will inconvenience the thousands of Victorians who rely on Melbourne’s trams to get where they need to go each day,” he said.

This morning, public transport spokesperson Georgia Main tweeted a network map detailing bus replacements, including the 86 line, which will only have buses running every 30 minutes.

No trams will run in Melbourne between 10-2pm. We expect trams to start heading back to depots just after 9am. 🚃 pic.twitter.com/50Zs5sQ4WF

The train lines affected by works will be closed from 8.20pm tonight until the last train on Sunday. Buses will replace sections of the Cranbourne, Packenham, Frankston, Sandringham, Werribee, Williamstown, Sunbury, Craigieburn and Upfield lines, as well as Vline’s Geelong, Warrnambool and Gippsland lines.

There will also be minor disruptions from Monday, when parts of Flinders Street will become closed for Metro Tunnel works. The closure will last three years.

Photo: Melbourne Tram By Liamdavies available HERE and used under a Creative Commons Attribution. The image has not been modified.