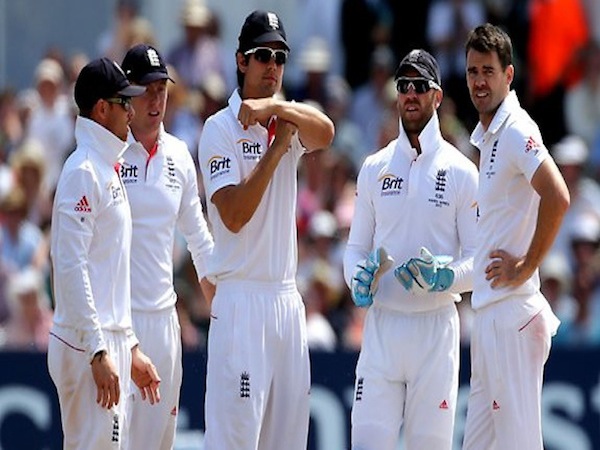 On a day in which the third test slipped away from Australia, so did its chances of returning the urn before the much anticipated Ashes series on home soil in late November.

However, one talking point reigned supreme: the decision review system (or simply DRS).

England’s weather was defiant on day five of the third test at Old Trafford – more defiant than three of its top four batsmen who all perished during the morning session.

Australia looked on course for a stunning upset, if England’s weather was kind to it and let an incredible test match play its course.

It was a remarkable test match for many reasons.

Australia won the toss and elected to bat first on what looked like a batsmen’s paradise on day one.

Captain Michael Clarke’s blistering 187 set up almost an unlosable position for the Aussies, with Chris Rogers and Steven Smith aptly playing their part.

This all came after the most controversial decision of a series that had already been marred by strange umpiring decisions and even more perplexing third umpire reviews through the DRS.

In a commanding position on day one, Australia was cruising at 1-82, with Rogers playing the best knock of his short career and Usman Khawaja fighting for his.

A sharp turning off-break to the left handed Khawaja sealed his fate. The ball spun and bounced so much it looked to umpire Tony Hill that the only possible outcome was a nick.

Replays clearly showed there was no contact between bat and ball and that the decision should have been overturned.

After being demoted from field umpire following a poor second test, Dharmasena was the third umpire for the match and the man who sealed Khawaja’s fate and possibly put his career in jeopardy.

No mark on hot spot and a clear gap between bat and ball was surely enough to overturn the decision and get back on with the game, but what followed was staggering.

The on-field decision was upheld and Khawaja was sent packing.

I’ve just sat down to watch the test. That was one of the worst cricket umpiring decisions I have ever seen. KRudd

Hot spot and DRS was put under further scrutiny on day five of the test when first innings century-maker Kevin Pieterson was given out in similar fashion.

Pieterson played a ball away from his body, a faint noise followed and into the gloves of Brad Haddin who looked certain that the big Englishmen had nicked it. Peter Siddle, the bowler, didn’t look so sure. When Pieterson was given his marching orders he reacted furiously as he requested a review.

Once again nothing appeared on hot spot but the audio was the sticking point, along with the on-field decision. Dharmasena again upheld the decision to the bewilderment of most watching.

The hot spot technology is definitely flawed and needs to be removed from DRS if it is not going to used to prove what it shows.

Former England captain Michael Vaughan is of the same opinion. When asked about hotspot, as the controversial element in DRS, he called for its removal.

“There is so much confusion, and I think everyone has lost trust in it, the umpires have, the players have, and because of that I wouldn’t use it anymore. I think it’s time it got put on the shelf,” he said.

The Board of Cricket Control in India (BCCI) has been against the DRS system since day one and has not used it in any of its home series, most notably earlier this year against Australia.

The backlash the Board received was tremendous. Cricket Australia and the England & Wales Cricket Board would certainly be applauding the BCCI’s decision now. Both team captains stated that they would like to continue to have DRS at their disposal, and I would agree. However the technology and how the umpires adjudicate their findings needs to be sternly looked at.

The DRS was introduced to ‘eliminate the howler’, however all it seems to be doing in its current state is creating howlers.

Ryan Lepore is a third year Bachelor of Sports Journalism student at La Trobe University, and a staff writer for upstart. You can follow him on Twitter @ryanlepore