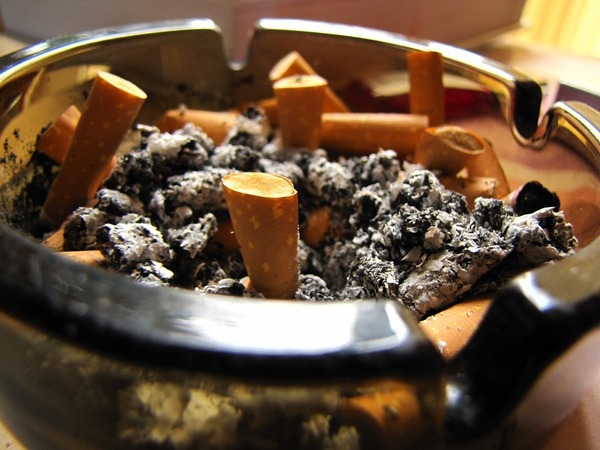 A packet of 25 cigarettes could soon cost smokers as much as $40 if the Turnbull government adopts Labor’s plan to help fund income tax cuts by leaning on smokers.

The Coalition Government is reportedly considering increasing the tobacco excise as part of its revenue measures to be released in the budget on May 3.

The move would resemble Labor’s plan to implement four more excise increases of 12.5% from 2017 to 2020, which it says could raise more than $47 million dollars in revenue over 10 years.

However with many Australians still addicted to nicotine, getting them to give up their habit is a tough ask.

One La Trobe student, Dorian Ambassa, says that the increase wouldn’t affect their habit but instead, would lead to seeking alternative supply channels.

“If they keep increasing the price it’s going to become more difficult for me to maintain it… because cigarettes are such a natural thing for me,” he tells upstart.

“I’d still buy it because it’s hard for me to quit smoking. So I’d probably look for more avenues or alternatives or even the black market.”

If Labor’s policy is implemented, then 75% of the cost of a pack of cigarettes could be tax in the coming years.

“Elasticities are not fixed numbers – they vary with the level of prices as a consumer operates at different points,” Clarke wrote on his blog earlier this year.

Although inelasticity is generally the case with tobacco consumption, this generalisation might have taken a turn.

“If demands are inelastic then increases in price will increase revenue. Demands … are becoming more elastic at high prices so the increase in revenue will be smaller and even be negative, so revenue will fall,” Clarke tells upstart.

Research has suggested that increases in the price of cigarettes have led to a decrease in the amount of tobacco consumption.

Further research published by the Australian Institute of Health and Welfare in 2014 suggested that the prevalence of smoking dropped by 15% between 2010 and 2013, with a fall in the average number of cigarettes smoked each week occurring in the same time period.

However, some interest groups have been critical of the proposal, with Scott McIntyre, a representative of British American Tobacco Australia, telling the ABC that the move would see consumers move to black markets rather than quitting.

“If the goal is to quit … you are not actually making people quit, you are just essentially having people smoking the same, but paying less for it,” he said.

However Clarke argues that while black market tobacco —known as chop chop— is a concern, its prevalence is often overblown.

“There are incentives to find alternative sources of supply and chop chop. The cigarette industry exaggerates the role of chop chop but it is an issue. Setting very high prices on legal cigarettes requires more policing of laws to prevent illegal supplies,” Clarke says.

According to research done by the Better Health Channel, at today’s price of $21 smoking a pack a day for 10 years would cost a smoker almost $77,000.

Sevil Kaya is a third-year Bachelor of Journalism at La Trobe University. You can follow her on Twitter: @sevilkayax