How are VCE students challenging social norms with art? 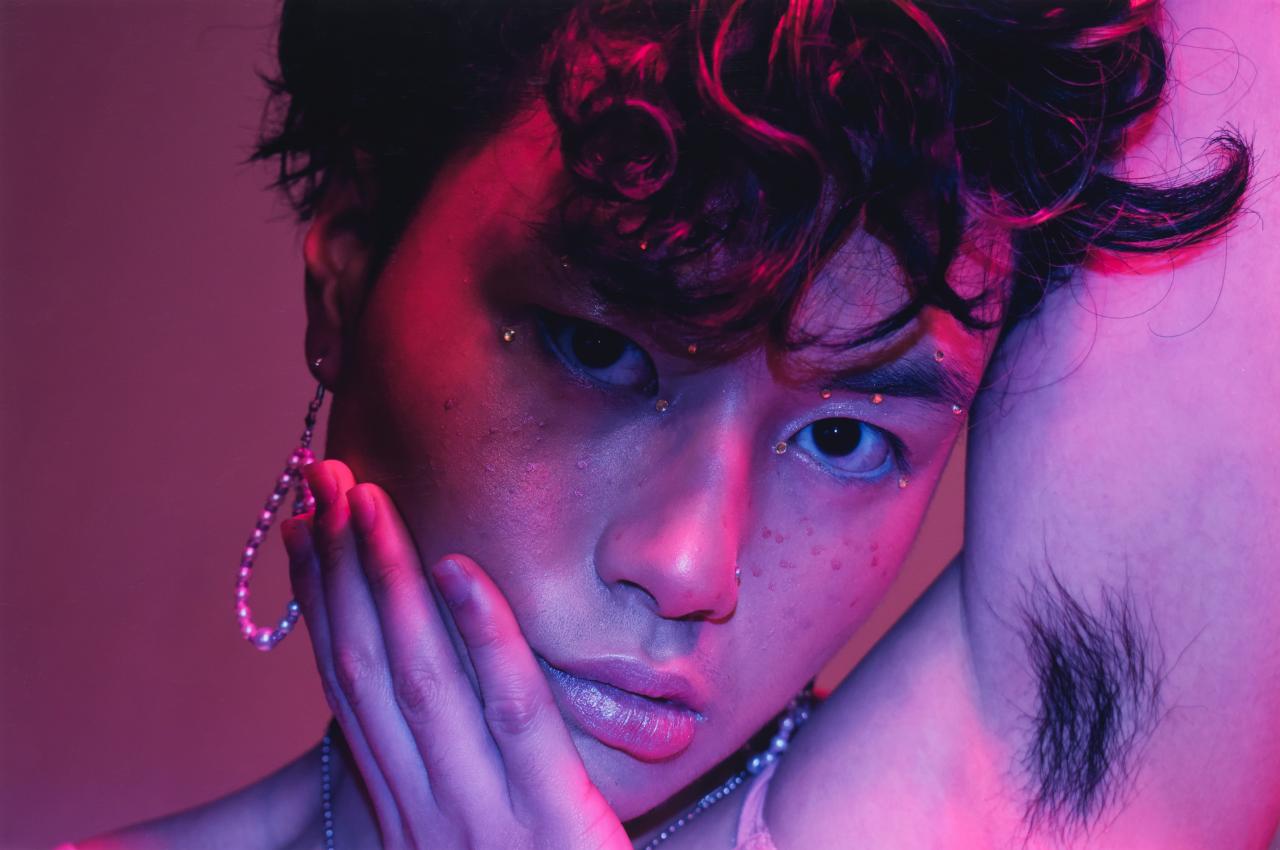 Spending a few hours at the National Gallery of Victoria (NGV) can give a glimpse of the world through the eyes of an artist, allowing observers to perceive a reality other than their own. The Top Arts exhibition is one of the events that can provoke these experiences for Victorians.

Commemorating over 26 years, Top Arts is an annual exhibition at the NGV that showcases exceptional art and studio work from students across the state under the Victorian Certificate of Education (VCE). In recent years, the exhibition has displayed new talent that depict themes related to gender, ethnicity, and identity.

Ethan Tan, a former student of Kew High School was one of 43 students to feature artwork in the Top Arts 2020 exhibit ‘perception, identity, and simpatico’. His artwork ‘Androgyny’ is a self-portrait photograph that displays the duality of gender expression and attempts to challenge conformity. Tan utilises traditional and masculine colours, alongside props like makeup to convey the complex journey of gender and encourage others to embrace their identity.

“I hope that by seeing an openly gay man displaying himself in a proud and unashamed manner, it would bring ease to the anxious queer youth and demonstrate that there is absolutely nothing to be afraid of,” he tells upstart.

The relationship between art and activism is reaching new heights, as high school-age students deliver artwork that challenges the status quo and sparks public opinion. Whether it’s about climate change or LGBTQIA+ rights, young people are drawn to art during times of crisis.

Street artist Banksy has splashed the walls and streets around the world with his political commentary since the 1990s, addressing issues from Brexit to the pandemic. Through his risky political art, critics recognise Banksy for giving voices to the forgotten, the persecuted, and the oppressed, forcing the public to face the hard issues in society.

His well-known art ‘Love Is In The Air’ (2003) depicts a Palestinian protester throwing flowers with a face of anger on the West Bank Wall that divides Israel and Palestine, highlighting the rage of the disempowered, fighting for their human rights.

Young artists like Tan are following in the footsteps of Banksy, elevating the experiences of marginalised groups.

“We have grown up in a world that hasn’t given a fair voice to the LGBTQ+ community, or any minority groups,” he says. “Now that my generation is given the chance to produce our own media and tell our own stories, it only seems natural that the stories are going to towards a more diverse telling.”

Since it was founded in 1861, the NGV has hosted multiple exhibitions exploring Indigenous, architectural, and international artwork, there’s even an entire collection dedicated to gender. Choosing gender as his studio art topic did more than confront his audience, it gave Tan the courage to take his own journey of self-discovery.

“During my final years of high school, I was really discovering who I was as a person and my sexual identity,” he says. “It was the first time in which I truly felt as though I was discovering and gaining confidence in myself.

Art activism has been influential in culture since the days of Frida Kahlo and Picasso. Kahlo’s masterpieces address controversial themes and loneliness, her canvas is her literal diary, documenting her views and experiences of everyday life.

‘Self-portrait on the Borderline between Mexico and the United States’ (1932) tells her truth of being a Mexican woman in the United States, painting herself with a small Mexican flag symbolising the mixed loyalties and emotions of living across the border. Her work inspires artists to find their own style and carve a place for themselves in the world.

Tan reminds us, that when you create an artwork, it is “cemented in this for eternity”.

Even if you burn a painting,” he says. “It will remain in the consciousness of its viewers forever, and I think that’s truly powerful. Through their artworks, artists have the ability to share their unique experience on this earth.”

Students’ artistic statements always surprise Top Arts curator and educator David Menzies. Throughout the years, he’s repeatedly seen young artists tackle issues of sexuality, ethnicity, and identity in the exhibition.  Activism seems to be a key focus when deciding on a topic.

“Students are not afraid to broach something that is a bit more emotionally with rawness. It is raw, because that’s how kids express themselves, and it is part of their language,” he tells upstart.

Menzies says the transition from year 12 to adulthood motivates students to engage in politics and the bigger ideas. He feels quite privileged to be in the position that he is in. From this perspective, he can understand how young people view the world and is astonished by the minds of these artists.

“I think for me, one of the key things is the level of expression of ideas is quite complex, and that’s why these kids keep getting into Top Arts because they are at the top of their game,” he says. “I constantly look at the work of art and I think ‘they have been made by a 17 or 18-year-old’.”

Top Arts 2021 will be presenting student artwork created during lockdown last year and will run from 26 March to 11 July.

Photo: Androgyny by Ethan Tan available HERE and used with the artist’s permission.