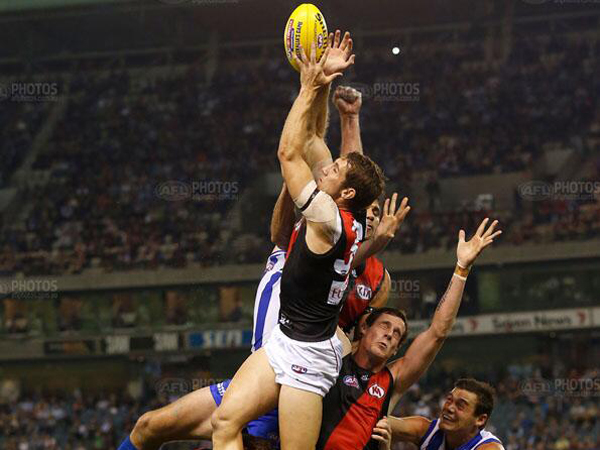 By now, let’s face it, you’ve heard of fantasy football.

To be exact, you’ve probably heard of either Supercoach or AFL Fantasy. Maybe you heard about it from a loud co-worker, a close friend who’s football mad or simply seen it flash up on a website.  Either way, it is here to stay.

Of course, for those reading this and thinking, “hang on, I’m still not one hundred per cent sure what fantasy football is”, allow me to give you a brief rundown using Supercoach as an example.

Supercoach is an online Aussie rules football fantasy game developed by Vapormedia, where you can create your very own team from current registered AFL footballers.

Fantasy teams created by users play off in games against each other weekly, where the points scored are based from the actual players match-day performances.

After years of tweaking and fine-tuning, Supercoach has brought a whole new dimension to the fans’ perspective of AFL football

With sign up still available this week, for those of you who are footy fanatics and still haven’t pulled on the fantasy football boots before, here are the top eight (no pun intended) reasons why you should consider signing up for some fun in 2014.

Picking the name for what your fantasy team is truly something special. Usually it tends to either incorporate a users own name, an AFL player name or something entirely random. Ultimately, whether you choose to be classy or creative, the power is yours.

Ever thought of trying a team theme and setting your squad apart from the rest? If you don’t want to take things to serious with your fantasy team, why not select your players all based around certain qualities. Perhaps you’re someone who adores a well crafted beard or finds ink attractive, well why not make your whole team reflect this? Of course, with choosing a theme you will be likely to miss some quality players, but it’s a unique challenge to master!

Usually in AFL, if you finish out of the top eight at the end of the season, your year is over and your next stop is at the local for ‘mad Monday’. However, in Supercoach and other fantasy leagues, if you finish in Richmond’s favourite spot on the ladder or lower, you are still to play finals. Of course it’s only the finals for the bottom half of the ladder, but it’s better than nothing.

The idea of fantasy football is that it brings groups of mates together. Each season, new bonds are forged away from the computer screen just as much as on it, through good old fashioned banter. Whether it’s the fact you picked up a rookie who dominates and your mate didn’t, or your friend has started Murray Newman on the field for 2014, have some fun with each other.

5.      Makes footy fun when your team is getting flogged

Have you ever been sitting in the stands, watching your team run around in circles and flail helplessly as the opposition dominates? Fear no more because if you’re keeping up-to-date with fantasy points, you can start barracking for certain players and forget about the heart-shattering form of your actual team.

For any of you who have been in tipping competitions over the years, how annoying is it when the person that knows the least about footy wins? Or if you forget your tips for one round and it ruins your whole season. It happens all the time. The difference with fantasy football is that much like an actual AFL team, you will win or lose but keep soldiering on. It’s the luck of the draw

Ever wished an AFL teams Guernsey consisted of a hot pink blended pattern? Well here’s your chance to make that dream a reality.

At the end of the day, fantasy football is great because of two things; it’s free and anyone can join. So to all the guys and girls playing Supercoach or AFL Fantasy this year, I wish you good luck whether you win, lose or draw.