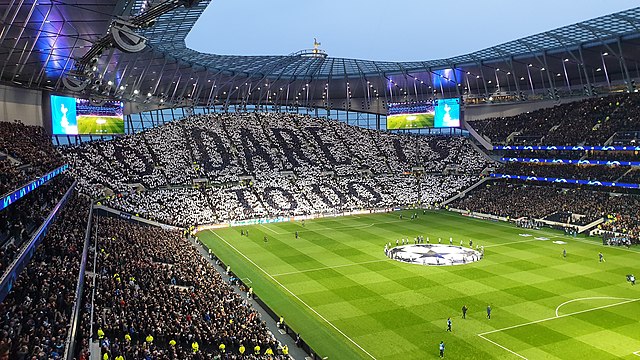 Tottenham have come from two goals down at halftime to defeat Ajax 3-2 and book their place in the Champions League final in Madrid. The Spurs were led by Lucas Moura who scored a second half hat-trick.

Lucas Moura. Tottenham. Liverpool. When we thought we’d seen it all with Liverpool and Barcelona 24 hours earlier, there was more to come. A fairytale 48 hours, one that soccer fans around the world will never forget.

On aggregate the scores were 3-3 with Ajax winning the first leg 1-0, however with Tottenham scoring a greater amount of away goals across the two legs they were deemed the winner.

Down 2-0 at half-time, Tottenham found the back of the net through midfielder Lucas Moura at the 55thminute, giving the Spurs a glimmer of hope, before scoring his second goal less than five minutes later in the 59thminute. Suddenly Ajax were starting to get nervous.

Tears of joy were present post game from Tottenham fans as well as their manager Mauricio Pochettino who was seen to be crying given the result his side had just pulled off.

However, for Dutch fans it was tears of pure sadness. It was false hope, with a 2-0 lead at halftime and 3-0 lead on aggregate it looked as though the Dutch powerhouse was set for their first champions league final appearance in over twenty years.

It was not to be, as Tottenham followed in the footsteps of its fellow English rival Liverpool with one of the greatest Champions League comebacks of all time.

Liverpool fell in the first leg to Barcelona 3-0, before returning home and winning the second leg 4-0, with a 4-3 aggregate win.

Liverpool and Tottenham meet in the Champions League final in Madrid on June 1 2019.

Photo: Tottenham Hotspur Stadium South Stand by Bluejam available here and used under a Creative Commons Attribution. The image has not been modified.