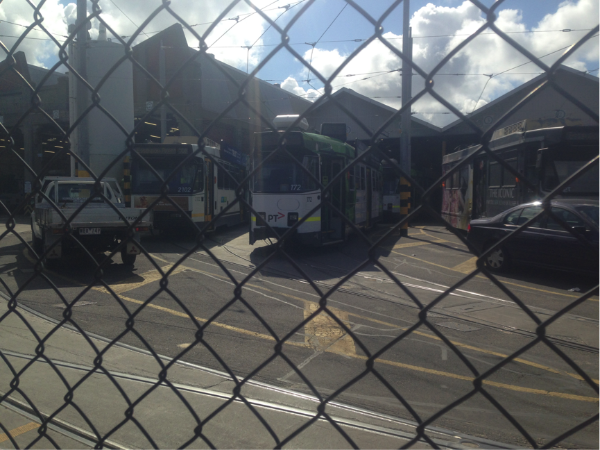 Just before midday today, tram drivers and members of the Rail, Tram and Bus Union (RTBU) joined in a rally for better pay.

The rally meant that trams were taken out of service between 10am and 2pm.

This is the fifth disruption in two weeks to Melbourne’s public transport system.

The strike is part of an ongoing dispute between Public Transport Victoria (PTV) and union groups, regarding contract negotiations.

RTBU divisional secretary, Phil Altieri, spoke to a crowd of about 200 at Union Hall in Carlton.

“We just want a fair system where everyone should have a fair go,” he said.

“We need to negotiate an agreement. The CEO says we can’t afford it, conditioning us to take industrial action.”

He said that PTV had made substantial profits this year, but tram drivers are being overworked and underpaid.

“We are not the greedy ones.”

He said that by working 14-day rosters, that include weekends, tram drivers deserve a pay rise.

With the number of fair evaders dramatically decreasing, Altieri said that PTV is earning more revenue from commuters’ travels.

“They can afford it,” he said.

“If we cannot negotiate a fair agreement we will have to keep fighting.”

As tram drivers met for the 36th time to protest fair pay, the CBD was further disrupted by taxi drivers who walked off the job.

City streets were overcrowded with commuters forced to walk. 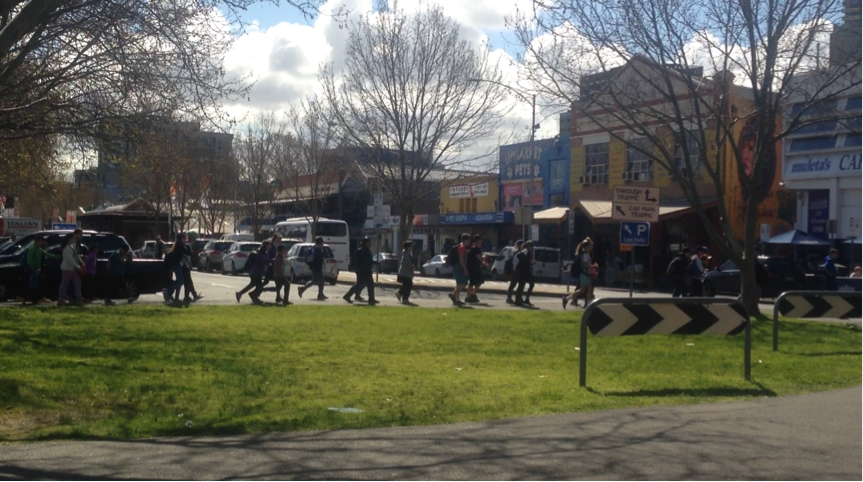 Caller James booted off w/ #tramstrike: “Everyone has been kicked off.. I’m at the corner of Hawthorn and Glen Huntly” #Faine — ABC Radio Melbourne (@774melbourne) September 9, 2015

Services were fully running again by 5pm, but are still expected to affect peak hour services.