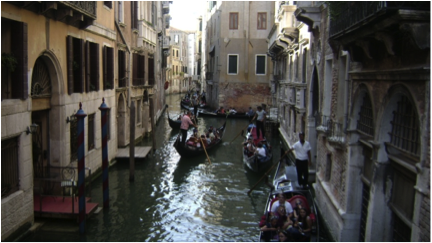 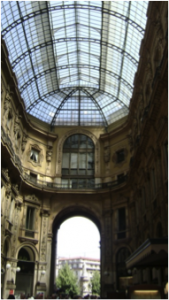 Milan is not only the fashion capital, but also the financial and business centre of Italy.  When arriving in the city it can be slightly disappointing as the fashion and the glamour doesn’t jump right out at you as one would expect. Take the time to wander around. Visit the Galleria Vittorio Emanuele II shopping arcade, with its beautiful glass dome roof and boutique shops, and the ‘Golden Quad’, where you won’t be able to afford to buy anything, but just watching the beautiful men and women flit in and out of Louis Vuitton and Dolce & Gabbana is a treat! Ladies note: The men here in their bespoke suits are reason in itself to come to Milan. The Duomo and Teatro alla Scala are definitely worth a look, but the most popular tourist attraction in the city is without a doubt Leonardo Da Vinci’s The Last Supper. NOTE: You can only get in to see it by appointment. 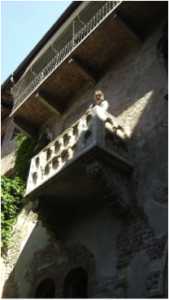 Verona, while not listed in the travel books as a must-see of Italy, was one of my favourite spots. As a bit of a self-proclaimed literature buff, I had long looked forward to the town that ol’ Bill Shakespeare used as inspiration for Two Gentlemen of Verona and more famously, Romeo and Juliet. Although Shakespeare had never actually been to Verona, it does have the small-town Italian charm that he was presumably looking for. The tourism industry here seems to exist solely as fodder for R&J fans. The town’s main (only?) source of attraction is the story, which, real or fake has resulted in a number of sights R&J fans such as myself can visit. Get your obligatory I’m-on-Juliet’s-balcony tourist photo (as I did) at Juliet’s Casa. I’m not sure the basis on which they know it was the Juliet’s house, but it was said to be owned by a ‘Capuletti’ family, and it has a balcony, so it must be, right?! Outside is the statue of Juliet whereby rubbing her right breast is said to bring luck in love, and inside is a museum containing costumes from Zafarelli’s film adaptation of the play, artwork, and interactive computerised ‘Letters to Juliet’. Apparently, for centuries people have been writing letters to Juliet asking for advice or to grant them luck in their love-lives and relationships. Other sites include Juliet’s tomb and Romeo’s house (which is a mere plaque on the wall and not really worth a visit if you ask me).

Venice. Where does one begin with Venice? Breathtakingly beautiful and idyllic, it is one of the few places that really lives up to your expectations and the romanticism the Western world imposes on it. Made up of 117 islands, it is the worst city in the world to get lost in. However, getting lost is the best case scenario in the amazing little streets and alleys in Venice. In terms of sight-seeing, the Doge’s Palace is worthwhile (and it’s worth forking out the extra cash for the VIP tour where you’re taken into the roof). The area surrounding it, Piazza San Marco, is the main tourist area. The Bell Tower, on the same square, offers supreme views and a good history lesson on Venice and the various islands. The Venetians (they very readily tell you) were a very dominating force in their day, ruling half of the Mediterranean and subsequently the history in Venice is nearly as impressive as the city itself. Peggy Guggenheim’s house and museum is well worthwhile, featuring her grandest collections of work, and her grave. It is in Venice that I sampled the best pizza I’ve ever had in my life. But, for all its splendour, one can only spend a few days in Venice due merely to the expense. The most expensive city in Italy, don’t expect to get a full tummy for less than €20. It’s also a good idea to buddy up, since a gondola ride for 45 minutes will set you back €90-100, and they fit 5-6 passengers. It easy to see why thousands everyday fork out the cost however; as you’ll never have an experience quite like cruising down the canals of Venice in a gondola, while being crooned by an Italian in the full Venetian regalia!

Alexandra Hansen is a Monash University Journalism Graduate and Global Adventurer. Follow her on Twitter @allyhan6, check out her travel blog at backpacksandsewingmachines.blogspot.com.au