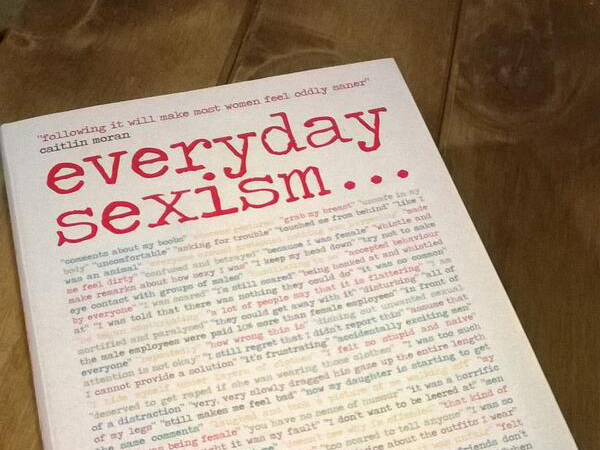 How does one simple conversation start a world-wide review on the treatment of women?

Not long ago, a conversation on Twitter was started by a UK based anti-sexual harassment project called The Everyday Sexism Project, using the hashtag #grabbed.

According to the International Business Times, the hashtag was used more than 6,000 times in a matter of hours since being posted.

Its aim? To catalogue instances of sexism experienced by women on a day-to-day basis.

The #grabbed hashtag makes for depressing reading, especially when I and every single woman I know has had it happen, numerous times.

Whether the instance is large or deemed insignificant, the forum exists to create awareness for women facing situations daily that threaten their safety, or ability to refuse consent.

Shortly after the international conversation began to attract such world-wide attention, more women began to speak out of their own personal experience regarding spatial violations instigated due to gender difference.

The conversation is based upon unveiling the sexual assault and indecency that women regularly face, and tells of situations in which the safety of women is being threatened in broad daylight, or in public, crowded places.

From young to old, women from all over the world joined the discussion. They told their own stories, and shared with the world how they had been indecently assaulted.

People who are attributing this type of culture to “this generation” on the #grabbed hashtag… I’m 50. it’s been happening all my life

The hashtag #YesAllWomen and Tumblr account When Women Refuse are acting similarly in providing public forums in which women are empowered to speak out.

Over the years, women have come to terms with the fact that a night out will probably include more than a few offers of free drinks, butt grabs, and inappropriate proposals.

I too, have experienced some of the aforementioned, but not just on a night out.

When did this become socially acceptable? Clearly many people are in the same places at these establishments, causing for close proximity issues, but why does that then take away from a woman’s ability to have a god night, undisturbed by groping, touching and indecency?

This kind of behavior, although most would turn a blind eye to, or simply not recognize as form of assault, can happen at any time, anywhere.

The posts and comments shared on social media platforms all bear the similarities women face daily, in having their personal space violated at the hands of perpetrators who deem it ‘okay’ or ‘socially acceptable’.

Laura Bates, founder of Everyday Sexism told The International Business Time about the seriousness of the campaign.

“Countless testimonies added to the #Grabbed hashtag specifically mentioned that the victim has been silenced – told it was a joke, or they were making a big deal out about nothing,” she said.

“There is an enormous gulf between what women are protected from by law and what society has normalized to such an extent that they receive the message they should just get used to it and not make fuss.”

In these instances, it is almost impossible for one be aware if they are on the brink of having their personal space violated in the form of a sexual assault.

The Australian Centre for the Study of Sexual Assault tells explains in its resource sheet that it is not only the victim’s experiences that determine the credibility of the assault, but also that the victim’s mental state and knowledge are taken into consideration.

This explains that once a woman is affected mentally, which oftentimes is the result of such encounters, this very experience is regarded as a personal breach.

In 2004, the concept of consent was changed to include statements like, “there must be free agreement between all parties, with no coercion, force or intimidation of any kind”, and “the consent of the other party should never be assumed”.

These reforms were brought about in an attempt to move away from ‘passive’ models of consent, in which consent could be assumed. Too many men assume it is okay to put their hands on a woman, and too many women pass off the situation as ‘lighthearted’ or ‘not a big deal’.

I have lost count of how many times I was #grabbed esp in my teens &20s. Just told to ‘lighten up’ when I complained! @EverydaySexism

This relaxed response from women not just in Australia, but all over the world demonstrates a severe lack of understanding and naivety concerning the culture of sexism.

When you pass off a situation as ‘nothing’, it is that same lackluster attitude not stopping it from happening again, to someone else.

Women shouldn’t have to be afraid to go out during the day or night because they fear for their safety, and no woman should have to think twice about how they look, in fear of attracting unwanted attention.

The next question is, how do we make change for the safety of generations to come?