Telstra cables were damaged by a lightning strike in NSW, leading to issues with emergency services calls in four states. 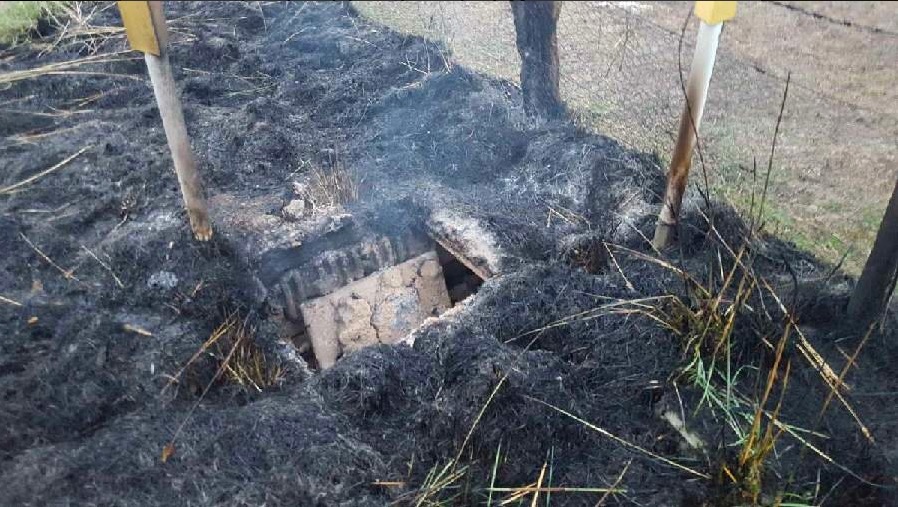 Telstra reported early this morning that the cable had been cut by “an unknown party” at 2:05am, between Orange and Bowral in New South Wales.

However an update from the telco at 11:33am said that “the restoration of the cable in NSW has been completed,” and that triple-0 services are returning to normal.

The damage meant some people were unable to call triple-0, with one “non-life threatening call” in Queensland met with a five minute delay. 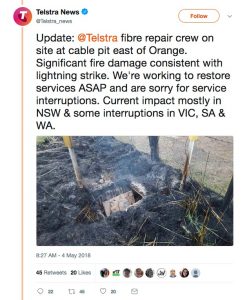 All of these services, as well as ACT and South Australian emergency services, have provided alternate numbers for any person having trouble with the triple-0 line.

Victoria’s Emergency Services Commissioner, Craig Lapsley, said that the problems seem to have been resolved in Victoria.

“It’s back up, we’re seeing all calls in Victoria being received,” he said.

He said that his organisation were perplexed when notified of the problem and its cause.

“We were a little lost about how an outage in New South Wales has a big impact across other states, including Victoria,” he said.

The outage has also affected traffic lights in Victoria, with 700 sets of lights reportedly affected.

VicRoads said this morning that the impacted lights were operating but their normal sequencing may change, which could cause traffic delays.

Telstra says it is working with emergency services, the government and enterprise customers to manage any residual issues.