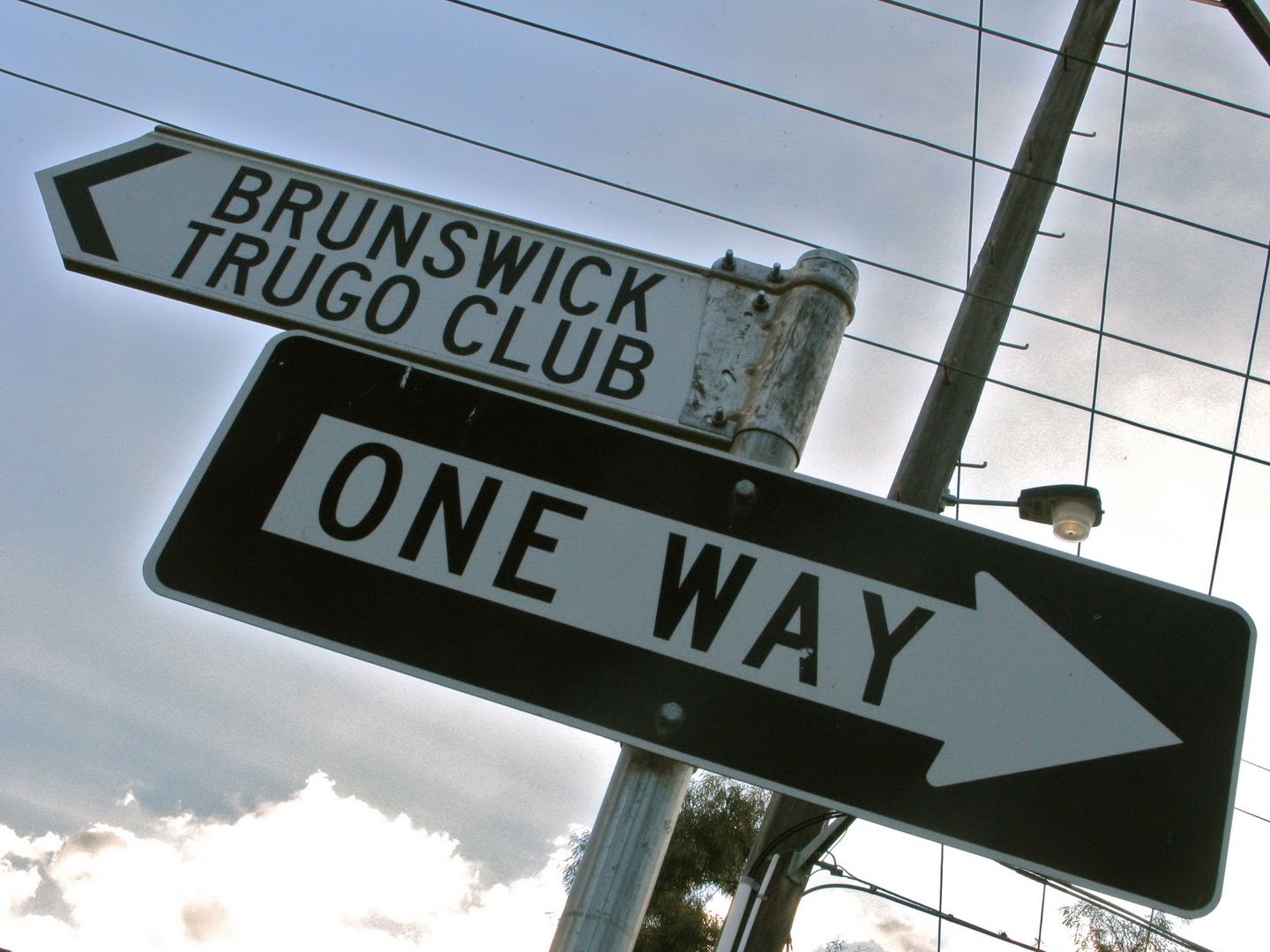 Nestled in the heart of Yarraville at Beaton Reserve, lies the oldest club of one of Melbourne’s few indigenous sports. If you didn’t know any better, you would walk right by it or assume it’s a bowls green. However, what you would really be looking at is one of the few remaining establishments of a small but passionate sporting competition with a rich history and a grim future.

Trugo is a somewhat unconventional sport, best described as a hybrid of lawn bowls, wood chopping and croquet. It involves a flat green similar to a bowls, where players stand at one end and attempt to hit a rubber ring through the goalposts at the other end.

The hitting action involves standing with back facing the goal with feet either side of the ring and striking it with a mallet in a swinging motion. Each player takes a total of 24 shots, and can compete in singles, pairs and fours. The player or team with the most goals after all shots are completed is the winner.

Trugo was invented in the Newport Railway Workshops of Melbourne’s west in the 1920’s, when bored railway workers sought to create a game with the tools they had available. Playing in an area equal to the length of a carriage and goals the width between seats, the workers used sledgehammers to hit rubber components of train buffers.

90 years on, a dedicated band of players still exist, who hold together the iconic sport. However, player numbers are dwindling and trugo faces extinction as its ageing enthusiastic participants retire from the game.

The Victorian Trugo Association (VTA) and its various clubs have tried many means of promotion, with coverage across all media forms, advertisements in newspapers, and exhibition games. However, this has come to little avail and recruits have been increasingly difficult to come by.

When the Footscray Trugo Club was forced to close in 2009 after operating for 70 years, the current president Andrew McMillan reflected on the companionship and culture of trugo.

“Trugo became a sport in which there was equality and everyone could join in. I think it’s true to say the sport has been an influence for good in bringing all the cultural groups, of men particularly, together.”

Over the years, this has become a key part of trugo culture. While players compete with a passion familiar to Melbourne’s iconic love of sport, at the end of the day the result is less important than the sense of mateship this community has.

After the closure of the Footscray club, John McMahon of the VTA and part of the club at Yarraville was committed to keeping the sport alive.

“Yarraville is the first club so we don’t want it to go and we’ll do anything to promote the game. We’ve just got to get them started. Once they get addicted, that’s it. It’s a great lifestyle.”

The club still runs, but faces similar problems to those that have been driven to closure over the years. A year long membership costs a mere $15, a miniscule sum which could arguably be raised to gather funds for further exposure.

The fact that I struggled to make contact with the VTA seemed a poignant summary of the direction trugo is heading. It would be huge loss if it were to fade away simply due to a lack of awareness.

If you are interested in learning more or becoming involved, go to http://www.trugo.org.au or contact John McMahon at
john.mcmahon@trugo.org.au.

Andrew Miller is a third year Sport Journalism student at La Trobe University and a member of the upstart team. You can follow him on twitter @AndrewTPMiller

Image by Peter Sackett on his blog, The Itinerant.