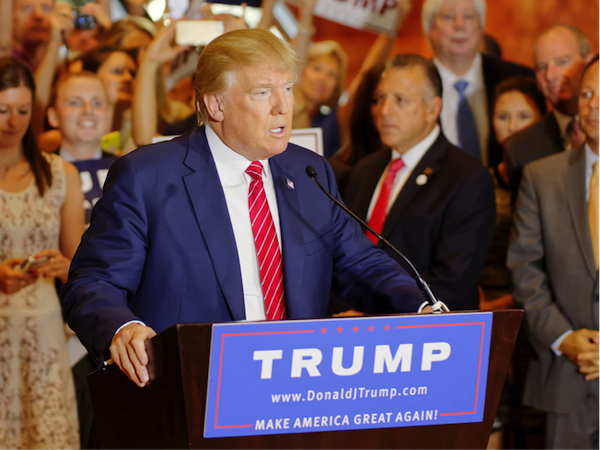 Real estate mogul Donald Trump is hoping to become the next president of the United States.

He is the firm favourite to win the Republican presidential nomination, building support through his wildly successful “Make America Great Again” campaign.

Although popular, the multi-billionaire has faced fierce backlash on the campaign trail, particularly for comparing Mexican immigrants to “killers and rapists” and asking for a “total and complete shutdown of Muslims entering the [country]”.

In this audio interview, Sheridan Lee speaks with Dr. Kumuda Simpson-Gray, a Professor of American Politics at La Trobe University, about the possibility of Trump becoming the next American president and what it would mean for Australia.

Sheridan Lee is a third year journalism student at La Trobe University. You can follow her on twitter here: @sheridanlee7.