The women’s safety summit informed the development of the next national action plan to start in mid-2022. 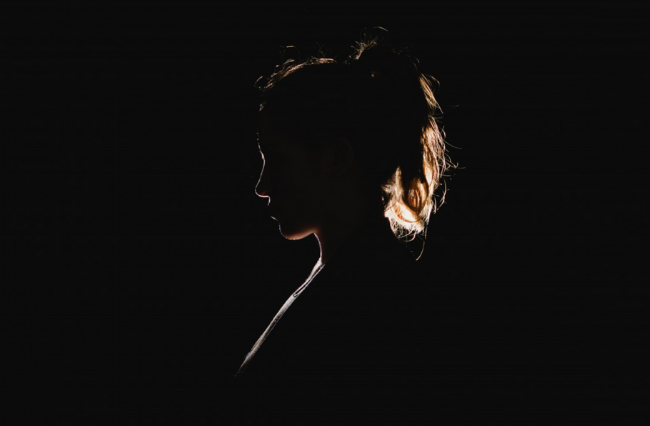 This year’s National Summit on Women’s Safety brought together experts, advocates, service providers and people with lived experiences of domestic violence, to explore the issues faced by women in Australia.

However, when the two-day virtual event, announced in response to former Liberal staffer Brittany Higgins’ allegations of rape within Parliament House, ended in a political stoush. State ministers criticised the federal government, saying it has failed to address violence towards women. This calls into question: Is two days enough to discuss the problems faced by Australian women?

The first National Plan to Reduce Violence Against Women and their Children in 2010 found that one in three Australian women had suffered physical violence since the age of 15, and nearly one in five had experienced sexual violence. A decade later, the twenty-twenties have already counted hundreds of Australian women murdered by a current or former partner, uncovered several claims of sexual assault in the corridors of Federal Parliament, and watched thousands of rallies across the country in support of gender equality and justice.

“The stark reality is that all Australian governments have much more work to do in preventing family domestic and sexual violence,” the inquiry found.

CEO of Rape and Domestic Violence Services, Hayley Foster, attended this year’s summit. She tells upstart that the robust discussions had at the event addressed sexual, domestic and family violence, and will bring meaningful change to the next national plan which is in July next year.

“The National Women’s Safety Summit allowed us to come together and ensure the next plan builds on this success and keeps this important conversation on the radar,” she says.

“I believe it was an important moment for all stakeholders to come together to make sure we all continue working collaboratively to create significant change.”

Implications from the COVID-19 pandemic have further highlighted inadequacies in dealing with rape and domestic violence. The Australian Institute of Criminology found an increase in the prevalence and severity of domestic violence among women since 2020. In the next plan, Foster expects the government to better support public services helping people and families subjected to violence and abuse.

“This includes [reversing] severe underfunding of services and the need for the new plan to acknowledge and systematically address barriers faced by priority populations,” she says.

According to Foster, the existing plan did not address the core causes of gender-based violence, gender inequality and the associated hurdles that exist for minority groups in Australia.

“The new plan must address the underlying systemic drivers of gender-based violence; the main one of which is gender inequality. We must address the barriers faced by Indigenous people, culturally and linguistically diverse people, people with disabilities and LGBTQIA+ people,” she says.

“These populations experience violence at higher rates and in different ways, yet they don’t have the same access to services and protections. We must find ways for them to be heard and invest in the services they need to be safe and live free from violence.”

One idea that has been proposed for the new national scheme includes a separate domestic violence plan for Indigenous women. According to Our Watch’s Changing the Picture report, Aboriginal and Torres Strait Islander women are 11 times more likely than other women to die as a result of physical assault. This reveals greater rates of violence connected to intergenerational trauma and colonisation.

Human rights and social justice advocate, Hana Assafiri, tells upstart the previous plan failed them because the mechanisms and the strategy needed to influence inclusion, resolution and reconciliation weren’t there for First Nations people.

An Indigenous reconciliation advocate at Media Diversity Australia, Assafiri says the summit happened in the historical and social context of Australia’s treatment towards its First Nations people. She says that despite the rhetoric and acknowledgment of First Nations people, that “behavioral change, systematic incorporation and inclusion of these issues has not happened”.

“Token inclusion has been the consistent experience and the consistent issue with how we endeavour to understand and speak about the issues impacting First Nations people.”

According to Assifir, marginalisation is also problematic because when women’s safety is discussed, other influential factors impacting Indigenous Australians, such as the severe impacts of climate change and racial discrimination, are not addressed.

“We don’t understand diversity and inclusion and we don’t have active anti-racist strategies that enable us to begin to question the systems which are built on marginalising.”

Last July, Senator for Victoria, Lidia Thorpe, highlighted the government’s inaction towards Aboriginal people dying from preventable deaths in police custody. Assafiri believes Australia does not integrate and understand racism and its impact on First Nations women, either, and that Indigenous women experience racial inequality more often as they are charged with trivial crimes, resulting in separation from their children.

“Initially, it was the removal of Aboriginal children by an entire system. But now, it’s happening on a ‘de facto’ system. When Aboriginal women come in contact with the [criminal] system, we take their kids away because we deem them unfit because they end up incarcerated,” she says.

Assififir believes it is the responsibility of every Australian to consider the past trauma experienced by First Nations People and to advocate the causes of Indigenous women who are often subjugated in society. To achieve genuine reconciliation for the history of the country, the government must start offering and reforming systems so that they are relevant to First Nations people.

Multiculturalism is also a barrier to understanding women’s safety. According to Assafiri, the nation does not recognize the intersectional reality of communities and women living in a multi-cultural society. As a result, she says we need to be more inclusive as a community.

At the closure of this year’s summit, sexual assault survivors advocate, Grace Tame, said the event had been addressed poorly, highlighting that two days is never going to be enough to discuss the dangers faced by Australian women. However, she also said that the summit was not the only platform that could be used to create change.

While some of the recommendations have been considered at the last meeting, it remains to be seen whether the Morrison government will act upon them to make a real and sustained reduction in the levels of violence against women and their children.