For some with diabetes, the fear of complications puts them off exercise. Experts say this should not be the case. 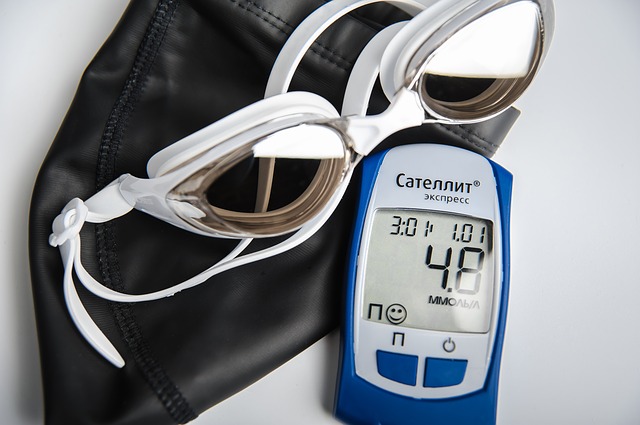 The pressures associated with elite sport can be demanding enough for any athlete, let alone when you’re simultaneously managing a potentially life-threatening condition.

For Jack Fitzpatrick, this was the reality he was confronted with on the eve of his twenty-first birthday. The Melbourne-listed AFL footballer was diagnosed with type 1 diabetes, an autoimmune condition which is the result of the inability of the pancreas to produce insulin.

Fitzpatrick says that he was somewhat fortunate to be diagnosed at that time of his life, given the routine and discipline afforded by a professional athlete’s lifestyle.

“I don’t think that it was as drastic for me as it otherwise might have been for people of a similar demographic because my lifestyle choices at the time were quite good,” he tells upstart.

Now, Fitzpatrick’s seven-year journey in the AFL might serve as inspiration for others living with type 1 diabetes, showing them that their condition also doesn’t have to prevent them from maintaining an active lifestyle.

According to the Australian Institute of Health and Welfare (AIHW), there were around 47,800 new cases of type 1 diabetes diagnosed between 2000 and 2018. This marks an average of seven cases per day.

For many in the community living with the condition, the short-term risk of hypoglycaemia can act as a deterrent from being physically active. This is the result of blood glucose levels becoming too low , whereby the blood stream ‘burns up’ glucose to expend energy, potentially causing someone with type 1 diabetes to succumb to headaches, dizziness and in severe cases, loss of consciousness.

However, with the support of a diabetes care management team, sport and exercise can remain a constant in the lives of those impacted. In fact, according to Diabetes Australia, regular exercise can help insulin work more effectively, lower blood pressure and reduce the risk of heart disease for a type 1 diabetic.

Nicole French, accredited exercise physiologist and founder of Exercise for Rehabilitation & Health, says that the fear of the unknown can lead to apprehension in committing to regular exercise.

“If we look at what is that main challenge to maybe starting or initiating a program, it’s generally based around fear of hypo [hypoglycaemia] and uncertainty of knowing what to do and how they are going to respond individually to exercise,” she tells upstart.

So, how can these barriers be broken down?

Louisa Sikaris, an accredited exercise physiologist who also lives with type 1 diabetes, says that an important aspect of exercise and management of the condition is looking at what can be gained from doing the exercise in the first place.

“In terms of a physiological benefit, particularly for people living with type 1 [diabetes], we have to make sure that we’re living quite a sustained healthy lifestyle,” she tells upstart.

Fitzpatrick says that it was his mindset towards type 1 diabetes that helped him remain positive throughout his AFL playing days and post retirement.

“You can’t beat it, it’s something you live with. So rather than trying to go against it, I consider it my best friend,” he says.

A game against the Western Bulldogs in 2015 would serve as a memorable moment for Fitzpatrick in overcoming adversity. Despite following his usual regimented routine, Fitzpatrick’s sugar levels were considerably higher than normal on matchday.

With the Melbourne theme song ringing around the MCG and his teammates preparing to run through the banner, Fitzpatrick found himself injecting insulin only moments before walking out onto the field.

Two hours later and Fitzpatrick had played a pivotal role in helping his side claim victory.

Fitzpatrick says it was one of the most fulfilling moments of his AFL career.

“The fact that I not only got through that game and my sugars were ok, but I played well, that’s one of my most favourite cherished football memories because I could’ve quite easily made up excuses…”

However, openly sharing the condition to others in a team environment can prove to be a daunting experience. Thomas Black, a 20-year-old living with type 1 diabetes, says that he has learnt to overcome the initial fear of speaking to his local basketball teammates about his condition.

“I guess it’s important that your teammates get to know that if there is something wrong with you, that things will be ok and you know how to treat it,” he tells upstart.

Importantly, balancing type 1 diabetes with sport and exercise is not something which needs to be done alone. In conjunction with trusted health professionals, exercise programs can be tailored to meet individual circumstances, including age and past medical history.

Nicole French says that access to peer support through organisations like Diabetes Victoria also plays a significant role because it’s drawn from lived experience, as opposed to education being delivered solely by health professionals. These avenues for networking range from support groups, podcasts, conferences, camps and many more.

As a current ambassador and podcast host for Diabetes Victoria, Fitzpatrick says that he immediately feels a special connection with others who have diabetes knowing that he’s not alone.

“If I could go back and tell myself anything, it would be to embrace the idea of talking about it earlier and not be so shy about it,” he said.

“I’m a real person with real issues that every person living with diabetes goes through.”

Article: Jonathan Potenza is a first-year Bachelor of Laws/Bachelor of Media and Communication (Journalism) student at La Trobe University. You can follow him on twitter @j_potenza15

Photo: By Stanias available HERE and used under a Creative Commons Attribution. The image has not been modified.