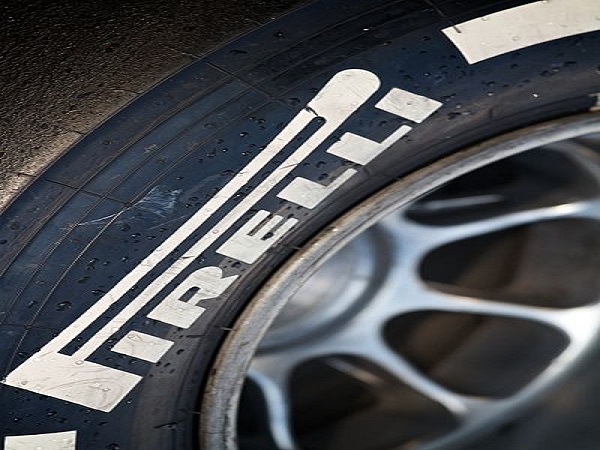 The announcement from Pirelli that they will revise the tyre specifications this season from the Canadian Grand Prix onwards has raised several questions: which teams will be favoured, and what are the implications for Formula One racing?

Pirelli announced they will test out new tyres in Canada, however, they will not be used for the main race.

The decision has come after the furore that erupted after the Spanish Grand Prix earlier this month, which put the quick-to-degrade Pirelli tyres under even more scrutiny.

Drivers and teams are aggrieved that the need to manage the tyres, which have been designed to degrade at a quick rate to ensure that teams are forced to make multiple pit-stops, have become too big a feature in races. The drivers and teams aren’t the only people concerned about the Pirelli tyres.

Spectators of the sport are frustrated that drivers are unable to push the limit of both themselves and their cars at all times because of the need to ‘nurse’ the rubber, just to ensure they are able to finish the race.

F1 is at a point now where fans are considering whether the sport has become somewhat artificial and that it just isn’t – as the late Ayrton Senna once put it – “pure racing”.

Championship-leaders Red Bull have stated that the Pirellis are in fact restricting the performance of their cars, and have done a brilliant job in convincing everyone else this is the case for all the cars.

Webber: “The tyres were so heavily flat-spotted, I was worried about damaging the car…so we decided to retire” #F1#ItalianGP

However, if you are to look at the data, there isn’t a load of difference between the Pirelli-era and that of the final season of Bridgestone being the sole tyre supplier.

BBC F1 writer Gary Anderson compiled a list of lap times and average total pit stops from the last four Spanish Grand Prix’s, and the results are somewhat surprising, given the heated debate in F1 circles. Anderson’s findings showed that while the 2010 cars on Bridgestone tyres were quicker on out and out one-lap qualifying pace than the Pirellis, the fastest laps in the races were quite similar. He points out that these statistics expose the flaws in some of the arguments currently directed at the sport.

“It undermines two key complaints being levelled at F1 at the moment: that the Pirelli tyres have dramatically affected the ability for drivers to push hard in races, and that this has markedly worsened in 2013”, he said.

It is interesting to note that when Red Bull won the 2011 Spanish Grand Prix by using a four-stop strategy, there were no complaints. However, after claiming fourth and fifth place using the same strategy in 2013, Red Bull boss Dietrich Mateschitz slammed Pirelli, calling on them to produce a hard-wearing tyre.

“Everyone knows what is happening… this has nothing to do with racing anymore. This is a competition in tyre management.

Real car racing looks different. Under the given circumstances, we can neither get the best out of our car or the drivers. There is no more real qualifying and fighting for the pole, as everyone is just saving tyres for the race.

If we would make the best of our car we would need to stop eight or 10 times during a race, depending on the track”, he said.

Evidently, this is not what’s occurring.

The #F1 Chinese GP from the #Pirelli tyres point of view! twitter.com/Pirelli_Media/…

Some suggested Pirelli bowed down to the pressure placed on them by Red Bull, but surely one of the motivations of the company to change the complexion of their tyres is to give their brand name a better look.

PR-wise, Pirelli’s time in F1 hasn’t been great due to a lot of big names in the sport constantly complaining about how they degrade far too quickly. With an average global TV audience of almost 550 million watching their tyres being shredded to pieces within minutes, Pirelli isn’t getting a good look.

So, exactly what changes are being made to the tyres?

What will the effects be?

Well, Pirelli is yet to publicly state what changes will be made to the tyres, but it is expected they will leave the front tyres as they are, but change the rears to be more similar to last year’s rubber.

The 2012 tyre was never considered to be perfect by any means, due to the ‘inside shoulder’ of the tyre typically wearing quite quickly, but by the end of the season the teams managed to get on top of the issue.

The decision to change the tyre in the middle of the season is a controversial one though, with some seeing the change as openly giving in to the demands of Red Bull, as well as the point that teams such as Lotus have built their cars ‘around the tyres’.

Altering the complexion of the tyres may mean teams will be forced to rethink the design of their cars, which could lead to aerodynamic and suspension re-designs without any on-track testing.

The aforementioned Lotus team has been the most outspoken against Pirelli’s change, and it’s easy to see why.

Whilst they may not have the out-and-out quickest car on the grid, tyre strategy is a key strong-point of the Enstone-based outfit and a major reason why Kimi Raikkonen sits only four points adrift of championship leader Sebastian Vettel.

Lotus team principle Eric Boullier said he is lamenting the fact his team was effectively being penalised for its foresight.

“As with every season, some teams do a better job than others with their designs and some drivers are more adaptable than others to the changes of car and tyre.

It is frustrating because you’ve developed a car from a set of tyre specifications which are available to everyone – for tyres that are the same for everyone – then to be told they will be changed mid season.”

If the change of tyre completely changes the complexity of the championship, questions could be asked as to whether the right man has won the world title.

The legislation could infringe on freedom of expression.

The changes will lead to significant job losses.