Gowans bounced back from an unfortunate cap-sixe to seize the moment at the National Championships years later. 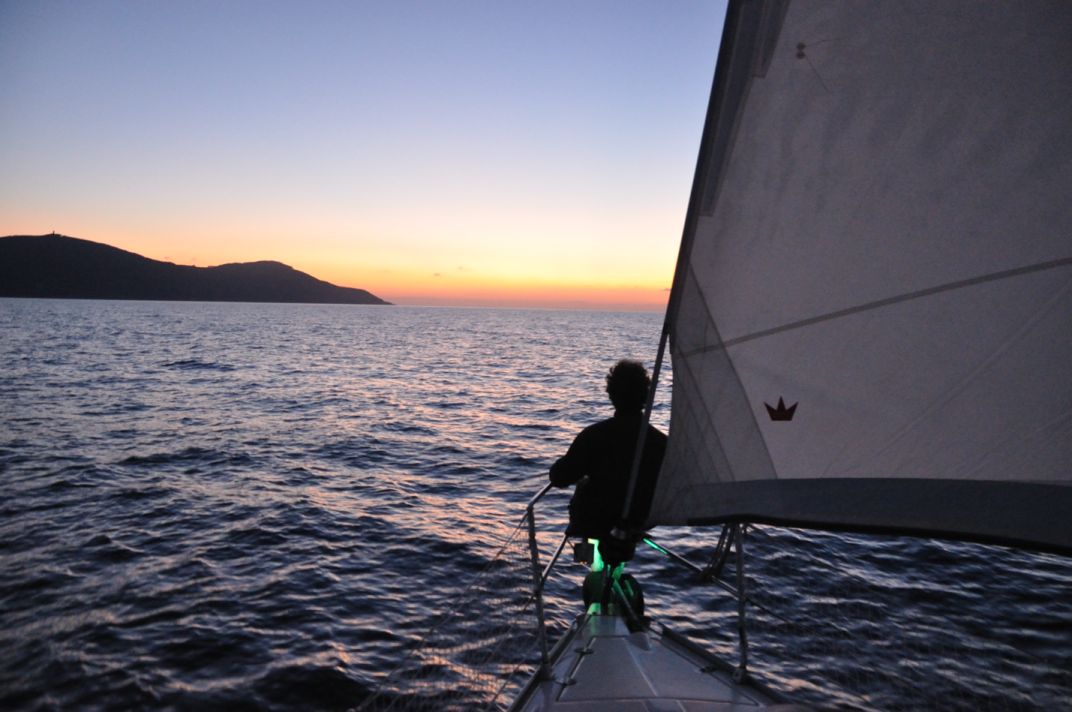 The year was 2011. The then undersized 14-year-old Tyrone Gowans was competing on the largest stage of his sailing career in Hobart in front of hundreds of onlookers crammed onto the shoreline. It was the Australian National Championships.

It was his first time competing in a new age class which features larger vessels. He climbs nervously into his new dinghy. The wind is flying over the top of Mount Wellington, whipping and cracking with ferocity and rattling his vessel as he slowly glides along the water’s surface to the starting line.

After years of sacrificed days of training, it’s now all up to himself entirely. The starting gun fires and the mad rush begins with yachts speeding off the line, except for Gowans.

Instead, he was swallowed by the merciless stabbing sensation of the freezing Tasman Sea. He capsized. Not only once, but multiple times in unforgiving conditions throughout the race.

“I was just way too light for it [the dinghy] so I was just basically drowning,” he told upstart. “I was capsizing everywhere, it was just shocking.”

“They [event officials] said it was probably the most capsizes that anyone has ever done at an event. I’m now 21 and still not a heavy wind sailor to tell you the truth.”

In what was a truly devastating and embarrassing experience, Gowans believes this was the decisive moment that helped shaped his characteristics and morals both on land and on the sea.

“That was definitely a turning point for me, an event where I grew from,” he said. “After that I just kept going out each day and trying.”

“Sailing’s a bit of a mind game with the strategy involved and reading weather patterns and boat on boat scenarios. Some sailors during and towards the end of Regattas [a type of sailing race] crumble under the pressure.”

“I think now one of my main strengths is that I can keep cool, as in level-headed, when the pressure’s on. I now try to stay focused, positive and optimistic in whatever scenarios I’m faced with.”

His positive and determined outlook on his sailing paid off in 2012 when he competed in New Zealand for their National Championships. Gowans describes this as his greatest achievement.

“I went over to New Zealand to compete in their nationals and came 20th out of about 130,” he said.

“Being able to go back to another big event and put those lessons I learnt the year before at the Australian Nationals into fruition was huge.”

Fast forward to today and the 21-year-old is “taking a break” from a hectic 12 years of competition to focus on his academics, but his determination and enthusiasm for the sport still burns furiously.

He juggles full-time work selling sailing equipment for the Sandringham Yacht Club on weekdays and dedicates his time on weekends as an instructor teaching his craft.  Once again, this is all while completing a degree in Environmental Science at Deakin University.

It gets you thinking. What sort of person dedicates their life to competing and teaching their passion, all while completing a university degree?

The answer to that is a clearly determined man that tries his best in every venture he embarks on, whether it be academic or in sailing.

For seven days a week, Gowans’ life revolves around being on the water and he absolutely loves it.

“I love to pass on my knowledge and get as many people involved into the sport as possible,” he said.

“I just enjoy boating and being out on the water. It’s grouse!”

Photo: sail by Flavio Vetus Chettafrega available HERE and used under a Creative Commons Attribution. This image has not been modified.

Ethan Marshall is a third year Bachelor of Media and Communication (Sports Journalism) student at La Trobe University. You can follow him on twitter @EthanMarshall33