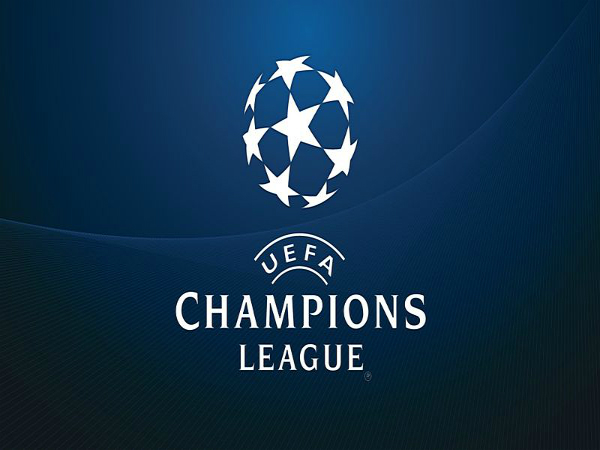 Real Madrid, Juventus, Bayern Munich and Barcelona have established themselves as Europe’s top four clubs this season and each will be desperate to make the UEFA Champions League final.

The first round will take place on 6 and 7 May with the reverse fixtures the following week on 13 and 14 May.

Real Madrid is gearing up for a tilt at back-to-back European titles, a feat that has not been achieved in the Champions League era. Juventus, on the other hand, has reached the semi-final stage for the first time since 2002-03.

Juventus will host Real Madrid in Turin on 6 May before making the trip to Spain for the second leg on 14 May.

Real Madrid is likely to welcome back attackers Karim Benzema and Gareth Bale who were missing from the side’s narrow quarter-final triumph over Atletico Madrid. The Spanish side will be without midfield general Luka Modric, however, who has been ruled out of both legs with knee ligament damage.

Madrid’s strength is in its attack as Cristiano Ronaldo and Karim Benzema have combined for 14 goals so far in the tournament.

After cruising through the group stages undefeated and only conceding two goals, Real Madrid has faltered in recent performances.

An unconvincing 5-4 aggregate win over Schalke during the round of 16 victory was followed up with a gritty quarter-final tie against cross-town rivals Atletico Madrid. The Spanish powerhouses battled out a nil-all draw in the first leg and were only separated by a last gasp winner from on-loan striker Javier Hernandez in the reverse fixture.

Gareth Bale has endured an inconsistent season in Spain that even led to jeers from fans for some below-standard performances. Should the Welshman rediscover his goal-scoring touch, which saw him net the winner in last year’s Champions League final, then the Galàcticos will be well on their way to consecutive final appearances.

Juventus will be without star midfielder Paul Pogba for the first leg of the semi-finals. The Frenchman is battling a hamstring injury but is likely to return for the second leg at the Santiago Bernabeu.

Juventus, having only recorded 13 goals so far in the Champions League, is heavily reliant on keeping the opposition scoreless. The three-pronged central defence of Giorgio Chiellini, Andrea Barzagli and Leonardo Bonucci has been resolute throughout the tournament, only conceding five goals in ten matches.

Carlos Tevez has been a standout scorer in the Juventus team this season.

Carlos Tevez has now scored 28 goals in 42 appearances for Juventus in all competitions. pic.twitter.com/iYbKGgKXLx

The Argentine forward is capable of kicking goals from any distance and will need to continue his impressive run of scoring if Juventus are to threaten Real Madrid’s hopes of consecutive appearances in the final.

Despite Juventus’s defensive fortitude, the experience and attacking threat that Real Madrid pose should see them hold off the Italian side over the two legs.

The return of Bayern Munich’s manager, Pep Guardiola, to the Camp Nou adds extra interest to this Champions League tie. Guardiola has described Barcelona as his “home” but make no mistake the Spaniard will be desperate to leave his old stomping grounds victorious.

Barcelona will host Bayern Munich on 7 May. The return fixture will take place on 13 May at the Allianz Arena.

With countless quality players all in top form, Barcelona will be confident heading into this tie. Lionel Messi, Luis Suarez and Neymar form a formidable attacking trio and have combined for 68 per cent of Barcelona’s goals this season.

Barcelona only lost one game during the group stages. The Spanish side managed to keep three clean sheets during its five victories.

Convincing aggregate wins over both Manchester City and PSG in the round of 16 and quarter-finals respectively mean that, of the remaining teams, Barcelona is in the most convincing European form.

Luis Suarez is coming into his own as a Barcelona player and he provides the biggest threat on the counter-attack. The Uruguayan forward demonstrated his one-on-one capabilities against PSG in the quarter-finals by nutmegging David Luiz on two separate occasions.

As a result, Bayern Munich will be worried if Suarez is able to isolate its defenders Dante or Jerome Boateng in a fast break scenario.

Bayern could be without striker Robert Lewandowski after he broke his jaw against Borussia Dortmund in the semi-final of the DFB Pokal. Arjen Robben will be missing after sustaining a season-ending calf injury in the same match.

The German side has had an inconsistent tournament thus far. After only losing one match in the group stages and cruising past Shakhtar Donetsk seven-nil on aggregate in the round of 16, the Bavarians slumped to a two goal loss to Porto in the first leg of the quarter-finals. Still, the German side was able to bounce back from that poor performance and score six goals in the return fixture.

The German side has slotted home 30 goals so far in the tournament, the most of any side.

In the absence of wingers Arjen Robben and Franck Ribery, Mario Gotze is key to providing attacking flair and creativity. With four goals and an assist already to his name, the midfielder has had a standout tournament and should he be able to link up with the likes of Lewandowski or Thomas Muller, the Bavarians may just be on their way to the Champions League final.

A noteworthy area of this tie surrounds the fact that both sides have a high possession game plan. Fans can expect a gritty tie as the team that does not secure their possession game may look to sit back and exercise a counter-attacking style, one which may suit Barcelona more than Bayern Munich.

The only way that a Champions League Final could garner more attention is if it were to be a “Clàsico” Champions League Final. Real Madrid’s experience should hold them in good stead against Juventus while Barcelona’s scintillating form means they are most likely to join their fiercest rivals in the Berlin final on 6 June 2015.

Matthew Santini is currently in his third year of a Bachelor of Journalism (Sport) degree at La Trobe University. You can follow him on Twitter: @MattyValentino